The IMF to Liz Truss and Kwasi Kwarteng: You’re doing it all wrong 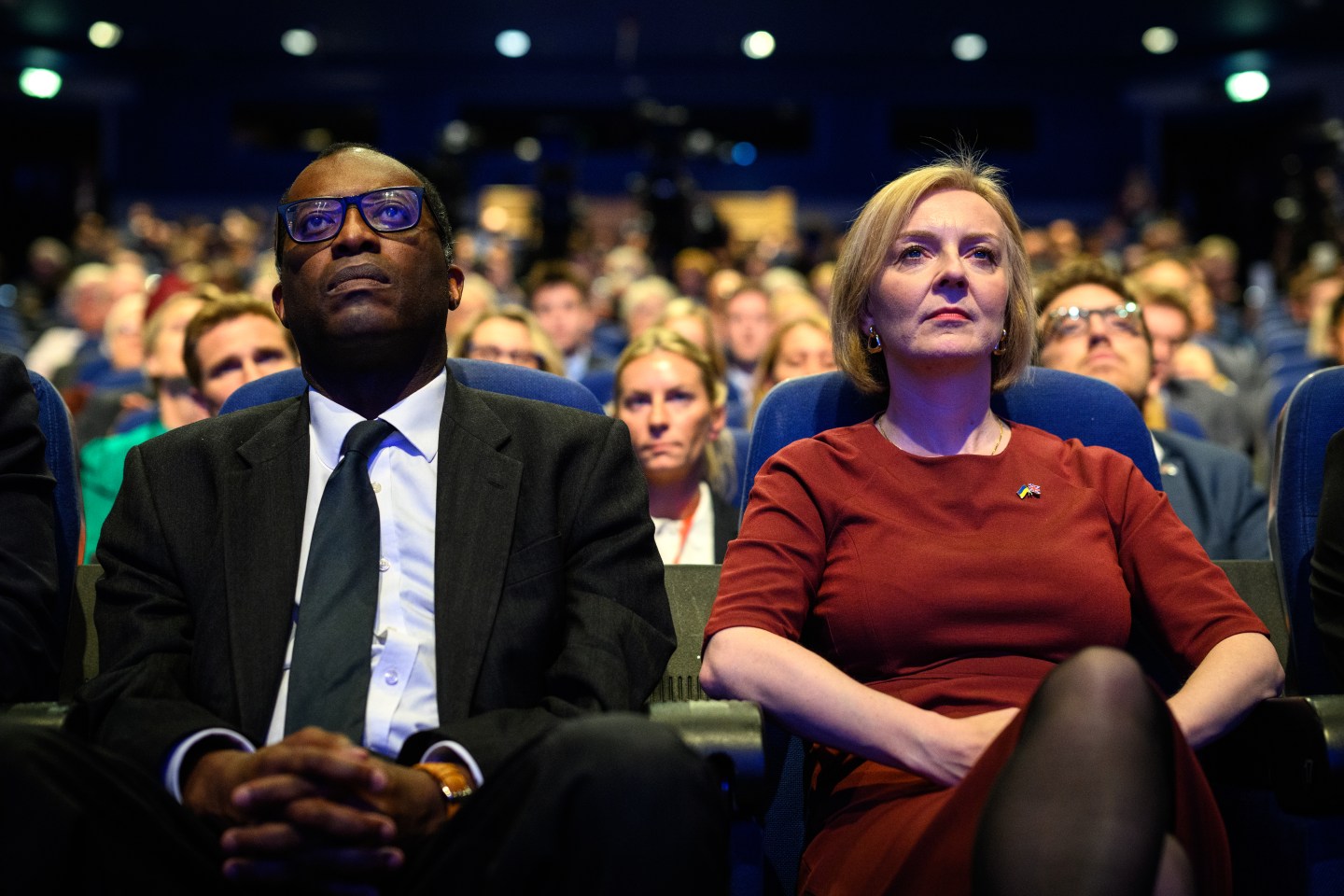 The International Monetary Fund suggested that Britain has demonstrated the wrong way to handle the cost-of-living crisis, asserting that Liz Truss’s program of tax giveaways and higher interest rates is adding to the risk of financial instability and complicating the fight against inflation.

The institution’s scathing rebuke for the UK prime minister came at the start of the IMF’s annual meetings in Washington and before the appearance of UK Chancellor of the Exchequer Kwasi Kwarteng, who arrives later in the week.

While the IMF agreed with Truss that her economic program will boost growth in the short term, it also cuts against the Bank of England’s effort to contain inflation, which is near its highest level in 40 years.

“Fiscal policy should not work at cross-purpose with monetary authorities’ efforts to bring down inflation,” said Pierre-Olivier Gourinchas, the IMF’s economic counselor, not naming the UK specifically. “Doing so will only prolong inflation and could cause serious financial instability, as recent events illustrated.”

Britain is battling a markets storm after Kwarteng published plans for £43 billion of unfunded tax cuts. That raised fears among investors that the government isn’t serious about tackling inflation and that UK borrowing will spiral out of control.

The Bank of England has stepped in with billions of pounds of emergency bond purchases, but markets remain turbulent.

Speaking to the media, Gourinchas urged the chancellor to use his Oct. 31 fiscal update to change course and withdraw some of the £43 billion stimulus unveiled last month. Aligning fiscal policy with the central bank by removing demand would help stabilize U.K. markets, he added.

“It’s very clear that stability can be improved in financial markets and more broadly with a fiscal fiscal package that is going to be consistent with that,” he said. “From that perspective, we certainly welcome the government’s announcement of a fiscal event at the end of the month and the involvement of Office for Budget Responsibility.”

He compared the U.K. policy set up, where the government is stimulating spending while the BOE is trying to dampen it, to “two people trying to hold the steering wheel” trying to turn the car in different directions. “It’s not going to work very well,” he said.

The IMF figures show UK inflation will still be at 6.3% at the end of next year, above every other Group of Seven industrial nation. The Institute for Fiscal Studies has separately estimated that the UK will need to find £60 billion of savings to bring debt down as a share of GDP in the fiscal year ending in 2027, about twice as much as the annual defense budget.

Building on criticism it started last month, the IMF said the UK Treasury and BOE acting at cross purposes. Gourinchas also attacked Truss’s growth plan and energy support package, which will stimulate the economy at a time when the BOE is fighting inflation.

Kwarteng is cutting taxes and deregulating to unleash growth, but Gourinchas suggested that using the money for investment would be a better approach.

On the energy program, which will cost £60 billion over six months, he added: “The package, aimed at assisting all families and businesses dealing with high energy prices, has scope for better targeting the vulnerable, which would lower the cost and preserve incentives to save energy.”

The implied and direct critiques overshadowed its relatively strong forecasts for the UK. Britain will grow fastest of all G-7 economies this year, at 3.6%. However, official UK data shows that it remains the only G-7 nation not to have recovered to pre-pandemic levels of GDP.

Next year, the UK will grow 0.3%, faster than both Germany and Italy in the G-7, both of which will be in recession, according to the IMF outlook.

The forecasts were drawn up before Kwarteng’s mini-budget and his package of measures “is expected to lift growth somewhat above the forecast in the near term, while complicating the fight against inflation,” the IMF said.

Before Kwarteng’s £43 billion tax giveaway, the outlook for UK national debt was also better than most G-7 peers. The IMF has UK gross debt at just 68% of GDP in 2027, close to Germany at 60%, and at least 20 percentage points lower than any other G-7 nation. The forecasts assumed some debt as a share of GDP would be falling in three years.