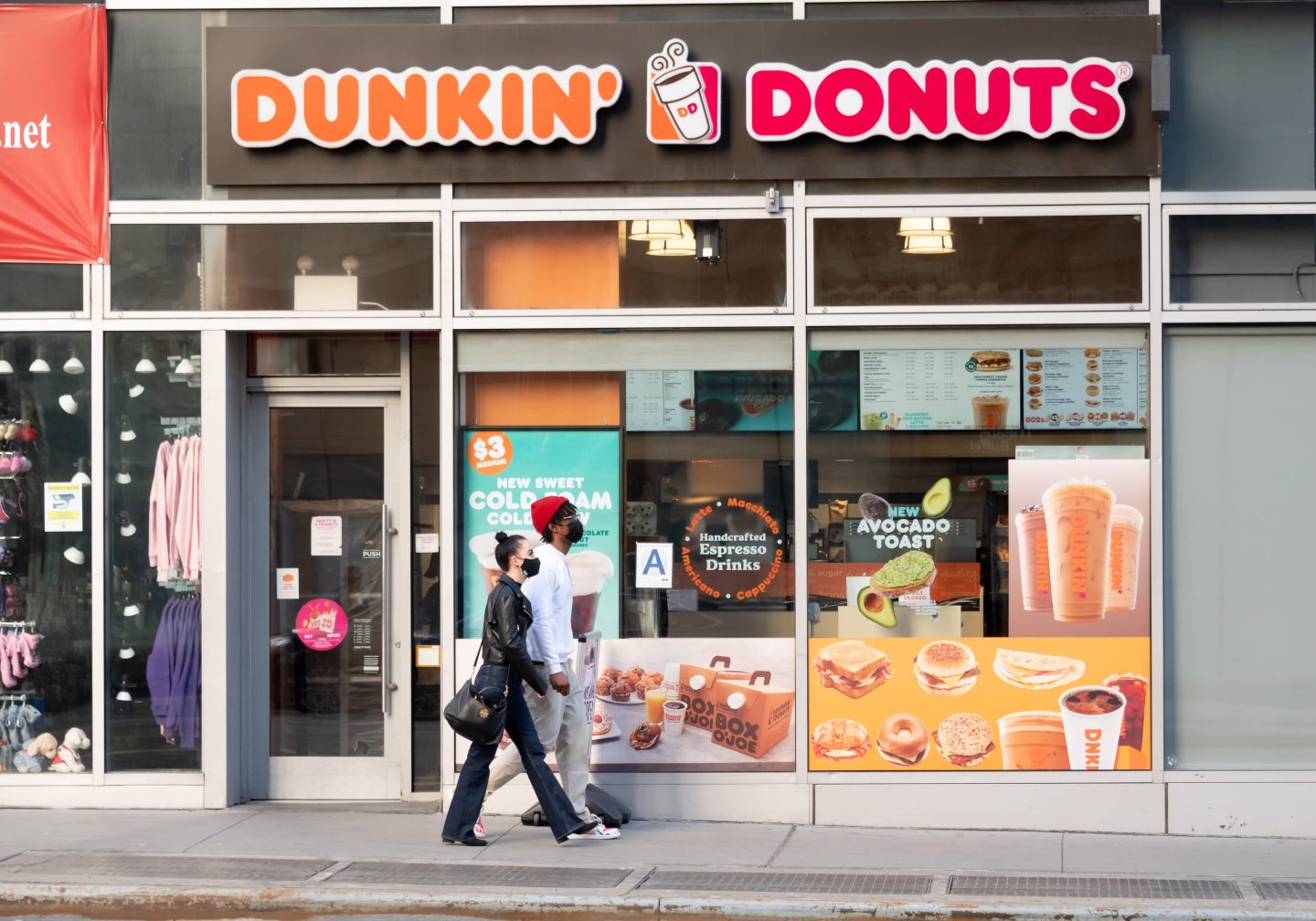 Dunkin’ Donuts has announced a new rewards program, and it’s wreaking havoc among their coffee-loving customers.

Last week, the company overhauled its program known as “DD Perks” and replaced it with “Dunkin’ Rewards.” Under the old perks program, customers could earn five points for every dollar they spent, and 200 points (or $40) was enough to earn a free drink of your choice.

Under the new rewards program, however, that $40 will only get you a cup of tea. To earn enough points for a free cup of coffee you’d have to spend $50, but that’s not including lattes and cold brew. You have to spend $70 to get a free “crafted” drink, which includes an espresso, a cold brew, or a refresher. And it’s $90 for a “premium” drink, like Dunkin’s signature latte.

Some customers aren’t happy about it.

The Dunkin’ Donuts Reddit forum is ablaze with complaints about the new program. There are multiple posts in which users share how much they dislike the new rewards program, with one receiving close to 200 comments.

“Don’t try to piss on me and tell me its raining, Dunkin,” one Reddit user wrote. “Were getting less with the illusion of more.”

“I’m in a state of disbelief,” said another Reddit user, detailing how much more money they must spend to get the same perks. “I’m sick. This is horrific.”

Another said the amount of time it would take for them to earn a latte with points was “absolutely egregious.”

Twitter users weren’t much kinder, and since the announcement they’ve flooded the platform to share their disappointment—there are still new Tweets coming in every few minutes, complaining about the change.

“Now instead of spending $40 to get a free drink from Dunkin, I have to spend about $60-$70 with the new app/rewards update? Y’all what,” one person tweeted. “I know inflation has been bad but $20-$30 more for a free drink? Y’all gotta be joking. Please say it’s a joke.”

Others wrote that the new program is pushing them to walk away from Dunkin’ Donuts coffee altogether.

“i swear i’ll start boycotting @dunkindonuts unless they change the damn rewards system back,” one user wrote on Twitter.

In a Frequently Asked Section on its website, the company wrote that it changed the program because “our members deserve more.”

But some regular customers were not having it. “I hate how they try to spin it in the FAQ like it’s a big win for all of us customers when it’s a complete downgrade,” one reddit user wrote.

Dunkin’ Donuts President Scott Murphy told the Wall Street Journal that the company changed the rewards program in part to reflect the costs of making some of those drinks. He added that customers can now redeem points for food options, which they were unable to do before, and earn rewards after spending less money.

“Change can be hard for people,” he said.

Dunkin’ Donuts did not immediately respond to Fortune’s request for comment.