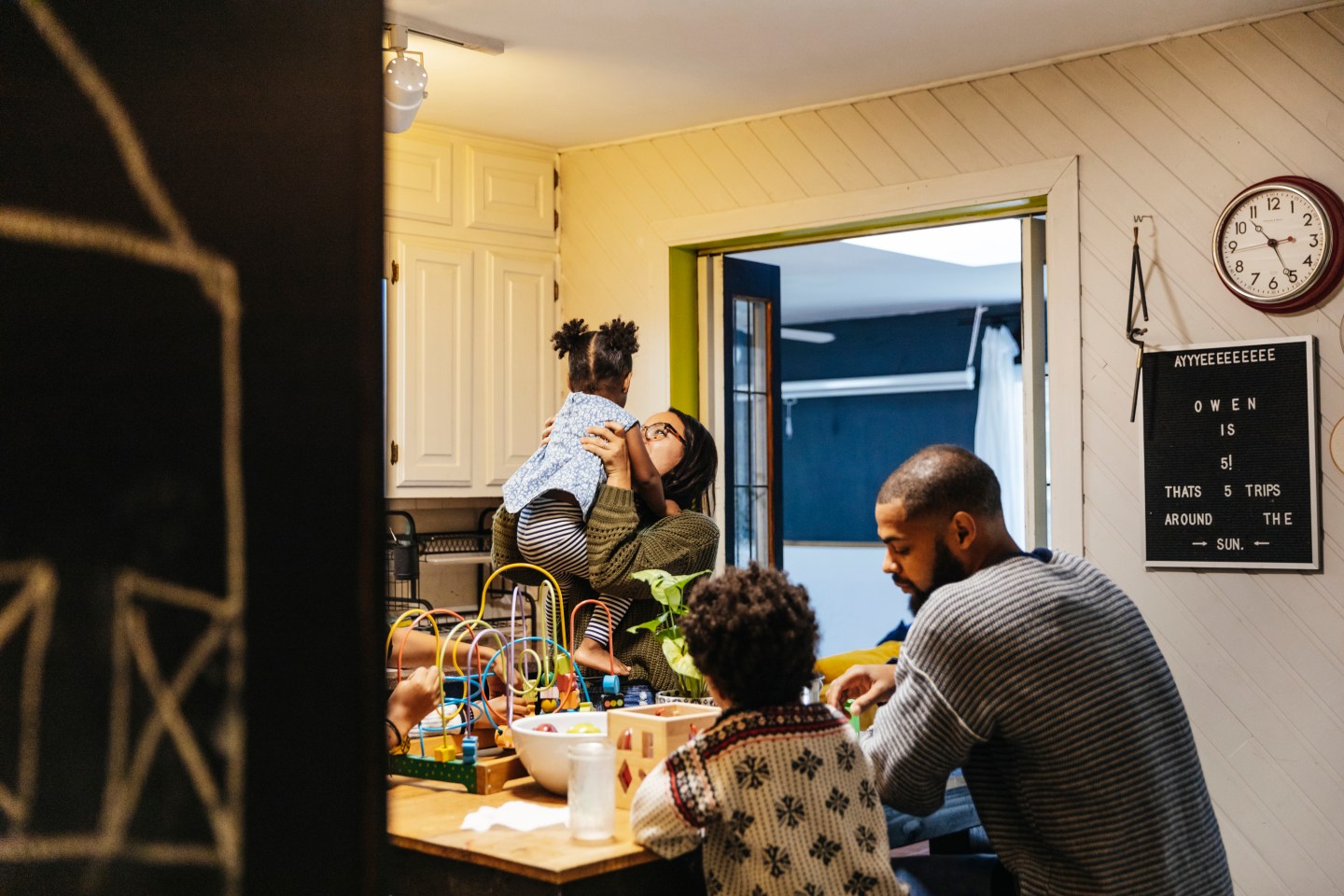 We all know it in our hearts to be true: It’s all down hill from here.

Well, at least half of us do anyway. When it comes to the aspiration of upward mobility, 46% of Americans say that it’s harder now to achieve a good standard of living than it was for their parents, according to a study from the University of Chicago Harris School of Public Policy and The Associated Press-NORC Center for Public Affairs Research.

The consensus among the more than 1,000 adults ages 18 and older was that a good standard of living is still important: Americans generally across the board value being able to pursue passions, own a home, raise a family, and have a successful career.

For all the rebukes of hustle culture and the old school American Dream that have surfaced in the wake of the pandemic, the ability to actually achieve those goals has been depressed over generations.

“The poll highlights that most people believe achieving a good standard of living is important but difficult to achieve,” wrote David Sterrett, senior research scientist with the AP-NORC Center, in a news release announcing the report. “At the same time, there is little public consensus about what factors enable people to improve their standard of living in this country.”

Not only do people find it hard to achieve that aspirational standard of living, but 49% of adults say it’s hard for them now to even improve their current standard of living. And for the Gen-Zers and Alphas in the back, 54% of the adults surveyed said they believed it’s unlikely young people will have a better standard of living then their parents.

Older adults, those ages 60-plus, were more likely than others to believe it’s gotten easier for them to achieve a good standard of living.

Interestingly, Black Americans were more likely than white adults to report having a good standard of living (43% compared with 28%), raising a family (33%; 16%), and owning a home (37%; 22%) were easier to attain now than when their parents were younger.

“The relative optimism of African Americans, against the background of historical and contemporary injustices and persistent inequalities is striking for 2022, given the last two years of turmoil, yet is consistent with past studies of optimism,” Steven Durlauf, a professor at the University of Chicago Harris School of Public Policy wrote in the release.

Of course it makes sense when you consider where Black people started in this country—and how far they have to go.

While the pandemic has highlighted and exacerbated numerous socioeconomic ills and precipitated shifting attitudes toward work and culture, the seeming decline in one’s ability to achieve a perceived good standard of living has been lurking for a while.

Last year, The White House issued a brief on the cost of living in America in which it said rising costs over the last three decades for necessities has made it difficult for families to attain economic security. What’s more, as of August, the consumer price index has increased more than 8% over the last 12 months.

“Many people perceive their options are less than what they had in the past,” Durlauf told the AP. “A lot of sense of well-being has to do with relative status, not absolute status.”