Middle managers can make everyone happy with hybrid work in 4 easy steps. Here’s how 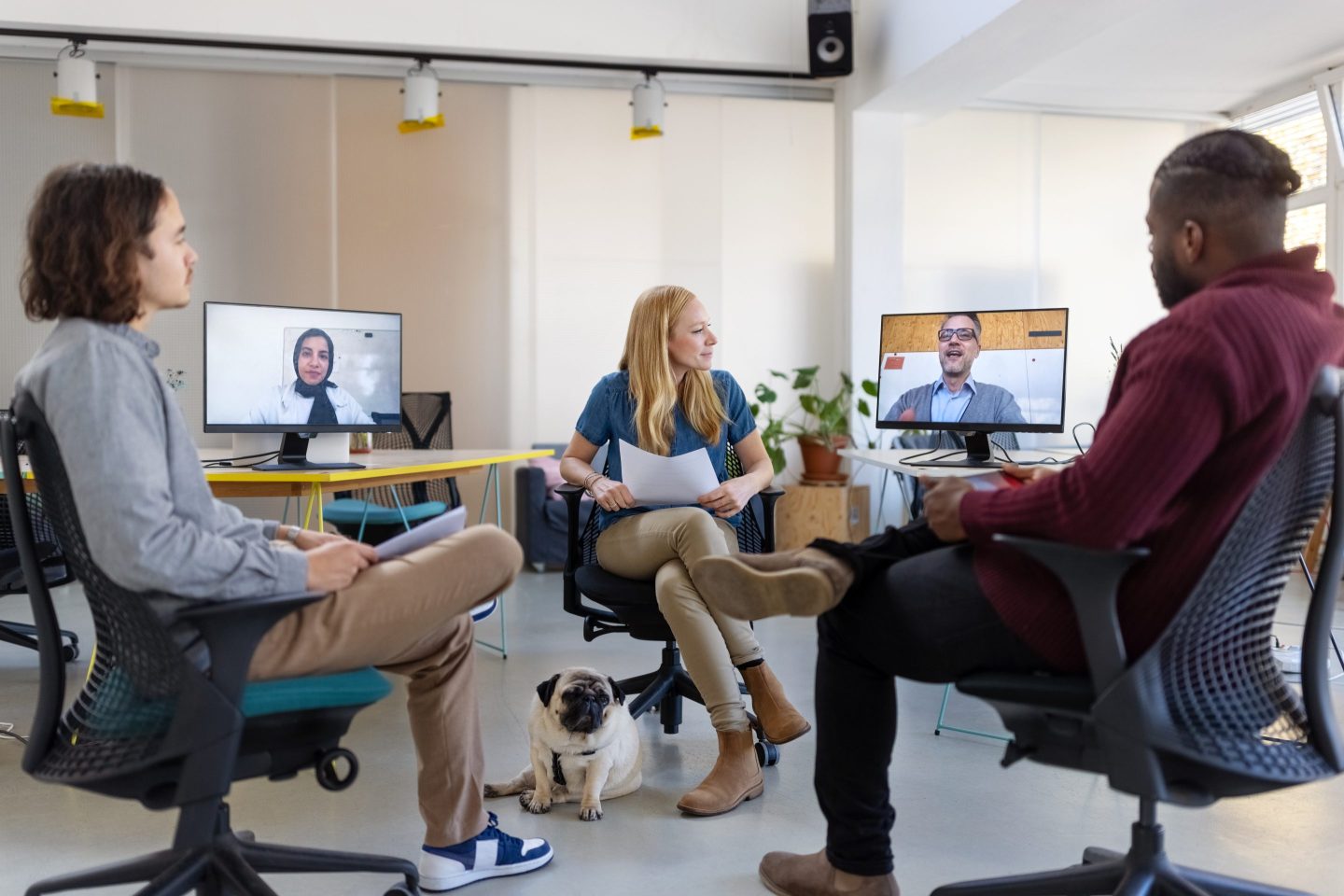 Hybrid work is here to stay.

So says Nicholas Bloom, Stanford economics professor and cofounder of WFH Research, in an interview with Fortune on Thursday.

But there’s one problem: Hybrid work has become a nightmare for middle managers. Gallup research finds that hybrid managers feel less connected to their company culture than their hybrid bosses or their manager peers working fully remote or fully in office. And several middle managers recently told the Financial Times that implementing return-to-office politics can be lonely and confusing.

Executing a hybrid work plan has been so hard for managers because the current status of return-to-office “is a pretty challenging 180-degree turn” from last year, Bloom says. While those at the very top of a company can do as they please, and those at the bottom do what they’re told, middle managers have to figure out the game plan—an increasingly tricky business.

Until fairly recently, Bloom explains, bosses wanted to avoid too many people coming in on the same day, which would pose a health risk. But with COVID precautions largely in the rearview for most of the country, managers are back at square one.

“Now the whole rationale of hybrid is people being in on the same day, and that’s hard for those who need to manage that shift,” he adds. His research suggests four primary ways leaders can make the most of a hybrid model:

In short, Bloom advises, set a culture and organize to create office time that also serves as group social time.

Many managers struggled to execute hybrid work last year because it was devised under horrible conditions, Bloom says: “It wasn’t harmonized or organized, but this year it’s been way better.”

He specifies that the best hybrid arrangements are at companies like Uber, which recently mandated in-person attendance on “anchor days”: Tuesdays and Thursdays. Bloom anticipates these days will hold meaningful events, meetings, presentations, and connections. He says the rideshare giant is doing “exactly what I’ve been recommending for over a year now”—progress from last year, when he says employees would commute to the office only to leave when they saw their coworkers weren’t there.

Bloom encourages middle managers who have been unable to unlock a sustainable plan to keep the faith.

“Certainly hybrid can go wrong if it’s badly applied,” he says. “If you see someone who’s a terrible driver getting into accidents, you don’t say get rid of all cars. You say we need to get someone who can drive properly.”

A bad hybrid work plan, like bad driving, can be destructive and cause “untold damage,” he says. “But if you say we love cars, but people need to learn to drive them, they suddenly become very valuable. Similarly, if you just unleash hybrid work with no planning or coordination, you can predict what will happen.”

You can also predict who the winners and losers will be, Bloom adds. “In 2023, we’ll be laughing at anyone who does anything else but hybrid.”