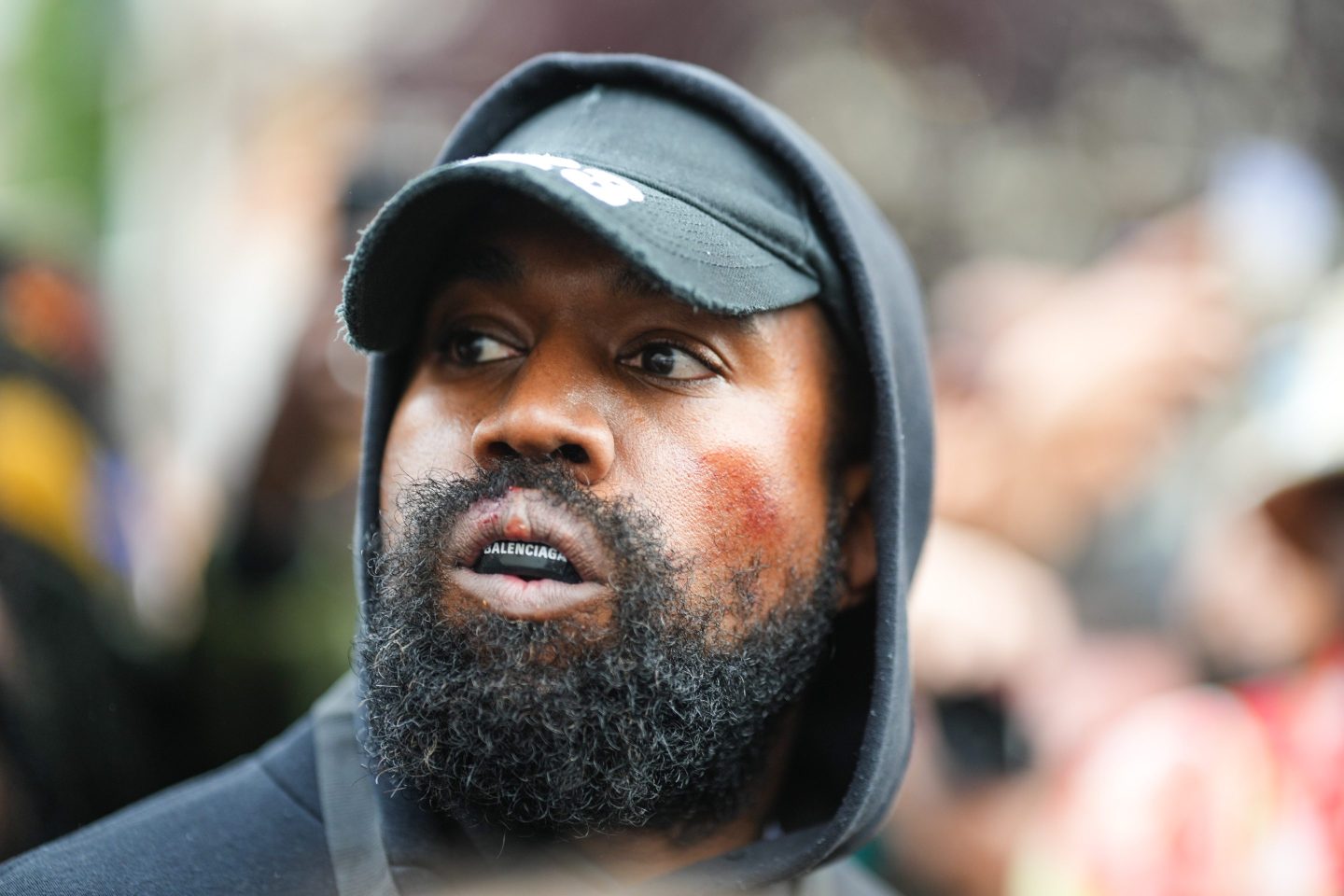 Kanye West has hit back against Adidas’ announcement that it was putting its Yeezy deal with the controversial rapper on review, writing in an explicit Instagram post, “F— ADIDAS I AM ADIDAS.”

Adidas said on Thursday it would be reviewing the troubled partnership after repeatedly trying to resolve the situation privately. “We will continue to comanage the current product during this period,” Adidas said in a statement. Shares in the German sportswear company fell 3% in early Frankfurt trading Friday, sending the shares down to a nearly six-year low.

Ye responded to being put under review with his closest corporate partner by posting a photo of a screenshotted CNBC report on Instagram, with the caption “F— ADIDAS I AM ADIDAS ADIDAS RAPED AND STOLE MY DESIGNS.”  Ye has since deleted the post.

This is not the first time Ye has called out Adidas and outgoing CEO Kasper Rørsted for copying his designs. In June, Ye shared a photo of Adidas’ new $55 Adilette 22 sandals with the caption “fake Yeezy made by Adidas themselves,” likely referencing his own $70 Yeezy slides, which the Adilette sandals resembled in color and shape.

The relationship may have been further strained when leaked images of an Adidas sneaker, initially believed to be Yeezys due to their similarities to the Yeezy Foam Runner, were instead confirmed to be exclusively made by the German sportswear brand.

Since then, Ye has gone on a social media tirade against the company, posting photos of board members and going as far as posting a doctored image of a New York Times front page falsely claiming Rørsted had died.

An acrimonious split with Yeezy would hurt Adidas more than it would like to admit.

Adidas has said the Yeezy arrangement, which began in 2013 and expires in 2026, is the most successful collaboration in the history of the footwear industry. Rørsted told CNBC in August, “Kanye is our most important partner worldwide. We have a very, very good relationship with him. We communicate with him on a very ongoing basis. And we’re very proud of that relationship.”

The Yeezy line accounts for as much as 8% of Adidas’s sales, according to a Sept. 16 note from Cowen analyst John Kernan.

Kanye does not share the same view as his collaborator, instead referring to Adidas as his “new baby mamas.” Speaking on Bloomberg on Sept. 12. “I guess we’re just going to have to coparent those 350s,” Ye said, referring to the most popular shoe in the Adidas Yeezy collection.

The Yeezy brand had a similarly harsh breakup earlier this month after it terminated its partnership with the retailer Gap when Ye broke from his contract after claiming he wasn’t given enough control over the items that were sold in stores and online.

Neil Saunders, managing director of GlobalData, said in a Sept. 15 note that the breakup was a blow for Gap but not entirely unexpected. “Gap is a cautious company with a stale brand that usually eschews bold moves. In contrast, Kanye is a radical innovator who loves to shake things up,” Saunders wrote.

“The incompatibility of the two visions meant that frustrations were inevitable. In some ways, Kanye was just too extreme for Gap.”

Could the same ring true for Adidas, or is the Ye brand just becoming too toxic to work with? In his extended rant, Ye accused fashion kingpin and LVMH owner Bernard Arnault of killing his best friend Virgil Abloh, who died in November 2021 of cardiac angiosarcoma, and bullied Vogue editor Gabriella Karefa-Johnson on her fashion sense, drawing ire from across the fashion world. And in a further twist, Ye posted a video of conservative pundit Tucker Carlson visiting the Yeezy studios on Friday morning.

But if the Ye brand does become untouchable, Ye might welcome it, as he says he is planning to walk away from it anyway. Looking back on his time with Adidas, Ye told Bloomberg, “I made the company’s money. The companies made me money. We created ideas that will change apparel forever. Like the round jacket, the foam runner, the slides that have changed the shoe industry.”

But, he added, “Now it’s time for Ye to make the new industry. No more companies standing in between me and the audience.”