CRV is launching two funds worth $1.5 billion to back early-stage companies: ‘Some of our best investments are actually made right after these downturns’ 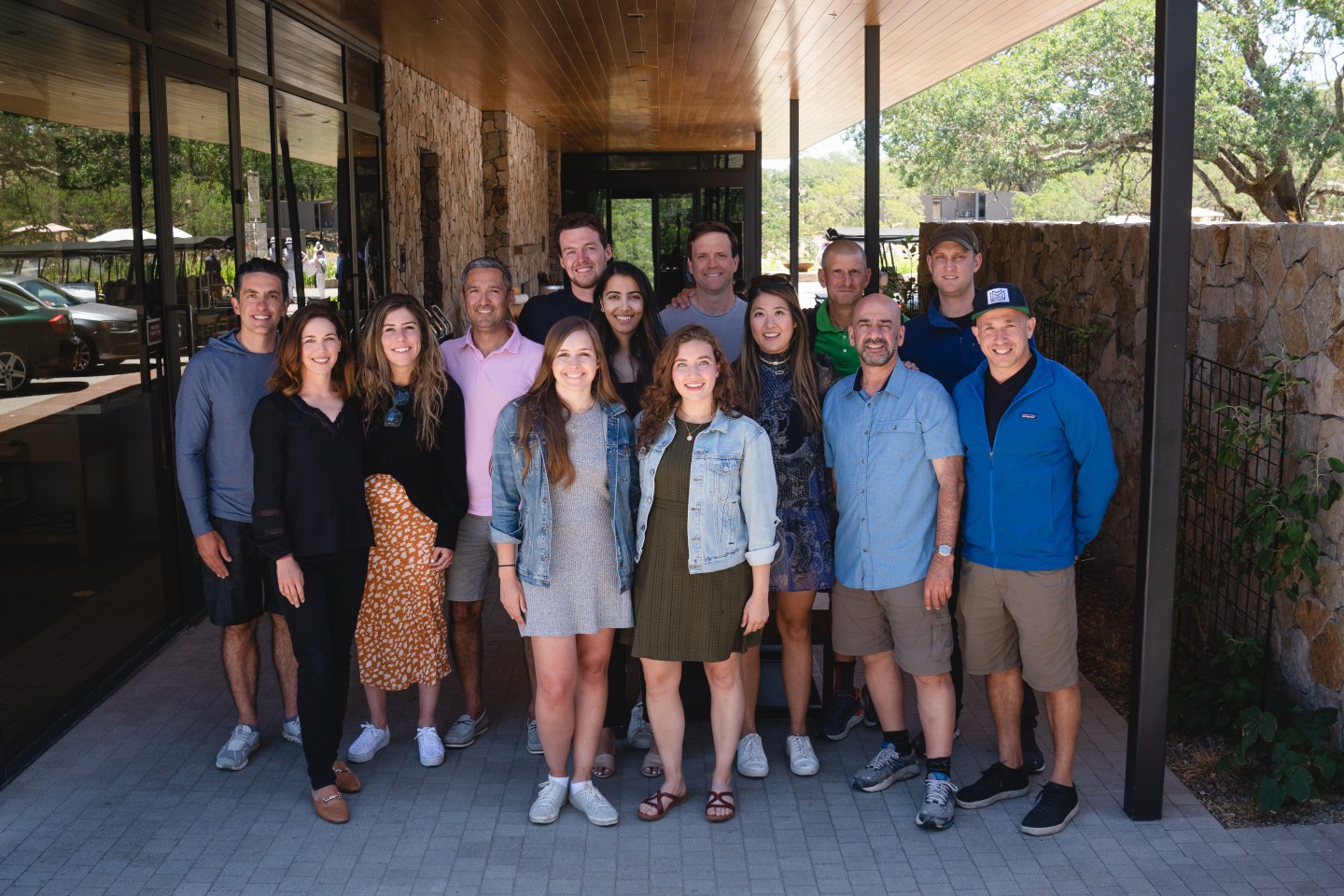 The CRV team has included between 30 and 40 staffers throughout its history.
Courtesy of CRV

In October of 2008 as world leaders convened to triage the spiraling economy, CRV general partner Devdutt Yellurkar boarded a plane to Copenhagen to meet the cofounders of Zendesk at chief product officer Alexander Aghassipour’s loft apartment. Around Aghassipour’s kitchen table, the cofounders (and sole Zendesk employees) explained their plan to sell bespoke customer service. Their offering would be billed on subscription, streamlining a capital- and resource-intensive aspect of basically every corporation. Yellurkar was in. CRV dropped $1.5 million to lead the company’s Series A with a 30% equity stake. Today, Zendesk is a publicly traded company with a $9.4 billion market cap that generates some $1.5 billion in annual revenue. (In June the company agreed to go private in a $10.2 billion acquisition by private equity firms.)

Now CRV is looking to back the next Zendesk—or ideally the next generation of Zendesks. And, Fortune has learned, the firm plans to announce two new funds totaling $1.5 billion Thursday. In short, CRV believes a downturn is exactly the time to find—and fund—the next batch of breakout companies.

The two funds that account for the San Francisco–based firm’s fresh $1.5 billion in capital are the CRV XIX fund, focused on early-stage companies, and a $500 million second-stage growth fund for follow-on Series B and C investments. CRV is focused on investing in enterprise technology and software—areas like cloud, CRM (customer relationship management), and marketplaces.

Over its more than half a century in the venture business, CRV (previously known as Charles River Ventures, an homage to the founders’ alma mater, Massachusetts Institute of Technology) has deployed nearly $5 billion to 500-plus companies including Postman, Airtable, DoorDash, and Patreon. The firm has seen the tech industry go through numerous cycles of innovation and economic change, which is why it insists that the choppy current market conditions are in fact the perfect time to put money to work nurturing young companies.

“If you look at the last 52 years of CRV’s existence, I would say some of our best investments are actually made right after these downturns,” CRV general partner Murat Bicer told Fortune. “We feel like the timing is going to be perfect to deploy these funds.”

It may seem like a hot take, but it’s one supported by data. Researchers have found that venture capital as an asset class tends to succeed during and after a recession. According to PitchBook data cited by the University of Miami, venture capitalists produced strong returns in the early 2000s bear market as well the Great Recession of 2008. “Funds that are started during economic downturns tend to do well,” says Angela Lee, a venture capital professor at Columbia Business School and the founder of female-focused investment community 37 Angels.

The timing of the fund focused on early-stage investments should also allow the firm to win favorable equity, board seats, and liquidation terms, says Lee. This is because CRV is backing early-stage companies at a time when VCs are focused on buoying existing companies and cautiously doling out capital to new ones. That competitive landscape will be advantageous to CRV as they anticipate private market valuations dropping in the next six to 12 months from the lack of available capital in the venture capital ecosystem. And when this happens, CRV expects to be very active.

On average, CRV says it aims to invest between $5 million and $15 million in early-stage startups. And when it comes to the Series A rounds, CRV always negotiates to lead and take at least one board seat.

Of course, writing checks in the current bear market does not guarantee success. Dispersing $1 billion to cash-hungry, fledgling companies may lead CRV to take riskier bets and, in turn, push these companies to bigger exits to return their capital, which may not be in the best interest of founders or employees. “When I hear $1.5 billion and early-stage, I do get a little bit concerned,” says Lee.

While CRV focuses on infant stage companies to deploy its capital, the firm’s limited partners—many of whom contributed to the $1.5 billion—are mostly old friends. Though they declined to disclose their LPs, CRV said that a number of the investors have been with the fund at or close to its 1970 inception. There is a notable new investor: the State of New Mexico, which contributed part of its $34 billion sovereign wealth fund to CRV. With this fund, CRV is also closing its namesake Boston office and centralizing its operations across two Bay Area offices.

CRV’s ability to forge strong relationships is echoed by some of the founders of its portfolio companies, including companies worth over $2 billion at their last valuations (per PitchBook). In Fortune’s interviews with Airtable, Postman, and Vercel’s cofounders, the executives credited much of their success to the early funding and valuations from CRV.

Airtable CEO Howie Liu recalled reconnecting with CRV in 2015 when his four-person startup was also a kitchen table operation and he was funding his $7.6 million Series A. Now Airtable is worth over $11 billion, and Liu cites his early meeting with CRV investors as a turning point.

“I truly do remember CRV as being one of the few investors that—for whatever reason—was willing to give me an hour of their day,” Liu says of his initial meeting with the firm in 2009.

This story was updated to include details on Zendesk’s agreeing to go private.