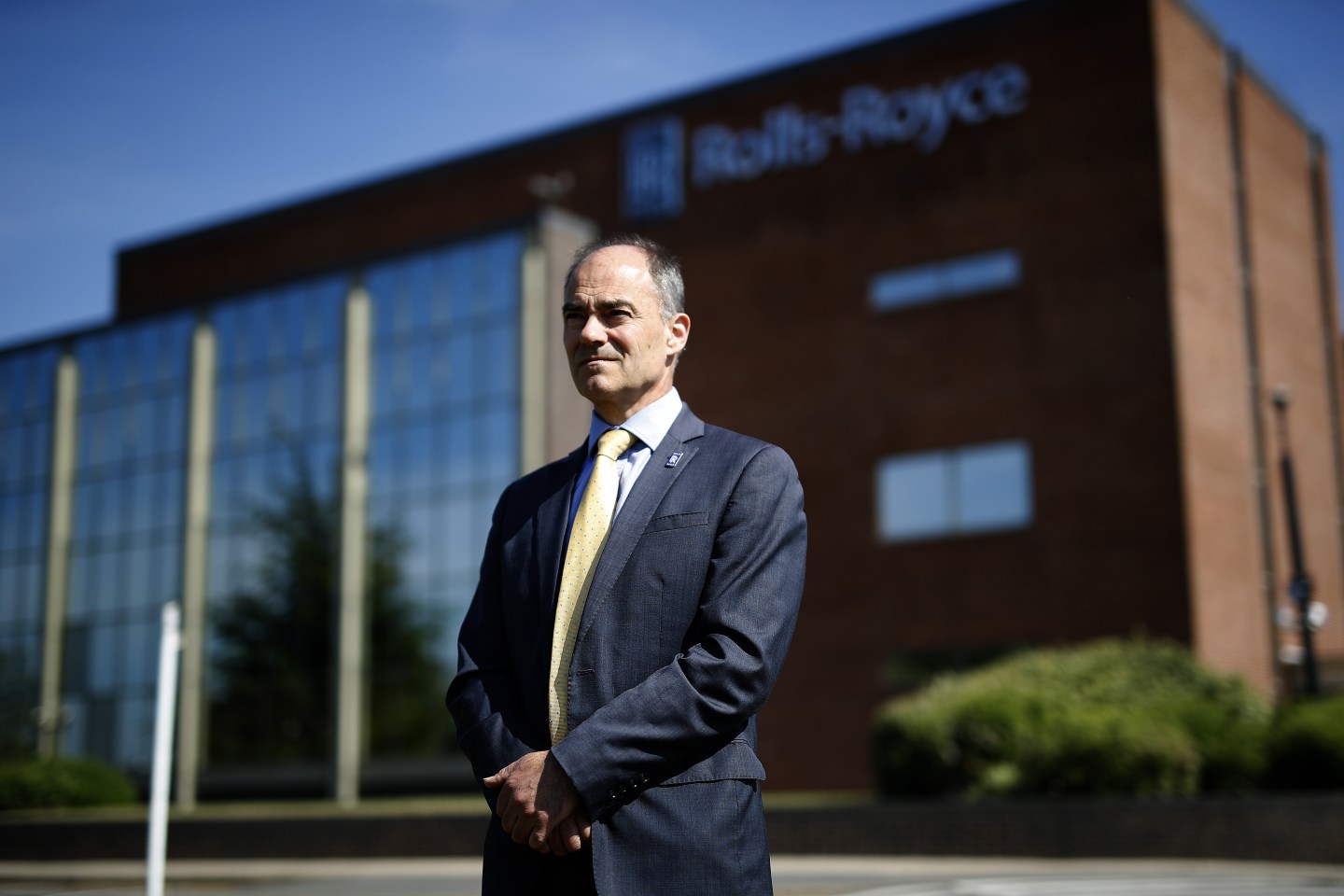 Warren East, CEO of Rolls-Royce, is retiring at the end of this year. He has spent the past seven years at the company positioning it toward net zero.
Darren Staples—Getty Images

Rolls-Royce CEO Warren East says that, in 20 years, his children won’t be interested in boarding an airplane that is burning fossil fuels.

“That means—if I put a hard business lens on it—we don’t have a business,” said East, speaking during Fortune’s Global Sustainability Forum last week. Rolls-Royce makes the engines that power airplanes, trains, and ships, as well as nuclear energy. “We need to reinvent our business.”

And Rolls-Royce has spent the past seven years trying to do just that.

As corporate America wrestles with how to slow global warming, the transportation industry—from trucks to ships to airplanes—is at center stage as the sector emits more greenhouse gases than any other. (Transportation makes up some 27% of all emissions in the U.S., according to the United States Environmental Protection Agency.) East noted that, seven years ago, business executives were saying this would be an issue to worry about further down the line. Now, “the whole ecosystem is focusing on it,” said East, who is retiring at the end of this year.

Rolls-Royce is among those companies at the forefront, particularly in the aviation industry. Earlier this year, its all-electric aircraft broke two speed records. In 2020, the company joined the UN Race to Zero and UN Business Ambition for 1.5°C campaigns, and it committed to becoming a net-zero carbon company across its value chain by 2050.

During his presentation, East focused specifically on the airline industry and emphasized that electric power isn’t the solution just yet: It’s too heavy.

“The energy density of a battery is…a couple of orders of magnitude away from kerosene,” East said. For that reason, electric power will be limited to urban air mobility, electric helicopters, or small commuter aircraft traveling around 250 miles with maybe about 10 passengers, he noted.

Hydrogen is the more long-term solution—”an excellent store of energy,” as East described. That being said, it’s difficult to store and do so safely on an aircraft. “We think we’ll probably get there in maybe 20 years or so,” he estimated. Even so, once hydrogen power is more widely available, many airplanes still running on fossil fuels will have just come out of production, and will be operating for another 20 years accordingly. That being said, the U.S. is still decades away from hydrogen power becoming a commercial reality.

“We’ve got to fill 40 to 50 years with some kind of transition technology whilst we work in the background on developing hydrogen,” East said. In the meantime, the aviation industry is focused on alternative power sources, such as eFuel, which is when net-zero-carbon electricity is used to make a synthetic version of fossil fuel.

Right now, there isn’t enough power being generated by solar and wind alone, so nuclear is playing an important role, according to East, though he acknowledged how accidents had spooked the industry. “I think the whole industry has learnt a huge amount from those very high-profile accidents that have happened,” he said.

As he transitions out of Rolls-Royce, East said his work around sustainability and striving toward a net-zero world will be a key part of his legacy after seven years at the company.

“We’ve now got a fairly clear path charted towards being able to achieve this,” East said. “Rolls-Royce is going to be an important part of that.”