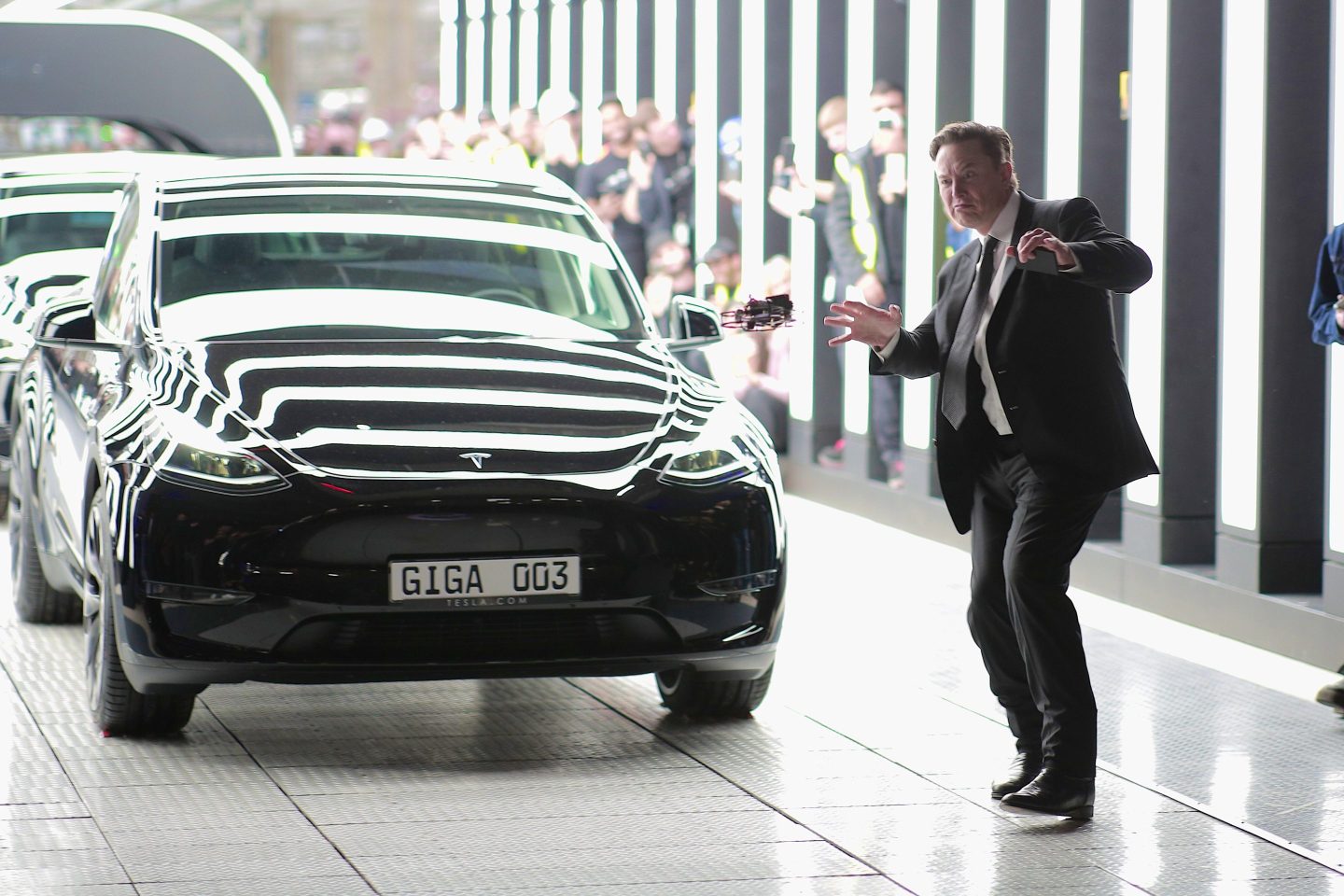 Telsa CEO Elon Musk does a gigafactory dance on March 22.

Tesla Inc. worldwide deliveries missed forecasts in the third quarter and the company warned of challenges in getting its cars to customers, suggesting that supply-chain snarls remain a blight.

It delivered a record 343,830 cars worldwide in the third quarter. Analysts had expected that nearly 358,000 vehicles would be shipped, based on the average of estimates compiled by Bloomberg.

“Historically, our delivery volumes have skewed towards the end of each quarter due to regional batch building of cars,” Austin, Texas-based Tesla said in a statement. “As our production volumes continue to grow, it is becoming increasingly challenging to secure vehicle transportation capacity and at a reasonable cost during these peak logistics weeks.”

Quarterly deliveries are among the most closely watched indicators for Tesla since they underpin the carmaker’s financial results. Though legacy automakers and new entrants alike are bringing more EVs to market, Tesla has led the charge for battery-powered cars since the first Model S sedans were delivered to customers a decade ago.

Tesla had said that its delivery count is conservative and that final numbers could vary by 0.5% or more. The company produced 365,923 vehicles for the quarter.

Tesla began shifting to a “more even regional mix” of vehicle production, leading to an increase of cars in transit during the end of the quarter. “These cars have been ordered and will be delivered to customers upon arrival at their destination,” the company said.

The carmaker doesn’t break out sales by geography, but the U.S. and China are its largest markets and the overwhelming number of sales were of the Model 3 sedan and Y crossover.

Tesla makes the Model S, X, 3 and Y models at its factory in Fremont, California. It makes the newer Model 3 and Y at the factory near Shanghai. Tesla recently began delivering Model Ys from its latest plants in Berlin and Austin.