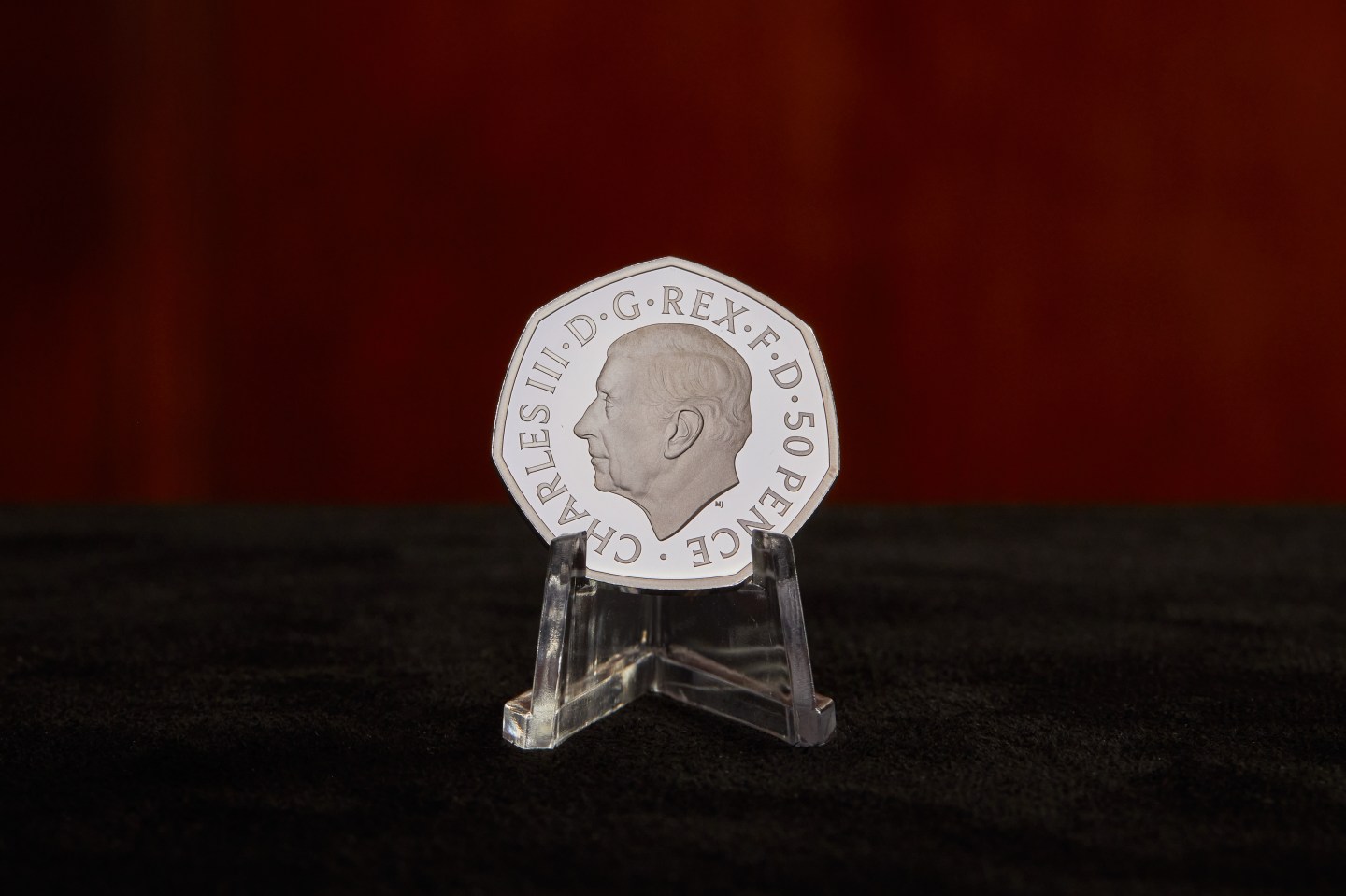 Coins featuring King Charles III are set to enter use before Christmas in the UK, where they’ll circulate alongside existing ones depicting Queen Elizabeth II.

Charles is shown facing from right to left, the opposite direction to his mother, following a royal tradition in which coins’ orientation is reversed for successive monarchs.

The king’s portrait, by sculptor Martin Jennings, will first appear on special commemorative £5 and 50-pence coins, with the smaller denomination entering general circulation by Christmas, the Royal Mint said Friday.

Because coins can last 20 years, the 27 billion showing the late queen will not be removed unless they are worn or damaged, according to Anne Jessopp, chief executive officer of the mint, so it will be a while before all the coins change to Charles’ face.

The change comes at no cost to the taxpayer, the mint says, because coins are always being produced to replace ones that are worn. With cash use dropping in favor of cards or mobile payment, fewer coins may be needed in the future.

Although coins are changing, UK banknotes will remain the same for now. The Bank of England has announced that it will continue to issue existing notes featuring the queen, following guidance from the Royal Household to “minimize the environmental and financial” impact of any changes. New banknotes are set to be unveiled by the end of the year and are expected to enter circulation by 2024.