‘This is the right plan.’ Embattled British PM doubles down on tax cuts and borrowing jump as bonds and pound slide 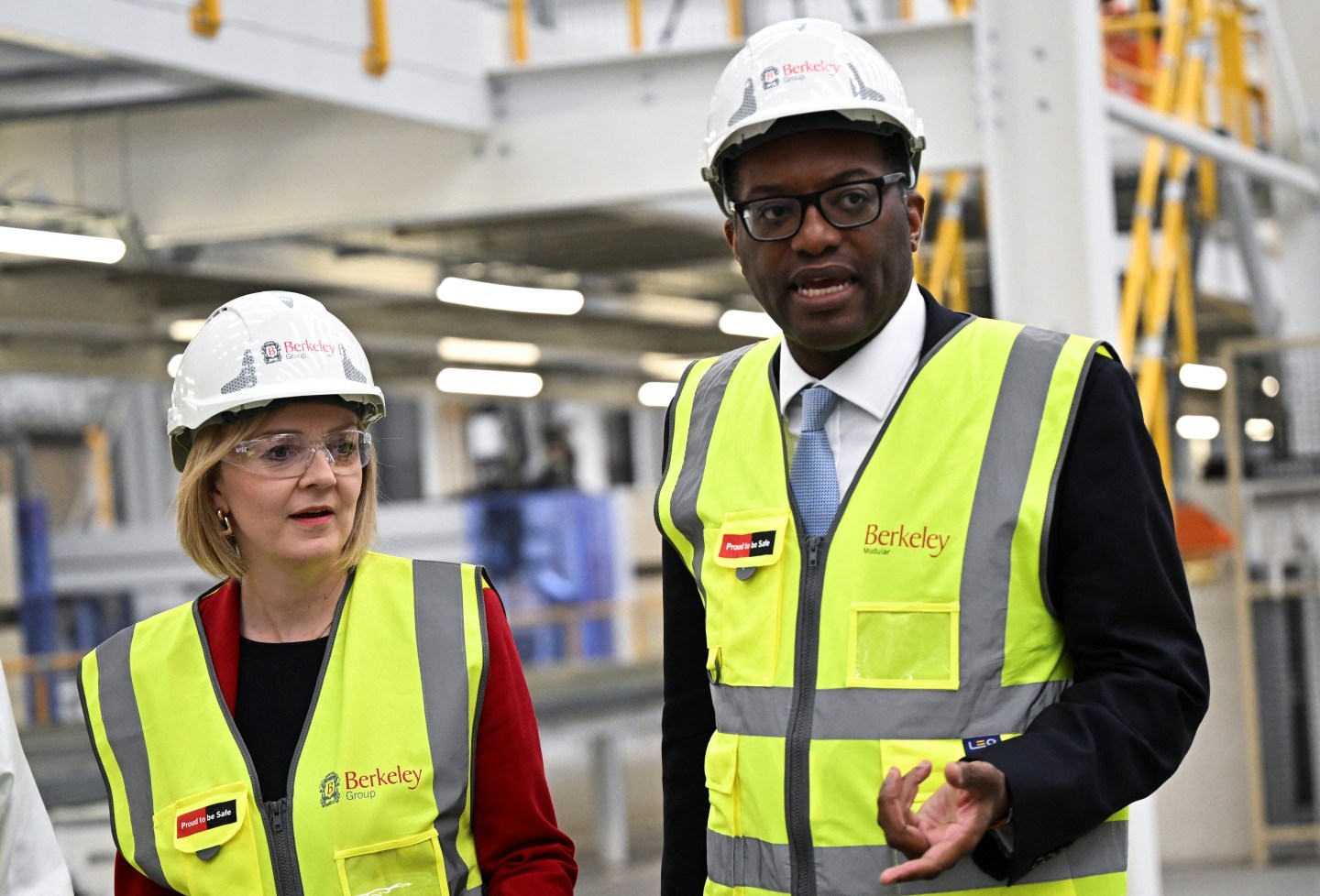 U.K. Prime Minister Liz Truss defended her government’s huge set of unfunded tax cuts after it sent the pound and gilts tumbling, instead blaming global economic pressures for the fallout from her fiscal package last week.

“We’re facing very, very difficult economic times, we’re facing that on a global level,” Truss said Thursday in a round of interviews with local BBC radio stations. “We had to take urgent action to get our economy growing and that means taking controversial and difficult decisions.”

Less than a month after taking office, Truss’s administration has been battered by a crisis of confidence in policies that have triggered a collapse in the pound, and a surge in borrowing costs that is pushing the U.K. toward recession and threatening the housing market.

But Truss said it’s not the time to reverse course and said higher taxes are even more likely to lead the U.K. into recession. Others disagree — Moody’s Investors Service said the plan could do permanent damage to the public finances and will lower economic growth.

U.K. government bonds extended a slide as Truss spoke, with the yield on 10-year gilts rising as much as 21 basis points to 4.22%. The pound held onto earlier losses, trading around $1.077.

“I’m very clear the government has done the right thing,” she added. “This is the right plan.”

It’s the first time Truss has publicly addressed the market rout, which was sparked Friday when Chancellor of the Exchequer Kwasi Kwarteng announced the largest package of unfunded tax cuts in half a century.

Since then, the Bank of England was forced to stage a dramatic intervention to stave off a crash in the gilt market and the International Monetary Fund urged her to reconsider her plans.

Senior U.K. executives have also publicly criticized the fiscal plans, with Simon Wolfson, the boss of retail giant Next Plc and a Conservative peer, appearing to blame the government for a crash in the pound and a worsening outlook for UK inflation on Thursday.

That heaped pressure on Truss to try to reassure markets — and voters — during Thursday’s broadcast round. But unlike her predecessor Boris Johnson, she is not a natural communicator.

Each time Truss was asked about the negative impact of her economic package, she deflected attention from her tax cuts by pointing to the government’s energy bills cap to help people this winter.

When asked about homeowners concerned at soaring mortgage costs, she said the central bank is responsible for interest rate decisions. She repeatedly pointed to global economic pressures caused by Russia’s invasion of Ukraine as the cause of the market turbulence.

Former BOE Governor Mark Carney waded into the criticism on Thursday, accusing her government of “undercutting” the nation’s economic institutions, after the first weeks of her administration saw the firing of the Treasury’s top civil servant, criticism of the central bank over inflation and the apparent sidelining of the government’s fiscal watchdog, the Office for Budget Responsibility.