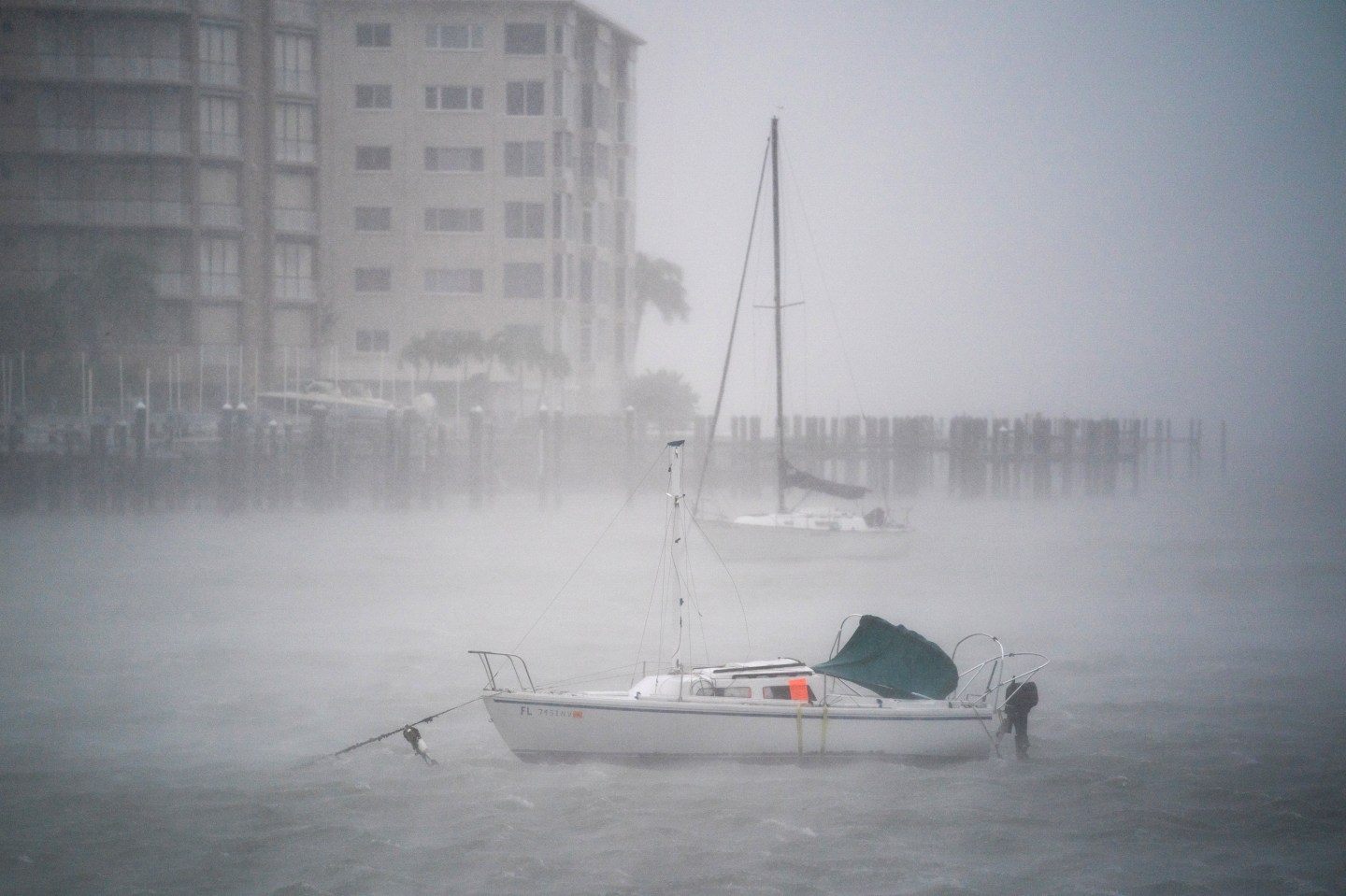 Tropical cyclones as powerful as Hurricane Ian threaten to wreak lasting damage to families, crops, coastlines and industries long after they roar ashore.

The initial onslaught of wind and water as well as lingering floods pose significant risks to the lives of people who didn’t evacuate. And Category 4 menaces like Ian can break power grids, flatten homes and leave many roads impassible, isolating people when they most need help. The economic ripples radiate far beyond the storm’s path.

In Ian’s case, many of these effects will be magnified because it struck the heart of Florida, America’s third most populous state. The storm packed winds of 150 miles (241 kilometers) per hour when it made landfall after 3 p.m. local time Wednesday near Cayo Costa — tied for the fifth strongest hurricane to hit the US mainland. As the US and the state begin shifting to storm response and then recovery, here are some of the threats to monitor.

Hurricanes push water in front of them as they move over the ocean. This is known as “storm surge,” which can cause significant coastal destruction. Low-lying geography and the shallow continental shelf in parts of western Florida make it particularly vulnerable. Ian’s projected storm surge of 12 feet (4 meters) to 18 feet could send seawater far inland.

The surge and winds Ian bring ashore will deliver a devastating blow to the cities and towns along the coast. But the heavy rains it wrings out across Florida and into Georgia, South Carolina and beyond will spread the misery — and the damages. Case in point: Walt Disney World, in the Orlando area of central Florida, issued a shelter-in-place order for hotel guests despite being about 140 miles from where the storm made landfall.

More than 2 feet of rain may fall across central Florida. The National Weather Service warns there could be record-breaking flooding on rivers throughout the state. In the next seven days flooding rain could fall from Florida to southern New Jersey and throughout the Appalachian Mountains, according to the US Weather Prediction Center.

The Sunshine State Could Go Dark for Days

Category 4 storms wreak such damage on power grids — such as snapping poles — that the National Hurricane Center says blackouts can last weeks or even months. Florida Power & Light, the state’s biggest electric utility, told customers to brace for “widespread outages” from Ian and cautioned they could linger for days. The NextEra Energy Inc. utility spent billions of dollars fortifying its system after a rash of hurricanes struck the state more than a decade ago, but now faces the prospect of having to rebuild parts of it. More than 30,000 utility workers from 26 states were mobilized to help restore power once the storm passes, according to the Edison Electric Institute, a trade group. But doing so will require access to equipment and communities that may be cut off by flooding or downed trees.

Many Florida fuel terminals are shut, while high winds and flooding make truck deliveries impossible in many areas. Fuel distributors in the state are warning of lengthy wait times to resupply businesses and homes with diesel for generators. Prolonged disruption in waterborne transportation could risk the state’s supply of fuel — 90% of which comes on barges into 4 ports.

Breakfast Getting Even More Expensive

Orange juice futures soared as Ian neared the Florida shore. And if crop damage of Florida’s famed crop is as extensive as feared —  potentially 90% of its citrus belt, according to Maxar — it will further worsen food inflation plaguing consumers.

For growers, the damage could force life-changing decisions. Florida growers are already grappling with a devastating disease called citrus greening that damages fruit and eventually kills trees. A destructive hit from Ian could be the final straw for some growers, said Raymond Royce, executive director at Highlands County Citrus Growers Association in Sebring, Florida.

Then there’s the impact on fertilizer. Fertilizer maker Mosaic Co. evacuated some of its Florida operations as Hurricane Ian neared landfall — yet another threat of food inflation.

Florida produces much of the US’s phosphate fertilizer, in a process that yields a radioactive and toxic byproduct called phosphogypsum, which is stored in stacks — or big mounds. Last year, one of them suffered a catastrophic failure due to heavy rain, causing a red tide that killed about 1,800 pounds (816 kilograms) of sea life and forced evacuations in nearby towns. Environmental experts fear a potential repeat with Ian, whose path may approach where Mosaic has the bulk of its phosphate facilities. A spokesperson for the company said it has made improvements to its facilities to help prevent any such issues, including “a more comprehensive internal dike system.”

Florida’s insurance market was already chaotic before Ian. But the storm arrives in the wake of six insolvencies among insurers that write homeowner policies in the state. The largest insurers had pulled back from the market after previous natural disasters, while smaller firms still active there have struggled to endure losses.

Flood damages aren’t generally covered in home policies. Instead, they fall under policies managed by the US Federal Emergency Management Agency.

“If this is a major flood event, that could leave many homeowners vulnerable,” said Mark Friedlander, a spokesman for the Insurance Information Institute. “If there were major windstorm losses, other companies could be pushed in the direction of potential insolvency as well.”