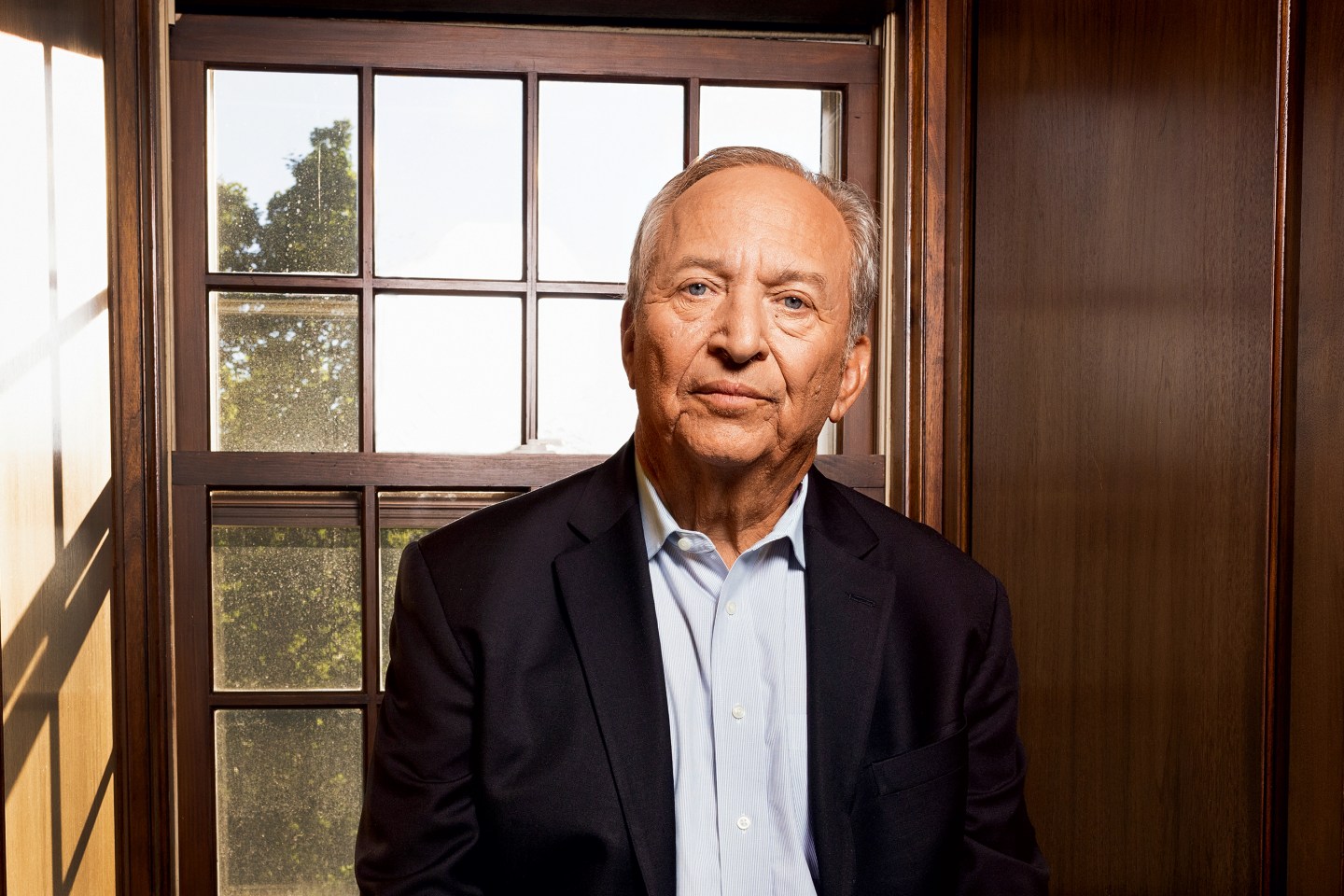 Larry Summers photographed at his home in Brookline, MA on August 31, 2022.
Photograph by Alex Gagne for Fortune

Larry Summers has a soft spot for billionaires.

Well, that might be a bit strong. But in a recent wide-ranging conversation with Fortune about inflation, the economy, and yes, billionaires, Summers said we need more rather than fewer of them.

Indeed he thinks it’s crucial to keep the freewheeling entrepreneurial culture that spawns so many mega-billionaires because they’re also mega-job-creators. But he also believes they’re under-taxed. “If we had more people like Jeff Bezos and Bill Gates and Steve Jobs who built spectacular enterprises and made inordinate fortunes…that would be good for America,” he said. He also favors “a whole set of tax changes that would make them pay more and complicate any efforts to form intergenerational dynasties for the benefit of their great-grandchildren. The ease with which the wealthy can pass on their wealth to their heirs is an afront to the American ideal of equal opportunity.”

Taxing the super wealthy more isn’t the only change Summers would like to see at the IRS—he’d like to greatly expand its reach, and has the research to show why that move would more than pay for itself.

Summers relates that in 2019, he and Harvard law professor Natasha Sarin began researching the payoff if the U.S. raised funding for the IRS to greatly expand tax enforcement and auditing. “We did in anticipation that there might be a Democratic president who would be looking to strengthen the tax system without changing tax rules,” recalls Summers.

In their paper published in July of 2020, Summers and Sarin cited estimates that $7.5 trillion or 15% of all federal tax revenue would go uncollected over the next decade. The reason: The IRS was grossly underfunded. In the past decade, the agency suffered a 15% fall in inflation-adjusted appropriations, and a one-fifth fall in its workforce. Only half as many agents worked on high-income returns as in 2011 or 2012. Its operates an outdated software system developed in the 1960s that ranks as the oldest in the federal government.

The two authors found that the IRS could generate multiple dollars in additional revenue for each dollar spent on enforcement. They estimated that $82 billion new funding over ten years would restore outlays to their 2011 share of GDP—and produce something like ten times that amount in extra revenue. Much of those collections would come from “deterrence,” the perception that as taxpayers see more audits and  increased enforcement, they deploy fewer risky strategies to skirt levies.

The research even found its way into the recently-passed Inflation Reduction Act (Sarin joined the Treasury Department as Assistant Secretary for Economic PolicyCK). In the bill, the CBO found that $80 billion in extra appropriations to the IRSCK should generate net gains over the through 2032 of $124 million BILLION?, offsetting one-fourth of the bill’s expenditures. And the CBO’s analysis excluded any possible benefits from deterrence, which loomed large in the Summers-Sarin paper. Hence, Summers’s and Sarin’s offbeat idea stands as a pillar of what it was designed for, creating a deficit-reducing budget victory for President Biden.

For the inside story on how Summers is playing a key behind-the-scenes role in the fight against inflation, read the full story here.