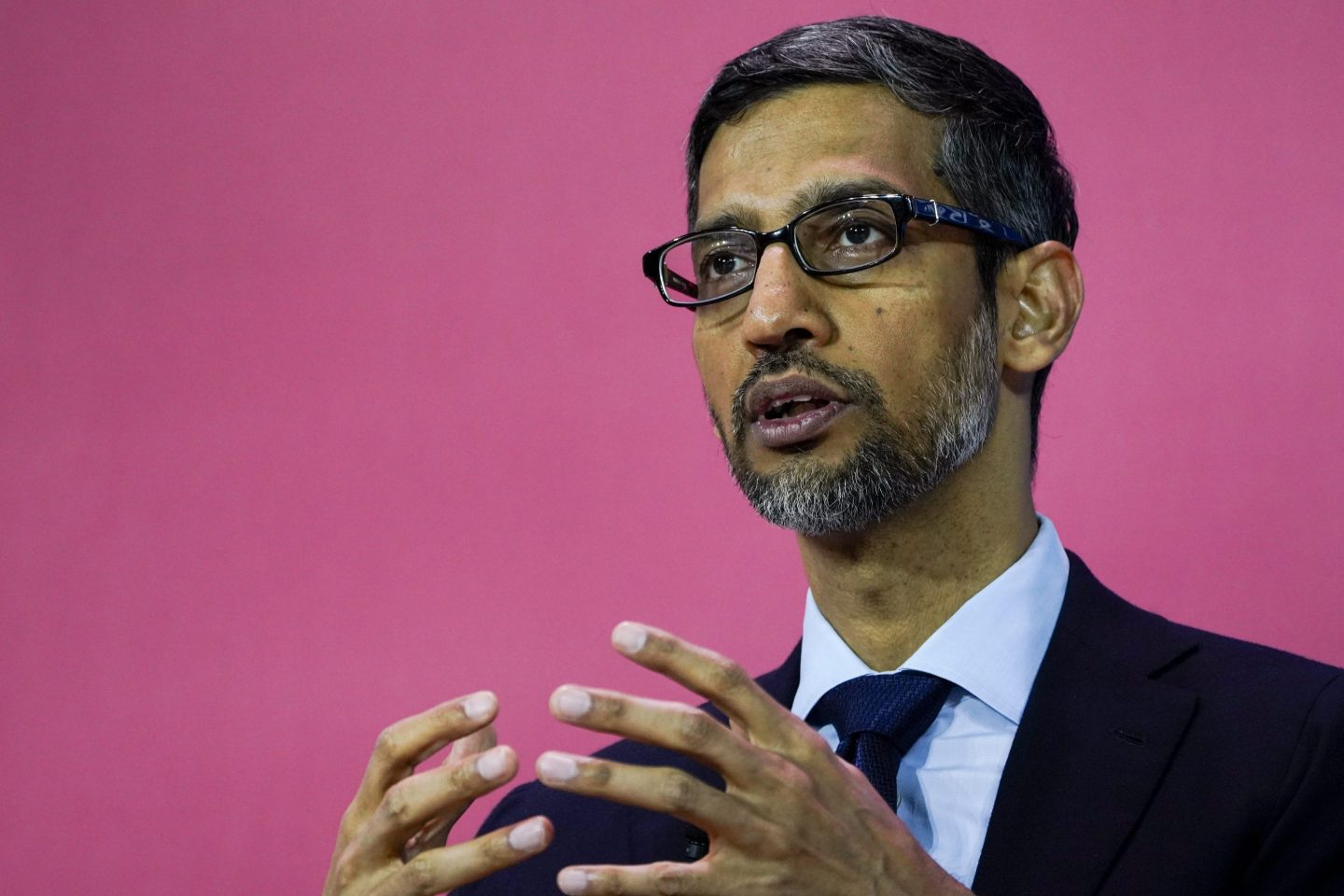 Dissatisfied Google employees have put top executives on the hot seat a few times this year.

Most recently, they interrogated CEO Sundar Pichai at an all-hands meeting this week about the company’s spending cuts amid a challenging economic climate, CNBC first reported.

At the meeting, employees submitted questions via an internal Google tool, and fellow workers then up-voted popular questions for executives to answer.

When asked about why the company is limiting certain budgets, like travel and entertainment, Pichai pointed to the possibility of an imminent recession. ​​“How do I say it?” he said. “We are being a bit more responsible through one of the toughest macroeconomic conditions underway in the past decade.”

Pichai’s remarks follow two quarters of smaller-than-expected growth for Google’s parent company Alphabet as the tech giant adjusts to the post-pandemic economy. “We don’t get to choose the macroeconomic conditions always,” said Pichai.

Inflation is currently running at 8.3%, with the Federal Reserve vowing to continue increasing interest rates to bring it down, even if it triggers a recession in the process.

During the meeting, other employees targeted remarks Pichai made earlier this month about shooting for a 20% productivity gain across the company.

Pichai attempted to provide clarity in his response, highlighting plans to slow future hiring. “Maybe you were planning on hiring six more people but maybe you are going to have to do with four and how are you going to make that happen?” he said. “The answers are going to be different with different teams.”

He also noted that the company hopes to streamline some of its operations. “Sometimes we have a product launch process, which has probably, over many years, grown more complicated than maybe it needs to be,” he said, noting that his 20% goal could be reached by paring down those complications. “At our scale, there is no way we can solve that unless units of teams of all sizes do better.”

During the meeting, Pichai also addressed the idea that cutting back on certain perks shouldn’t signal a change in the company’s culture. “I remember when Google was small and scrappy,” he said. “We shouldn’t always equate fun with money.”

Earlier this year, Pichai and other executives fielded employee questions during a different all-hands meeting that focused on the results of its annual ‘Googlegeist’ survey, which revealed employees’ dissatisfaction with compensation. At the time, they defended Google’s compensation, but said that they’d monitor the growing employee dissatisfaction over the matter.

“This trend — it is concerning to us and we are keeping a close eye on it,” the company’s vice president of compensation Brett Hill responded.