NASA will crash a spacecraft into an asteroid Monday evening. Here’s how to watch 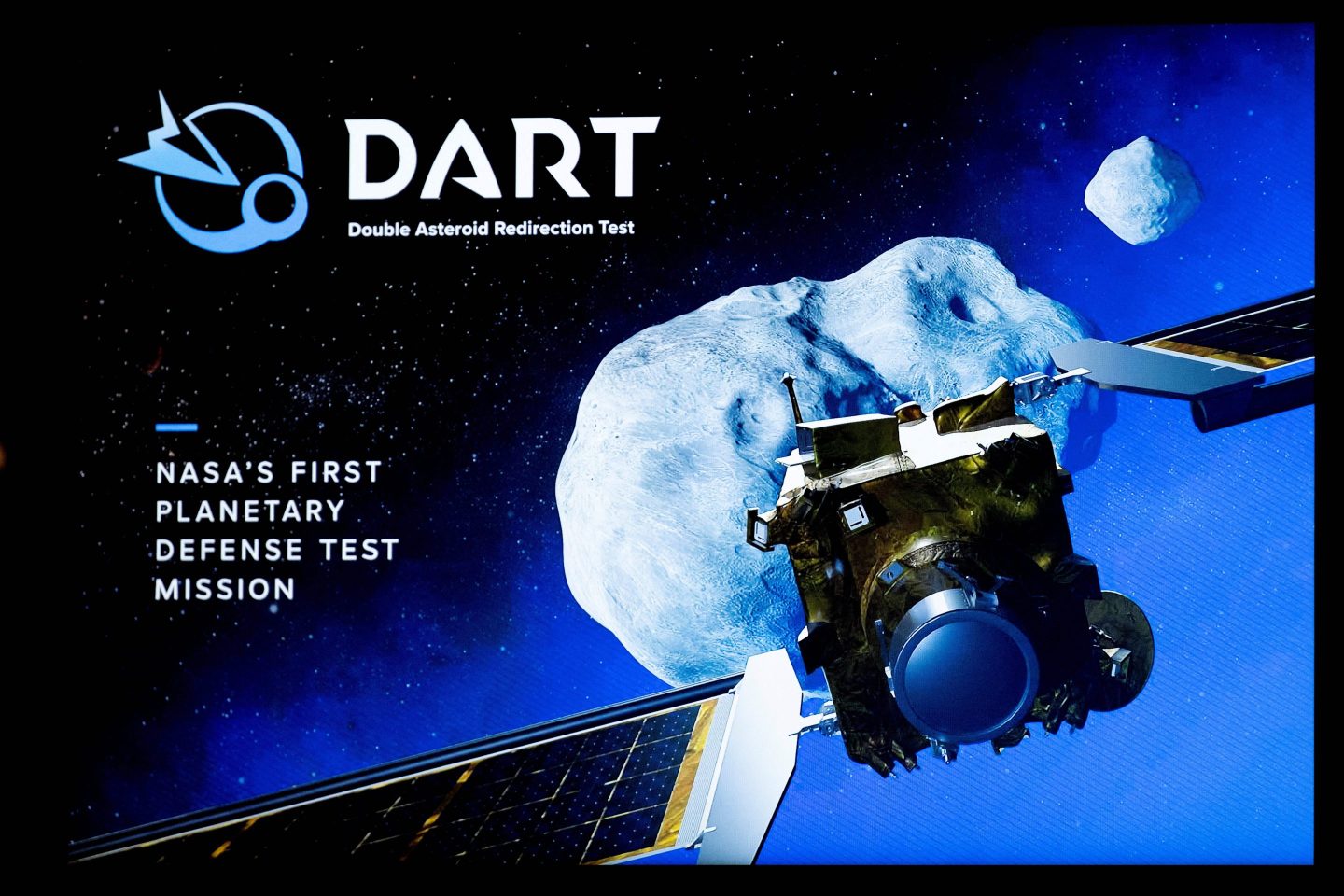 NASA's DART will impact the asteroid on Sept. 26.
JIM WATSON—AFP via Getty Images

Hollywood has long theorized that the way to stop an asteroid from crashing into the earth is to send a missile into space to destroy it. Well, either that or send a crew of oil drillers that includes Bruce Willis, Steve Buscemi, and Michael Clarke Duncan. Monday evening, NASA will test the theory (the missile one, not the oil drillers).

NASA’s Double Asteroid Redirection Test (DART) will see if we’re able to defend ourselves against asteroids or comets that are on a high-speed trajectory toward Earth. The 19-meter spacecraft will be crashed, deliberately, into Dimorphos, which is about twice as high as the Empire State Building and 525 feet wide. It currently circles a larger asteroid called Didymos.

The goal, say scientists, isn’t to blow up the asteroid, but rather to change its speed and path (which will be measured using telescopes on earth). DART launched in November 2021. Impact with Dimorphs is expected to take place Monday, Sept. 26, at 7:14 p.m. ET.

Better still: We’ll be able to watch this 14,000 miles per hour collision happen from roughly 7 million miles away. On Sept. 16, DART released a smaller spacecraft it was carrying, called LICIACube. That craft will film the collision and debris.

It might sound a bit silly to some, but the space agency notes that there are roughly 25,000 large (500 feet or bigger) asteroids that are near the earth, each big enough to destroy a city. And its scientists want to have a contingency plan in place should one of them end up on a collision course, so we don’t go the way of the dinosaurs. China is working on a similar program.

Want to watch DART square off against an interstellar intruder? Here’s how.

When will DART crash into the asteroid?

The spacecraft will impact the Dimorphos asteroid on Mon., Sept. 26. NASA expects the impact will take place at 7:14 p.m. ET, but coverage will begin at 5:30 p.m. ET.

Where can I watch the rocket crash into the asteroid?

NASA is doing blanket coverage on all of its properties, including NASA TV. If your cable/satellite provider doesn’t carry that channel, you can watch on:

Does this asteroid pose any threat to earth currently?

No. NASA made it clear in August that the asteroid on which it is testing DART poses no threat to earth.

When will we know if crashing a rocket into an asteroid had any effect?

At 8:00 p.m. ET on Monday, NASA will host a post-impact press briefing, in which officials will discuss the mission. It will take some time to know if the mission was effective, though—and a lot will depend on whether Dimorphos is solid or a pile of space debris held together by gravity. Astronomers will look for a dimming of Didymos as Dimorphos passes in front of it.