When a Black CEO is appointed, it benefits the company’s stock, according to new research 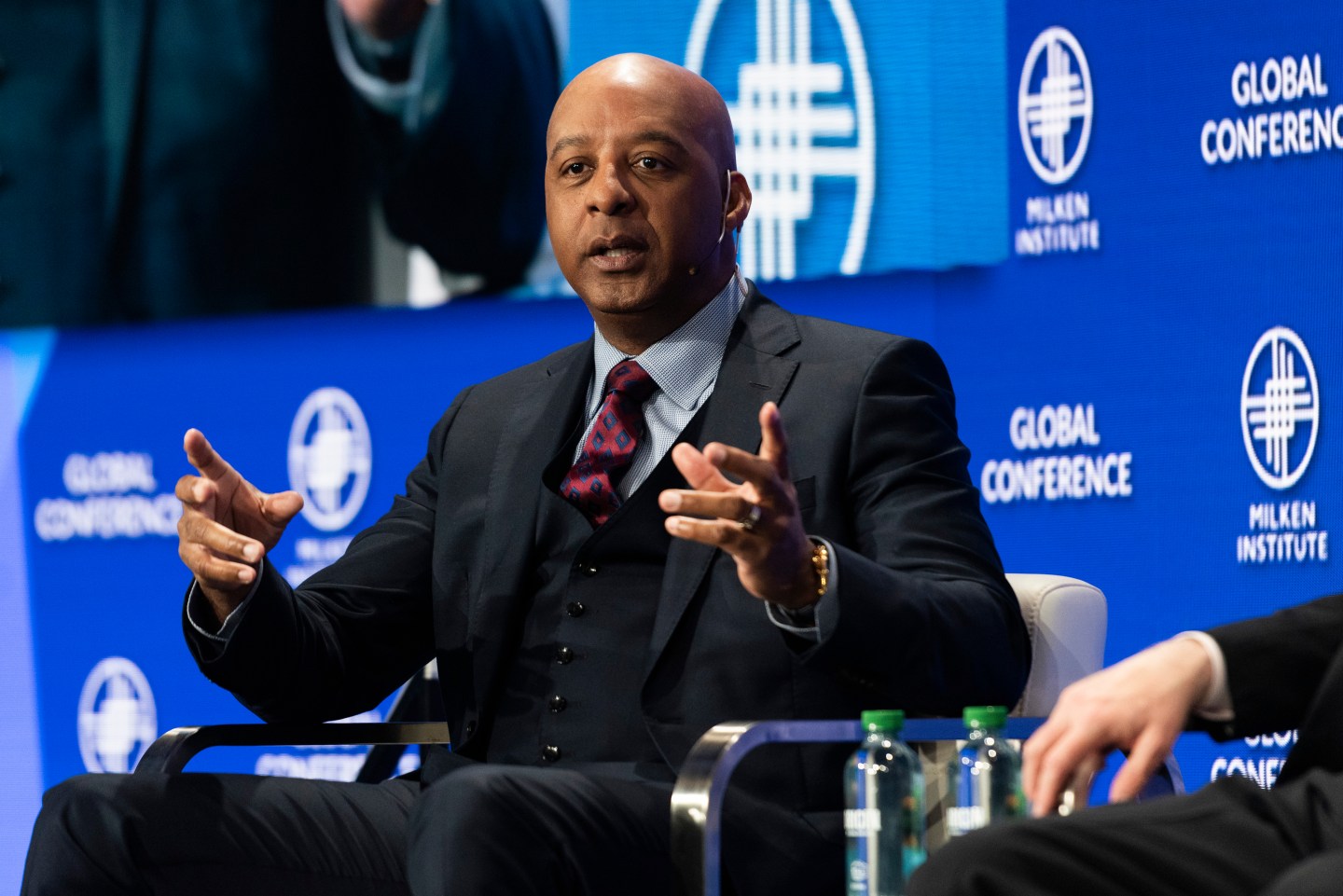 “We think that the low representation of Black CEOs in corporate America today is just shocking,” Ann Mooney Murphy, an associate professor at the Stevens Institute of Technology School of Business, told me.

Murphy is a co-author of the recent study from Stevens Institute and the University of Georgia, “How do investors really react to the appointment of Black CEOs?” published in the Strategic Management Journal. According to the study findings, the stock value of an S&P 1500 firm increases when it announces the appointment of a Black CEO.

I had a call with Murphy, a former CPA, on Tuesday while she’s in London this week attending the annual Strategic Management Society conference to present the research. When asked why she and her peers decided to conduct this study, Murphy pointed to the underrepresentation of Black CEOs at Fortune 500 companies—there are currently six. And progress in this area is at a slow pace, she said. For example, Ursula Burns, the former CEO of Xerox (from 2009 to 2016), was the first Black woman to run a Fortune 500 company. When Burns left Xerox at the end of 2016, it would take five years for another Black woman to be at the helm of a Fortune 500 company—CEO of Walgreens Roz Brewer.

“We decided that we wanted to understand this better,” Murphy explains. “There’s lots of evidence through other studies that Black leaders experience a significant amount of bias in corporate America. So, going into the study, we wondered if there would be a bias that would be present with investors.”

Murphy says that the researchers worked on the study for more than three years. To compile the data, they searched for media announcements of CEO hires using LexisNexis, Execucomp, ISS, and Gentry. Based on the study’s parameters, the data set used consisted of nearly 5,000 CEO appointments at S&P 1500 companies over 20 years (2001-2020), and 57 were Black CEOs. They then used Eventus for the market analysis, Murphy says.

The analytical tests showed the average cumulative abnormal return—a firm’s returns beyond expected normal market returns—was +3.1%, on average, to firms appointing Black CEOs, she says. Those returns were higher than the -.91%, on average, reaction found for a comparison sample of white CEOs, Murphy says.

An example? When Marvin Ellison was appointed the CEO of Lowe’s in 2018, the company saw a 9.6% increase (cumulative abnormal returns), Murphy says.

The +3.1% average noted in the study pertains to a three-day window from when the company announced to the press the new CEO “because that’s when the markets would most likely react,” Murphy says. “Event analyses like these do not look at long-term effects,” she says. “They look at short-term effects.”

The research findings are contrary to a 2021 paper, also published in the Strategic Management Journal, which claims investors respond more negatively to the announcement of Black CEO appointments than to white CEO appointments, Murphy says. The research data behind that study is not public, she says.

“Since making our data public, no one has contested our findings,” she says. “Our study also went through a very rigorous, blind peer review process and the like.”

The bar is higher

There’s another significant finding of the research Murphy conducted with her peers, she says.

“What we actually found was, almost because of the bias that they’ve experienced, there’s evidence that there is a significantly higher bar for advancement for Black CEOs compared to white CEOs,” Murphy says. She says the report also found Black CEOs have a greater number of advanced degrees and a higher likelihood of being educated at elite universities. “By the time a [Black executive] gets to the CEO office, they’ve time after time had to prove themselves,” Murphy says. “So, when they reach that highest point, they are extraordinary.”

The researchers believe these findings point to why stock values increased when firms announced the appointment of a Black CEO. A high-profile executive who then becomes one of the few Black CEOs of the Fortune 500, for example, means “you’re probably pretty extraordinary, and the markets appreciate that,” Murphy says. “Investors should be rational, right? Because it’s all about making money. They want to get returns. They don’t have, in all likelihood, personal relationships with these [CEOs]. They’re gonna put their money where they think it will be managed well.”

I asked Murphy what she and her fellow researchers hope to accomplish. They want the study to prompt boards and C-suite leaders to work to level the playing field for Black professionals to reach the chief executive role, she says.

Upcoming event: Join us for Fortune’s Emerging CFO event, “Rethinking KPIs in the Digital Era,” from 11 a.m.-noon ET on Oct. 19. This virtual discussion in, partnership with Workday, will discuss strategies to measure how value gets created today and the importance of agile systems that enable cross-functional collaboration and broader integration of your people and finance data. Speakers include Harmit Singh, EVP and CFO, Levi Strauss & Co.; Alka Tandan, CFO, Gainsight, Inc.; and Michael Schrage, Research Fellow, MIT Sloan School Initiative on the Digital Economy. Click here to register!

Hiring and retaining staff will continue to be an area of great concern for CFOs over the next 12 months, a survey by Gartner, Inc. found. The firm polled 234 CFOs and asked what they expect the most difficult task will be going into 2023. Fifty-four percent said retaining and hiring talent; forecasting, selected by 36% of respondents and cutting the right costs, selected by 35% of respondents, made up the top three challenges facing CFOs.

"How Coinbase’s $1 billion crypto philanthropy ambitions left a trail of disappointment and workers in the lurch," a new Fortune Crypto report by Leo Schwartz, is an investigation into the company's GiveCrypto project. Schwartz writes: "Coinbase would be joining a storied, albeit incipient lineage of crypto philanthropy, such as the Pineapple Fund, which had launched in 2017 to give away tens of millions of dollars worth of Bitcoin to nonprofits. Despite Armstrong’s lofty promises, GiveCrypto would come to represent the dark side of crypto-based charity—a mess of illogical coordination, misplaced assurances, and unpaid labor."

Michael Bilerman was named EVP, CFO, and chief investment officer at Tanger Factory Outlet Centers, Inc. (NYSE: SKT), an operator of open-air outlet centers. Bilerman is expected to join the company in the fourth quarter of 2022. He will report to Stephen Yalof, president and CEO, and will sit on the Office of the President Leadership Committee. With nearly 25 years of industry experience, Bilerman has spent the entirety of his career in real estate. For the last 18 years, Bilerman has been at Citi, most recently serving as managing director and head of real estate and lodging within its Citi Research division. He started his career at Goldman Sachs, where he spent six years in investment banking and equity research.

Gemma Brown was promoted to CFO at Vaccitech plc (Nasdaq: VACC), a clinical-stage biopharmaceutical company. Brown succeeds Georgy Egorov. She joined Vaccitech as its head of financial reporting in 2021. Prior to joining Vaccitech, Gemma was at EY where she held positions of increasing responsibility, reaching the level of senior manager and participating in their accelerated leadership programs. While at EY, she worked with clients across the U.S. and UK capital markets.

"The Fed knows what the destination is. So it's got the funds rate now, the upper bound is 2.5%. Very likely it gets to 4%-plus this year. Why not just rip off the Band-Aid? Let's get there in one day."