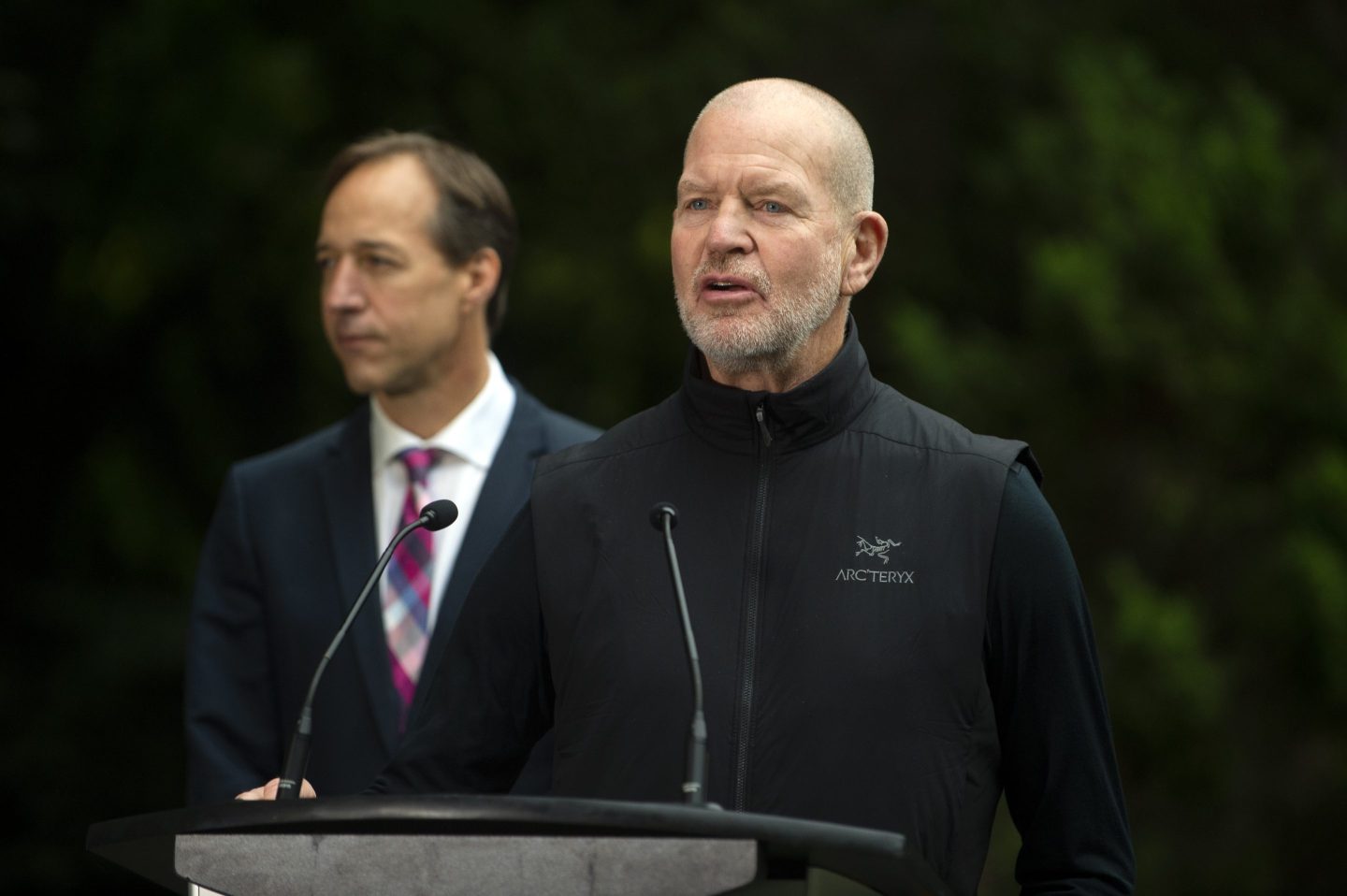 Nature conservationists finally have some cause for optimism at the end of a summer marked by record heat waves worldwide, as wealthy individuals commit major funds to fight climate change.

The donation of $100 million in Canadian dollars, or about $76 million U.S., will be made via the Wilson 5 Foundation, the Wilson family’s philanthropic organization.

When asked about the impetus for the donation, Wilson said that it came after recognizing how far the money could go in the province. “We keep coming back to B.C.,” he said during an interview on Bloomberg television, noting his family’s penchant for taking hiking-related vacations. “We’ve got a province twice the size of California, and we just recognized that so little of it is inhabitable, and it’s so rugged, and it’s so beautiful, and it’s relatively inexpensive,” he said.

Because of the low price tag, his donation could translate to “massive swaths of land” becoming parks, said Wilson, the 13th wealthiest person in Canada with a fortune of over $5 billion. The B.C. Parks Foundation has already noted three areas within the province it hopes to protect using the funds, which represent the biggest private donation in Canadian conservation history.

Wilson revealed the donation a day after Patagonia founder Yvon Chouinard announced his decision to give away his entire fortune by transferring the company to a nonprofit with the explicit goal of using all of its profits to combat climate change.

“Hopefully this will influence a new form of capitalism that doesn’t end up with a few rich people and a bunch of poor people,” said Chouinard in an interview with the New York Times.

Chouinard has been a longtime critic of excessive wealth, and described himself in the interview as being “pissed off” about being listed as a billionaire in Forbes. “Truth be told, there were no good options available,” he said in a statement. “So we created our own.”

Wilson’s and Chouinard’s philanthropic decisions come as climate-change-related catastrophes become more pronounced across the world, with some scientists arguing that Earth is approaching climate “tipping points” earlier than expected.

Europe continues to endure extreme heat that has exacerbated an energy crisis and damaged valuable harvests. Parts of China and the U.S. are facing similar issues. In Pakistan, ongoing devastating flooding has now impacted over 33 million people.