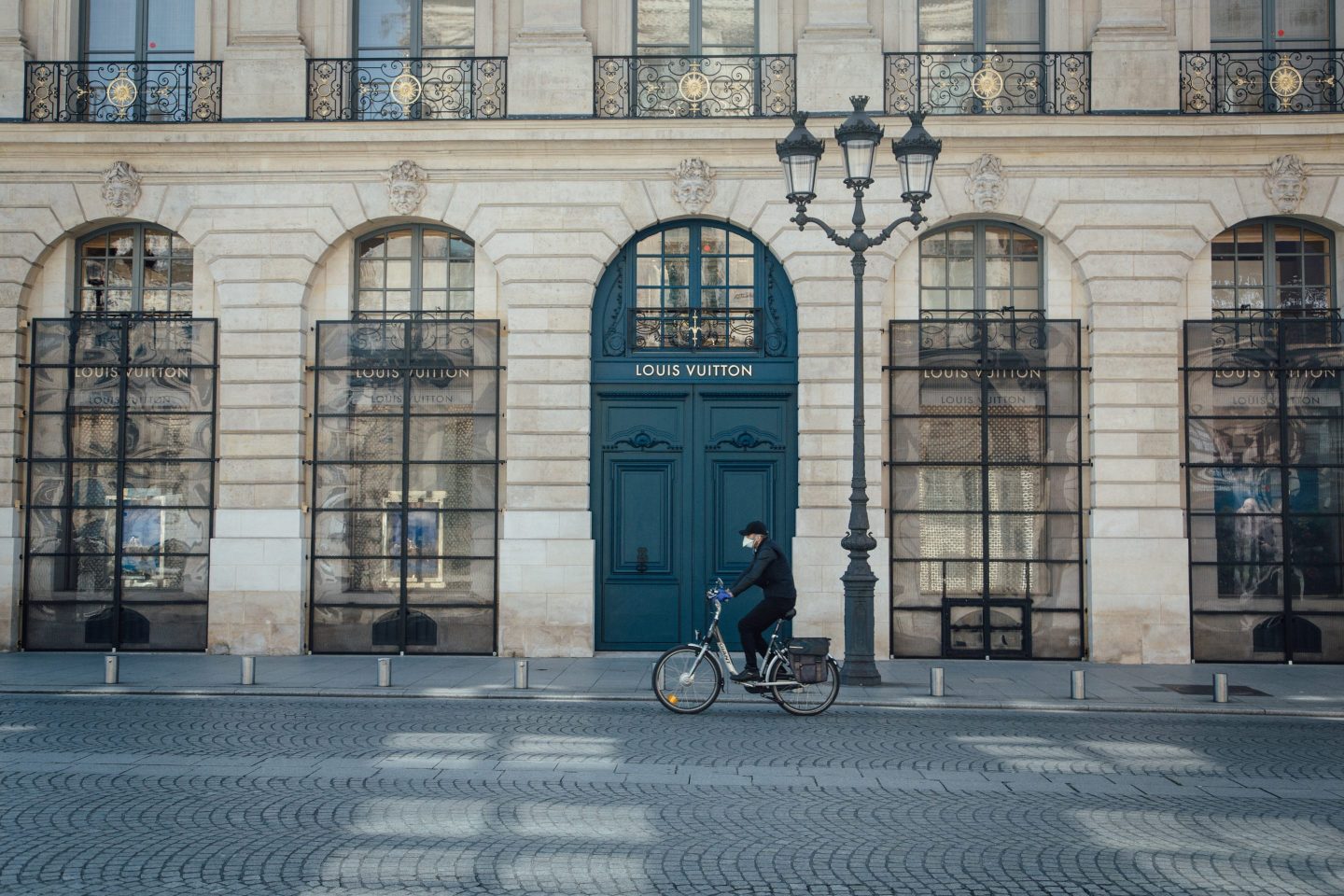 LVMH, the fashion giant conglomerate behind such brands as Louis Vuitton, Christian Dior, and Moet Hennessey, is planning a number of new energy saving measures to cut down on its electricity consumption over winter
Cyril Marcilhacy—Bloomberg/Getty Images

Even the luxury world isn’t immune to the energy crisis descending on Europe.

LVMH, the luxury conglomerate behind such brands as Louis Vuitton, Christian Dior, and Moet Hennessey, is planning to turn off store lights overnight and is advising its workers to take the stairs rather than the elevator as it tries to cut down on electricity consumption.

As part of an EU-wide initiative to voluntarily cut gas consumption by 15%, French President Emmanuel Macron’s government has called on the country to prepare for an energy “sobriety” era as the winter sets in and cold weather pushes people to turn up their heating.

LVMH is doing its part by cutting 10% of its energy demand between October 2022 and the following October. It plans to do this by making the thermostat temperature in all its stores 1°C colder in winter and  1°C warmer in summer. The group will also shut off the lights in its French stores between 10 p.m. and 7 a.m., so window shoppers will no longer see into the shop as they walk past at night.

The move to cut energy use will also impact the behavior of the 34,000 French employees of LVMH, who together use enough electricity to power a city of 150,000 inhabitants. They have been asked by LVMH to turn off the lighting and their computer screens when they leave the office, unplug chargers from their sockets, and choose self-powered alternatives when available, like taking stairs instead of the elevator.

To further “reduce the current tensions on the electricity market,” LVMH is also pushing its employees to take these behaviors home by encouraging them to use the EcoWatt app, which will help them manage their residential energy consumption.

LVMH notes that as part of its LIFE360 plans it intends to power its workshops, stores, and offices with 100% renewable or low-carbon energy by 2026.

While this may seem like a daunting challenge, in France the business is almost entirely there.

Home the world’s largest network of nuclear reactors after the U.S., France has historically produced more than 75% of its electricity from low-carbon nuclear power—making it more insulated than other EU countries from the price shocks that came after Russia cut its gas supplies to the bloc.

But after an unusual number of reactor outages drove France’s nuclear power output to a 30-year low, the country quickly found itself in the headwinds of the continent-wide energy crunch—and while grid operator RTE believes there is no risk of a total blackout in France, power cuts during peak demands might be expected.

French climate activists will welcome LVMH’s news as they have campaigned against Parisian stores keeping their lights on past midnight, despite a law introduced almost a decade ago requiring them to go dark after 1 a.m.

In the face of rising energy bills and surging inflation, France’s left-leaning politicians have called for a broad windfall tax, not just on energy producers, but on any company judged to be earning excessive profits. The hope among far-left leaning campaigners is to win back support among working-class voters, who in recent years have turned away from left-wing policies and instead backed Marine Le Pen’s far-right National Rally party.

Macron’s government has so far resisted calls for a broad windfall tax on companies, as one would clash with his pro-business, tax-cutting policies. Instead, it had turned toward a price cap on electricity. France’s Prime Minister Elisabeth Borne said on Wednesday that the government would cap power and gas prices for households at 15% next year to prevent household bills from doubling—a move which will cost the state €16 billion.