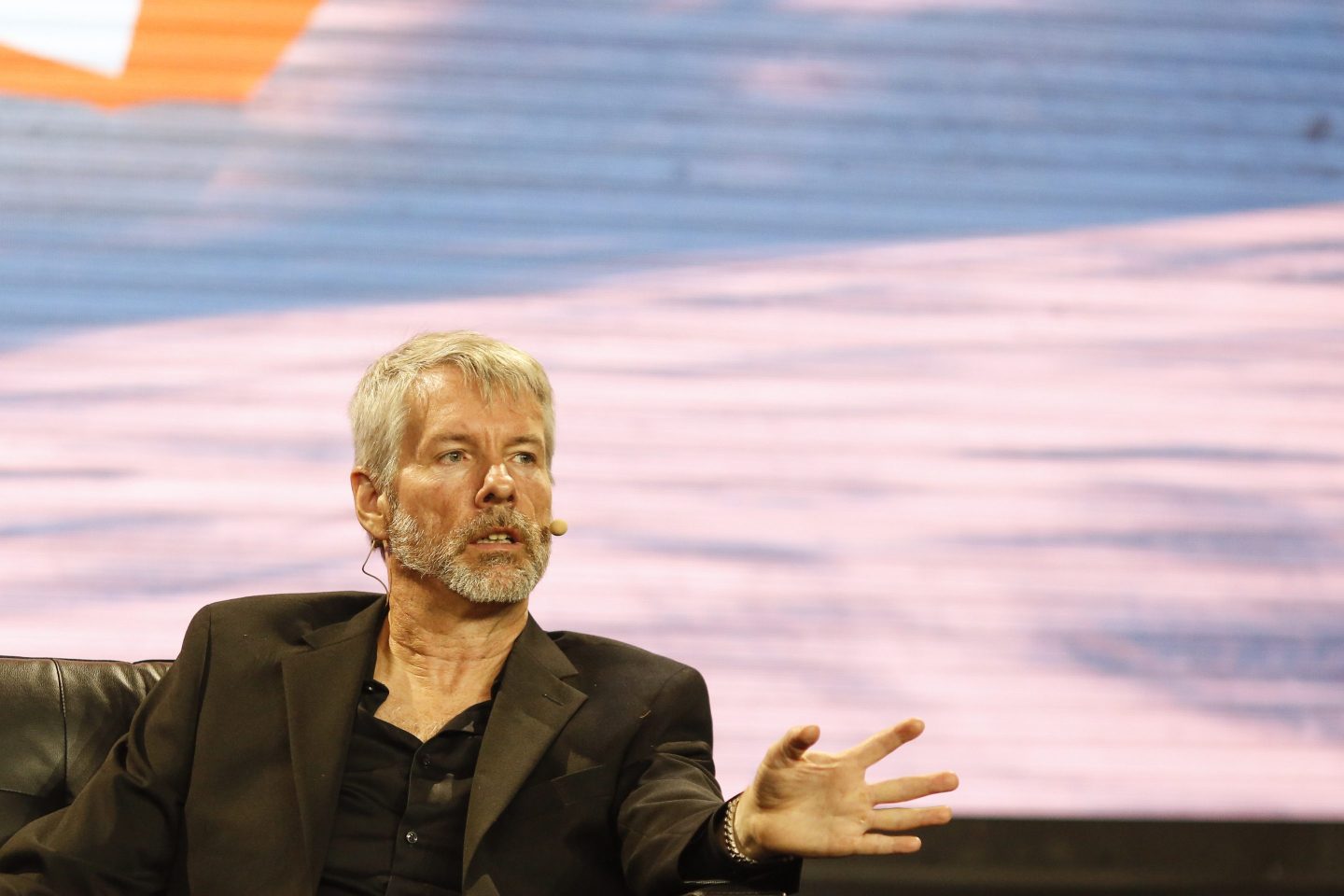 When this writer first read that MicroStrategy founder Michael Saylor plans to sell $500 million in stock to swell his Bitcoin stash, I thought it was another half-crazed bet from the flagship cryptocurrency world’s leading crusader and true-believer.

After all, Saylor’s already spent nearly $4 billion to amass almost 130,000 coins that are now worth one-third less than he paid (read the full tale of Saylor’s Bitcoin odyssey here). The gamble went so wrong that in Q2, Bitcoin’s cascading price stuck MicroStrategy with a $918 million loss. Amid the wreckage, Saylor stepped down as CEO to become executive chairman of the enterprise software player whose voting shares he tightly controls. Between the disastrous earnings release and the filing for the offering, Saylor made more headlines at the close of August when the Washington, DC attorney general unveiled a lawsuit that charged the flamboyant promoter with evading $25 million in District taxes by falsely claiming he lives in Florida.

Then I thought again. What if MicroStrategy’s stock is so over-valued that it’s less inflated than battered Bitcoin? In that case, Saylor might conceivably be smart to issue new shares now, while he can sell them far above fundamental value, and park the proceeds in something that’s seen, at least in some camps, as a “hard asset?” He’d be using a super-rich currency to buy what’s supposed to be a durable store of value. Then, though MicroStrategy shareholders would still suffer big time, they’d suffer less than if Saylor hadn’t sold the shares to buy more Bitcoin, providing the coins simply keep today’s value.

The whole strategy seems outrageous. Bitcoin’s proven the most volatile major asset class in history, and anything but a gold-like refuge for hard times. But if you combine that high probability that MicroStrategy’s facing a deep dive, and the chance that Bitcoin’s dropped so far it might at least stabilize or even rise, to be sure a zany, practically surreal blend of factors, then the Saylor gambit could make some sort of financial sense. Not as much sense as selling all his Bitcoin tomorrow, collecting some rainy day cash, and striving to revive a formerly slow-growth but fairly profitable software enterprise. But maybe not as daffy as it looks.

In fact, this isn’t the first time Saylor’s marshaled high-flying stock to buy Bitcoin. From the time he started purchasing coins in August of 2020 to June of 2021, his stock jumped from below $150 a share to around $700, tracking the explosion in Bitcoin. Saylor saw a big opportunity, and pounced. Over the next several months, he sold $1 billion in stock at average prices of over $700. As a result, an offering that would have diluted his shareholders by 66% pre-Bitcoin lowered their earnings-per-share only 12%. Says Ryan Ballentine, co-founder of Bireme Capital, a money manager that’s shorting MicroStrategy shares, “Saylor would have been much better off using inflated stock to buy all his Bitcoin than borrowing $2.4 billion he’ll have to repay.”

Here’s how the deal could actually cushion what looks like an inevitable fall in MicroStrategy’s stock. The only thing that would prevent a big drop is a jump in Bitcoin’s price, and the recent trend is anything but favorable. First, let’s examine MicroStrategy’s fundamentals. As of mid-day on September 13, its Bitcoin warchest has a market value of $2.63 billion, at an average price of $20,300 per coin. That’s just $230 million more than the $2.4 billion in balance sheet debt securing the coins. What’s the software business worth? It hasn’t grown in years, and posted pre-tax earnings of only $19 million in 2021, and it barely broke even in the first six months of 2022. (We’ll use pre-tax rather than net income since MicroStrategy has garnered giant tax loss carry forwards that should wipe out levies for years to come.) But let’s assume best case. Since 2016, it’s before-tax profits from the software franchise have averaged $52 million annually. Forecasting a similar number is highly optimistic since MicroStrategy had minimal debt pre-COVID, and the almost $50 million in annual interest on the $2.4 billion borrowed to buy Bitcoin is now erasing most of the operating income from software sales and services.

Once again, MicroStrategy’s shown no ability to expand sales or profits from software. So we’ll apply a zero-growth multiple of 15 to those possible earnings. Hence, the software side of the business is worth something like $780 million, at best. (That’s 15 x $52 million.) Add the net value of the Bitcoin ($230 million) to the earnings-power of software, and based on basics, MicroStrategy appears to merit a market cap of approximately $1 billion, in the most upbeat of estimates. The rub: MicroStrategy’s is selling at a valuation of $2.66 billion, nearly 2.7 times that number.

Today, its outstanding share count is 11.3 million. A year from now, say, if MicroStrategy retreats to a fundamental value that includes Bitcoin still hovering at today’s level of $20,300 or so, each share would be worth $88 ($1 billion market cap divided by 11.3 million shares). That’s as if Saylor never proposed the new offering and didn’t sell any additional shares.

At first glance, Saylor’s blueprint looks like a disaster. He’d be floating a boatload of 2.1 million new shares. The sales, headed by Cowen & Co., would happen over weeks and months. But to simplify, we’ll assume he collects, on average, the September 13 price of $235. That’s substantial dilution of 18.6%, lifting the total share count to 13.4 million. But keep in mind he’s using inflated stock to buy something that might be less inflated. Consider that in mid-2023, the software business is still worth $780 million, and Bitcoin’s price is the same. MicroStrategy would own $500 million more Bitcoin, for a total of $3.16 billion, or $760 million more than the $2.4 billion in debt. All told, MicroStrategy’s cap would be that $760 million in Bitcoin plus the $780 on the software side for a total of $1.54 billion. It would be selling at $115 a share, almost one-third more than if Saylor didn’t buy the coins! (That’s the $1.54 billion market cap over 13.4 million shares.)

Obviously, MicroStrategy investors will still be dismayed at a drop from $235 to $115, or by just over half. But it’s still a lot better than a descent from $235 to $88, the two-thirds hit that would happen if he didn’t capitalize on the huge over-valuation to grab the extra Bitcoin.

Once again, this whole head-spinning exercise only works if Bitcoin’s price at least stays at today’s levels. But it doesn’t have to rise for Saylor’s scheme to follow a certain logic. In the end though, this delirious maneuver, if it works, would only soften what’s destined to be a hard landing for MicroStrategy—unless, of course, Bitcoin soars again. Naturally, Saylor’s doubling down because he thinks that will happen. Barring the Bitcoin miracle he’s long and wrongly predicted, MicroStrategy shareholders will pay sorely for Michael Saylor’s zealotry-gone-wrong.