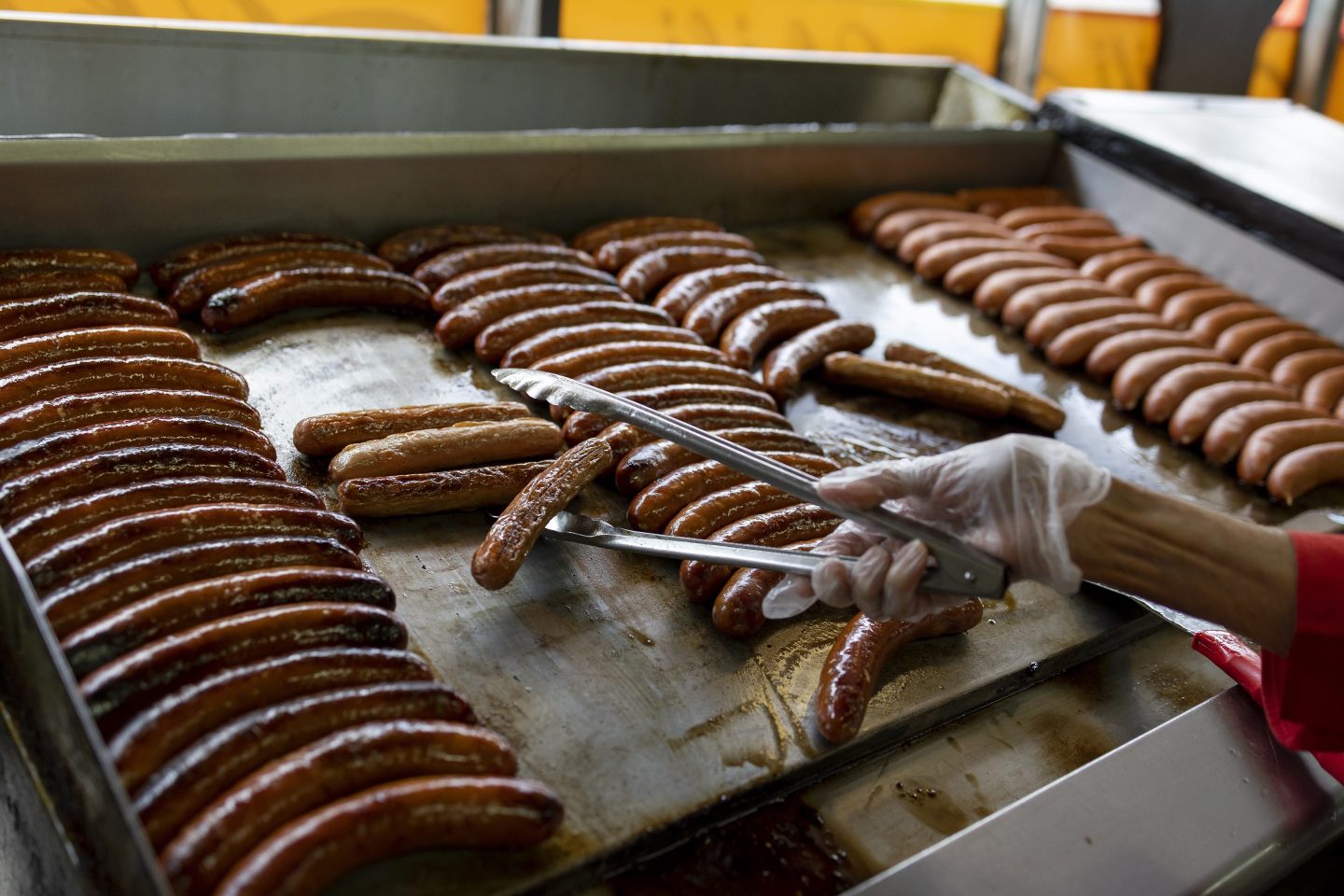 Americans have strong opinions about hot dogs. In certain parts of New Jersey, the disagreements get intense. Ask 10 people to name the best hot dog in the state, and you may get 10 different answers. Some swear by “Rippers” from Rutt’s Hut in Clifton (hot dogs whose skins rip when they’re deep-fried), while others are devoted to Hiram’s chili cheese dogs in Fort Lee.

Along the Springsteen Corridor—the beachy hamlets that populate the Jersey shoreline—the most common answer up until very recently would be a Schickhaus dog, served for over a century at family owned boardwalk hot-dog joints. The Schickhaus name wasn’t widely known beyond the Jersey Shore, so it didn’t make national headlines when, earlier this year, the brand quietly disappeared.

These extra-long “griddle franks” trace their popularity all the way back to 1928, when Max Altman went to his local meat purveyor, Louis Wenning, with a proposition: He needed a longer hot dog for his new restaurant, Max’s, on the boardwalk in Long Branch. Could Wenning persuade the Schickhaus Company, in Kearny, New Jersey, to manufacture the new quarter-pound frankfurter?

At the time, a standard-size hot dog cost a nickel. Altman would charge a dime for his new, larger frankfurters, a sum that many thought was an absurd amount to pay for a hot dog.

But Altman felt he needed a signature product. The new, longer hot dog would differentiate Max’s franks at a time when the Coney Island brand Nathan’s was taking over the beaches along the Eastern seaboard. With the Great Depression on the doorstep, Altman bet that a quarter-pound hot dog would make a meal at a time when American consumers were trying to stretch the value of their dollar.

The gambit paid off. Nearly a century later, both companies—Max’s (now known as Max’s Bar & Grill) and Wenning Foods—are still flourishing in Long Branch. Although Max’s is no longer in its original boardwalk location (it’s now situated a block away on Ocean Avenue), the place still serves griddled hot dogs from the same stainless-steel flat-top held over from the 1950s. Minutes away, a bright neon hot dog sign still proudly hangs in the window of Wenning’s original storefront on Pearl Street.

Over the years since then, the Schickhaus label has changed hands several times, shuffled through the massive portfolios of major meatpackers like Armour and Smithfield.

In early 2020, when the pandemic hit, businesses up and down the supply chain were thrown into chaos. Slaughterhouses closed down, and Smithfield halted production of Schickhaus hot dogs temporarily. Restaurants also shut down and bills started to pile up. Wenning was able to work with long-time customers to extend credit.

“Without Wenning, I probably wouldn’t have been able to stay in business,” says Jenn Maybaum, who now owns Max’s in Long Branch. Her grandfather bought the business from Max Altman in the 1950s, and Maybaum is the third generation of her family to run it. “I couldn’t pay them during COVID. But they didn’t care. They’ve known me my entire life.”

Then one day in this past winter, a plant manager called to inform Wenning that Schickhaus hot dogs were being discontinued, leaving Jersey restaurants scrambling for a replacement.

A Smithfield spokesman said the company made a strategic decision to discontinue the Schickhaus “niche brand” of hot dogs, consolidating around other brands like Nathan’s and Gwaltney. The Schickhaus name lives on through bologna products.

Rather than leave wholesale customers like Max’s in a lurch, Wenning contacted a producer that had held the Schickhaus contract decades ago, who had access to the original formula. “I asked them if they could go back and make us a version of those with our name on the label,” said Dennis Wenning, who now runs his grandfather’s business.

The new Wenning Griddle Frank maintained the same 4-to-1 beef to pork ratio of a Schickhaus, but with less sodium and less saturated fat. It uses the same natural casing that gives the Schickhaus its signature snap.

Wenning Foods has been selling its signature franks to Food Town groceries and recently made a deal with ShopRite to carry them in over 50 stores across Jersey. Dennis Wenning even enjoys the occasional hot dog himself, although he admits that those occasions are fewer and further between these days, for health reasons: “I rarely eat them, it’s like work to me, but I had a Wenning frank two nights ago with mustard, relish, and a little sauerkraut.” He said it was delicious.

Earlier this year, wholesale customers like Max’s and Martell’s in Point Pleasant started receiving the Wenning house brand as a proxy. Delicious Orchards has carried them all summer long hoping to satisfy their beachgoing customers looking for Schickhaus. “We sell tons of other hot dogs,” McDonald says, “but Shickhaus always had its own lane. It’s a generational thing.”

So far, his longtime customers have been thrilled. “I don’t think we’ve had a single person say they’re disappointed,” he says.