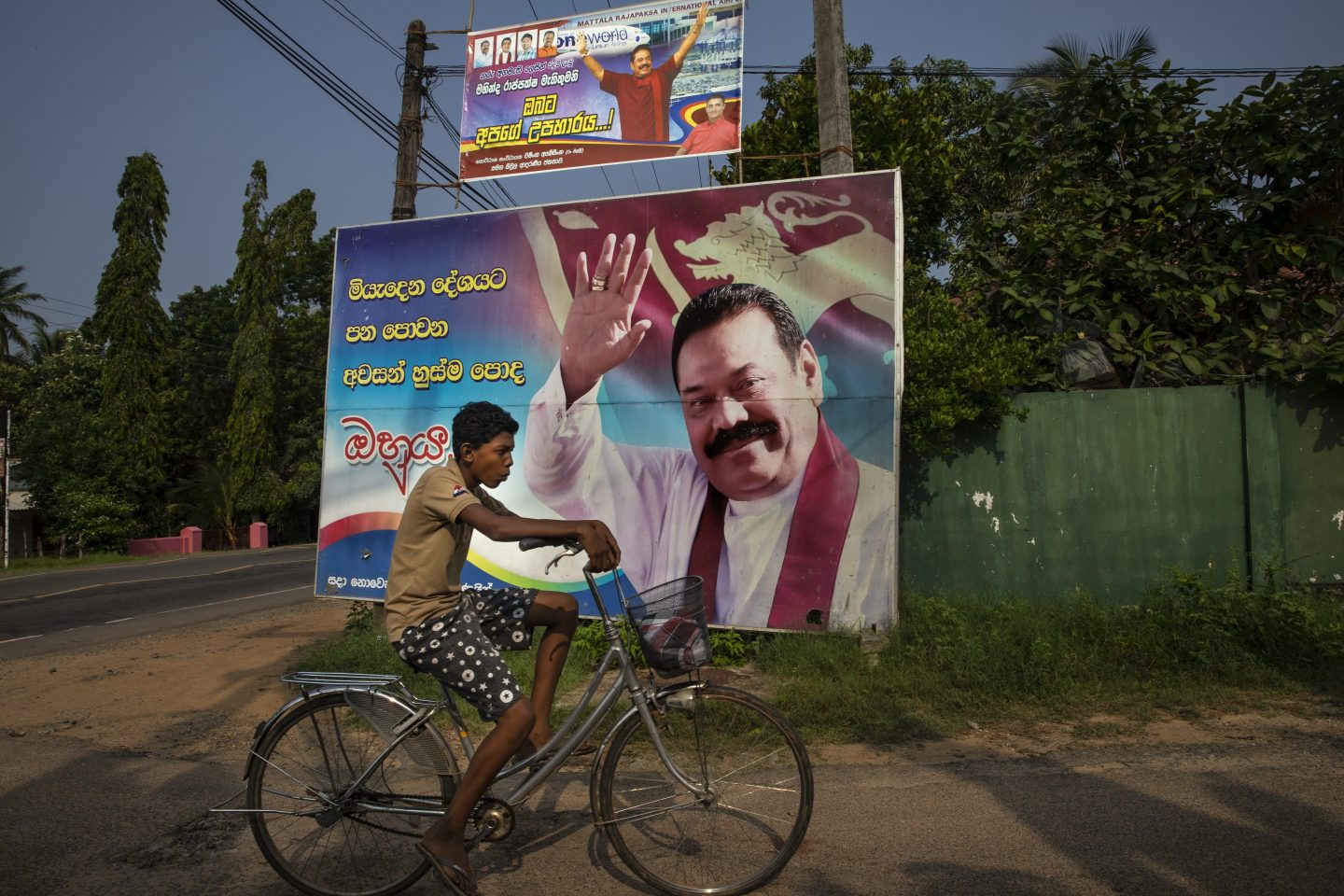 In recent years, China has shelled out tens of billions in opaque “emergency loans” for at-risk nations, indicating a shift to providing short-term emergency lending rather than longer-term infrastructure loans.

Since 2017, Beijing has given a collective $32.8 billion in emergency loans to Sri Lanka, Pakistan, and Argentina, according to AidData, a research lab at William & Mary University that focuses on China’s global financing activities.

China has also offered emergency loans to Eastern European nations Ukraine and Belarus; South American countries Venezuela and Ecuador; African nations Kenya and Angola; alongside Laos, Egypt, and Mongolia. Chinese overseas lending and credit relationships remain “exceptionally opaque,” according to World Bank researchers. “Chinese lenders require strict confidentiality from their debtors and do not release a granular breakdown of their lending,” they wrote.

But researchers have found that the bulk of China’s overseas lending—around 60%—is now to low-income countries that are currently mired in debt distress, or at high risk of it. Beijing’s pivot to short-term rescue lending highlights its growing role as an emergency lender of last resort, rendering it an alternative to the Western-backed International Monetary Fund (IMF).

Experts are concerned about what comes next, as many of the nations that took loans from China are facing an extraordinary debt crunch amid an era of inflation and climate change. For instance, a Pakistani official said just last week that the epic flooding that covered most of the South Asian country will cost upwards of $10 billion.

Beijing’s emergency lending for at-risk nations has been aimed at averting defaults on infrastructure loans it gave through the BRI, according to a Financial Times report.

“Beijing has tried to keep these countries afloat by providing emergency loan after emergency loan without asking its borrowers to restore economic policy discipline or pursue debt relief through a coordinated restructuring process with all major creditors,” Bradley Parks, AidData executive director, told the FT.

Emerging economies across Asia, Africa, and the Middle East have struggled with repaying their BRI loans. The COVID-19 pandemic and Russia’s war on Ukraine exacerbated these nations’ food and fuel shortages and their balance of payments crises. Nearly 70% of the world’s poorest countries will dole out $52.8 billion this year to repay debts, with more than a quarter of that amount flowing to China.

This means that China has become the most important official player in global sovereign debt renegotiations, World Bank researchers say. But as Chinese lenders require strict confidentiality from their debtors and do not release a granular breakdown of their lending, there’s a yawning knowledge gap on what happens to Chinese claims in the event of debt distress and default, they wrote.

Gabriel Sterne, a former IMF economist and current head of global emerging markets and strategy research at Oxford Economics, told the FT that China’s emergency lending merely “postpones the day of reckoning” for debt-distressed nations that may be seeking out Chinese loans and avoiding the IMF, the latter of which “demands painful reform.”

In the past couple of weeks, both China and the IMF have inked, or moved closer to, bailout agreements for Sri Lanka, Pakistan, and other nations. Beijing, meanwhile, has pledged to forgive 23 interest-free loans to 17 African nations, and will redirect $10 billion of its IMF reserves to the continent.

There are now signs that the IMF is pushing for full transparency from vulnerable nations in order to receive funding. AidData’s Parks told the South China Morning Post last month that the IMF is pressuring borrowers to disclose their BRI loan contract details.

The IMF has “zeroed in on cash collateral clauses in BRI loan contracts that give China a first priority claim on foreign exchange in borrower countries,” Parks said.

Some countries are already abiding by the tougher loan conditions. Pakistan, for instance, has “shared details with the IMF…in consultation with the Chinese side,” Muhammad Faisal, a research fellow at the Institute of Strategic Studies Islamabad, told the SCMP.

Still, World Bank researchers predict that China’s appetite for overseas financing, lending, and debt relief is set to decline as Chinese lenders face pressure at home and abroad. Emerging economies are at risk of a “sudden stop” in Chinese lending, which could have “substantial” ripple effects worldwide.

[This report was updated to include a final paragraph on World Bank researchers’ predictions.]