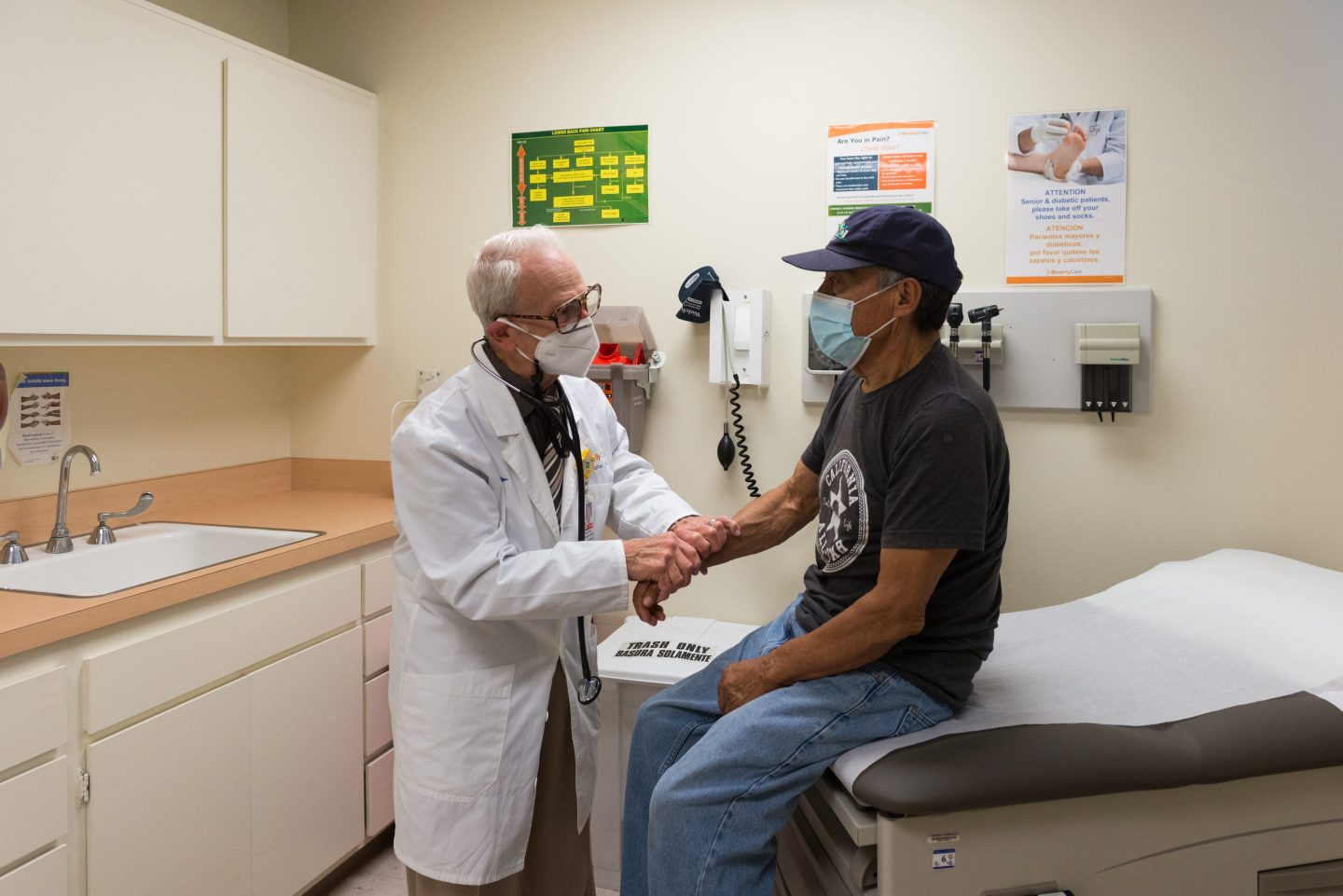 A growing number of hospitals are outsourcing often-unprofitable outpatient services for their poorest patients by setting up independent, nonprofit organizations to provide primary care.

Medicare and Medicaid pay these clinics, known as federally qualified health center look-alikes, significantly more than they would if the sites were owned by hospitals.

Like the nearly 1,400 federally qualified health centers—which get those additional dollars as well—a clinic designated by the government as a “look-alike” is also eligible for federal programs that could help reduce costs and recruit providers. They allow the clinics to obtain prescription drugs at deep discounts and attract doctors by making them eligible for a government program that helps them pay off their student debt if they work in an area with a shortage of medical providers.

But unlike the community health centers, the look-alikes do not get an annual federal grant to cover operational costs. Nor do the look-alikes get the financial benefit in which the federal government covers their malpractice risks.

Even though they are not part of a hospital system, many of the hospital-formed look-alikes have clinics on hospital campuses or within a short distance. As a result, the clinics can help divert patients without urgent needs from expensive emergency rooms.

That helps reduce losses, especially from uninsured patients who might have been using the ER for primary care. Converting clinics to look-alikes is also often a strategy for hospitals that have a high proportion of patients enrolled in Medicaid, which generally reimburses hospitals at lower rates than commercial health plans do, said Jeffrey Allen, a partner with the consulting firm Forvis. “It’s a trend that’s gaining momentum,” he said.

Hospitals are betting that they will come out ahead by spinning off a money-losing service and providing grant funding to the look-alike to keep it solvent, he said. At the same time, hospitals expect many patients from the look-alike clinics who need to be admitted for services or require specialized care to be routed to their hospitals, he said.At least eight hospital systems have converted existing clinics or built new ones that received look-alike designation from 2019 through 2022, according to a KHN analysis of federal data. They include:

Indiana Hospital Association President Brian Tabor said hospitals are sometimes wary of forming a look-alike because it means giving control to a new organization. But, he said, the conversion can benefit both hospitals and patients: “Hospitals are exploring different payment models to support access in rural and underserved areas, and look-alike status has emerged for some as a real critical tool.”

Nationally, 108 look-alike health centers operate today, an increase from 87 in 2020, according to the federal Health Resources and Services Administration. The majority were not started by hospitals.

BeverlyCare in Montebello, in Los Angeles County, is a federally qualified health center look-alike that was established by Beverly Hospital. The look-alike leases space from the hospital for its main primary care and pediatrics facility, which is housed in the Beverly Medical Plaza. A women’s health clinic is 2 miles away. BeverlyCare Executive Director Corali Nakamatsu said the look-alike clinic works closely with the hospital and pays it to handle many administrative functions.
Heidi de Marco—KHN

In the Allentown, Pennsylvania, area, both major health systems—St. Luke’s University Health Network and Lehigh Valley Health Network—recently transitioned many of their primary care clinics to look-alikes. Neither hospital would provide a spokesperson to talk about the changes, but both answered questions in writing.

St. Luke’s started Star Community Health in 2018; it received its look-alike designation in 2020. “Star has been able to treat a broader group of individuals that would otherwise not have access to care,” Star CEO Mark Roberts said, although he provided no details about the expansion.

Lehigh Valley converted several of its primary care practices to look-alike status under the name Valley Health Partners Community Health Center. The extra funding from Medicare and Medicaid has allowed the clinics to expand services for mental health and substance use, as well as to offer assistance from financial counselors, social workers, and clinical pharmacists, said spokesperson Jamie Stover.

Lee Health, a hospital system based in Fort Myers, Florida, converted more than two dozen of its outpatient clinics to look-alike status starting in 2014. Bob Johns, senior vice president for Lee Community Healthcare, is the lone full-time executive of the look-alike. The other personnel are still employed by the hospital system.

Johns said the look-alike clinic gets about $120 for a Medicaid primary care office visit, nearly double the payment that the clinics received when they were owned by Lee Health.

Johns credits the look-alike clinics for reducing unnecessary ER visits at Lee Health hospitals by at least 20%. Many of those visits were from uninsured patients, he said.

Look-alikes also benefit from the federal 340B program, which allows them to buy medicines at deeply discounted rates to sell to patients. The patients’ insurers typically pay the centers a higher rate, and the clinics keep the difference. Clinics can reduce the out-of-pocket costs for patients but are not required to, although Johns said Lee Health does reduce the drug costs for patients who are uninsured or have low incomes.

Hospital systems like Lee Health that qualify for the 340B program typically can use it for only their admitted patients, Johns said.

The look-alike status also allows the clinics to participate in the National Health Service Corps, a federal program that pays the student loans of clinicians who agree to work in an area with a shortage of health care providers, he said. “It’s a great way for us to hang on to providers,” Johns said.

Shifting care to look-alikes has helped Lee Health find new funding to expand care to the medically underserved, he said.

“It’s a cool model and a very efficient way to use limited resources,” Johns said.