America is witnessing the birth of a new industrial policy. Here’s how to make sure it benefits workers and entrepreneurs across the country, not just a handful of superstar urban regions 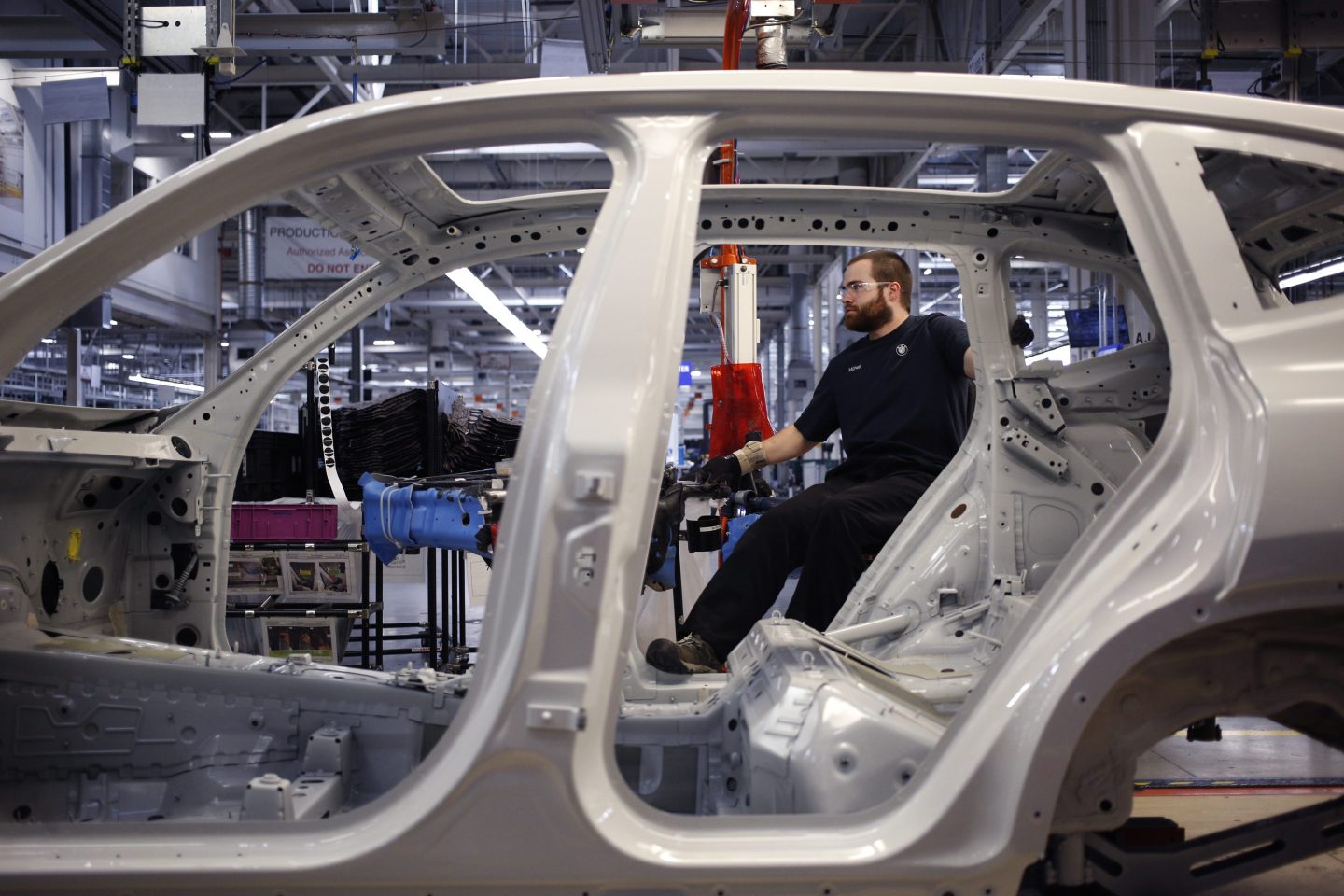 BMW's sectoral and regional approach in South Carolina has been extensively studied by researchers as an example of German-style industrial policy in a U.S. context.
Luke Sharrett—Bloomberg/Getty Images

The unexpected passage of the $259 billion CHIPS and Science Act in July–the largest single piece of American industrial policy in decades–got us thinking about peach orchards.

In the early 1990s, BMW acquired 900 acres of them for a massive new auto plant near Spartanburg, South Carolina­–prompting a warm welcome, given the dramatic decline of the state’s textile industry and thousands of good jobs that went with it.

Yet for all that, no one was quite prepared for all the questions BMW asked as it went around the region, from the small tool-and-die shops to the chambers of commerce, state and local agencies, high schools, and colleges.

How do we build up the local base of suppliers we can do business with, so we innovate together?

How can we work with you to make sure local workers, not just people who migrate in, get the best possible shot at good jobs, and better yet careers, in our industry?

How about we launch R&D partnerships with your universities?

In short, BMW brought with it not just jobs (lots of them), but a new way of operating that is even now still novel in America.

South Carolina’s experience with German-style “industrial policy” holds profound lessons for the nation. And that’s especially true for the struggling local economies and workers that could—but won’t necessarily—benefit from new national investments in semiconductor manufacturing and other advanced industries, some of them critical to climate action. Call it lessons from the German way of doing corporate business locally or call it the truth about how rising economic tides actually work. The risk now is that we will fail to understand and apply those lessons. We could miss a generational opportunity to show that economic innovation and change can benefit everyone.

The myths about prosperity

As astute observers of our economic history have underscored, America is witnessing the birth of a “new industrial policy.” The recent passage of two signature pieces of federal legislation—the CHIPS and Science Act plus the Inflation Reduction Act—which will, directly and indirectly, invest billions in nationally vital industries—reflect the collapse of two powerful myths about how to create lasting economic prosperity and resilience in a world upended by technological change, superpower conflict, a global pandemic, and other forces.

The first myth held that government’s smartest approach to a nation’s industrial competitiveness was to stay out of the way and let the genius of the market operate. Smart and forward-looking industrial policy, of the kind that turbocharged economies in East Asia and other parts of the world, as a large body of research has shown, and that helped America win the Second World War and invent semiconductors and other industries in the first place, was, for decades, not on the table here in free-market America.

The second myth held that the much-hyped innovation economy would push its way naturally to all corners of the country, creating new livelihoods, not just new gadgets, apps, and billionaires with names like Gates, Bezos, and Musk. Instead, a small handful of superstar urban regions, in our “winner-take-most” economy, have captured the lion’s share of the innovation jobs and wealth in recent decades. Brookings Institution research shows the pandemic and recovery, including the rise of remote work, have barely dented those trends (though a key provision in CHIPS, to create “tech hubs” in more regions, aims to tackle that hyper-concentration problem head-on).

We would love to report that facts, at last, overcame both myths and nudged our nation’s policymakers, on both sides of the aisle, to make big and vital new bets on American prosperity, not to mention community survival in the face of a changing climate. But in truth, fear of Chinese dominance, combined with sudden supply-chain breakdowns—and spiraling costs and wait times, for everything from cars to appliances, laptops, smartphones, and solar panels—probably had more to do with it.

Whatever explains it, here we are, thanks to Congress and President Biden. The key question now is whether a third, equally costly myth—that rising economic tides lift all local boats—will also topple at last.

The power of simple narratives

There’s more than one reason why big, geographically concentrated investments, for example in battery or semiconductor factories or other assets may not bring substantial and lasting economic benefits to the communities that host those assets. However, South Carolina’s long and positive experience with the German approach to advanced manufacturing highlights what we view as the most important reason: Those investments too often fail to make the local linkages—in the parlance of economic development—that create real opportunity for local people, on a broad basis.

The rising-tides mental model is simple and appealing, but to catch the economic tide, you need to have a boat, even if it’s a modest one. What’s more, the tide has to reach you in the first place. For too many workers, the innovation tide has been out of reach, leaving them farther behind. The linkages have not been created.

Our team’s research in South Carolina, Alabama, Indiana, and other states in recent years, along with research by the MIT Industrial Performance Center and others, suggests the basic toolkit for making linkages is clear, even if the choices must be tailored to each region and its people: Invest in your local workforce. Grow your talent with equity and inclusion as core commitments, or it will be mostly imported from elsewhere. Build up local suppliers and adaptive habits. Don’t try to compete on every front but instead build on local assets and an honest assessment of your region’s competitive assets and gaps (the Metroverse tool created by Harvard’s Growth Lab now lets anyone explore that). In other advanced economies, the last element is sometimes called “smart specialization.” Taking a scattershot approach to broadly defined “industries of the future” doesn’t cut it.

There’s new momentum behind the smarter, intentionally inclusive approach to local economic development thanks not only to the recent legislative breakthroughs but to the innovative competitions run, over the past year, by one of the federal government’s most under-rated agencies, the Economic Development Administration. The EDA has been working across a wide spectrum of local economies, in every state and with tribes and territories, to find and back the best ideas and boldest commitments to innovate. Just last week, in fact, the agency announced 21 awards, ranging from $25 million to $65 million and touching 24 very different states, for regional alliances that have developed serious plans to link economic innovation and growth with inclusion.

The EDA’s unique focus and value-add are so important, in fact, at a historic moment like this one, that we worked with colleagues to develop a framework to help Congress and the Biden administration equip the agency effectively to do more of that work across the country.

Creating inclusive economic opportunities from big innovation investments in industries and places requires intentional, sustained work–but it’s not rocket science. As pundits continue to ponder who will get political credit, leaders in business, government, higher education, and other sectors would do well to focus energy on a different question: How will we make sure the workers and entrepreneurs in local communities that need it most will see real and lasting benefits?