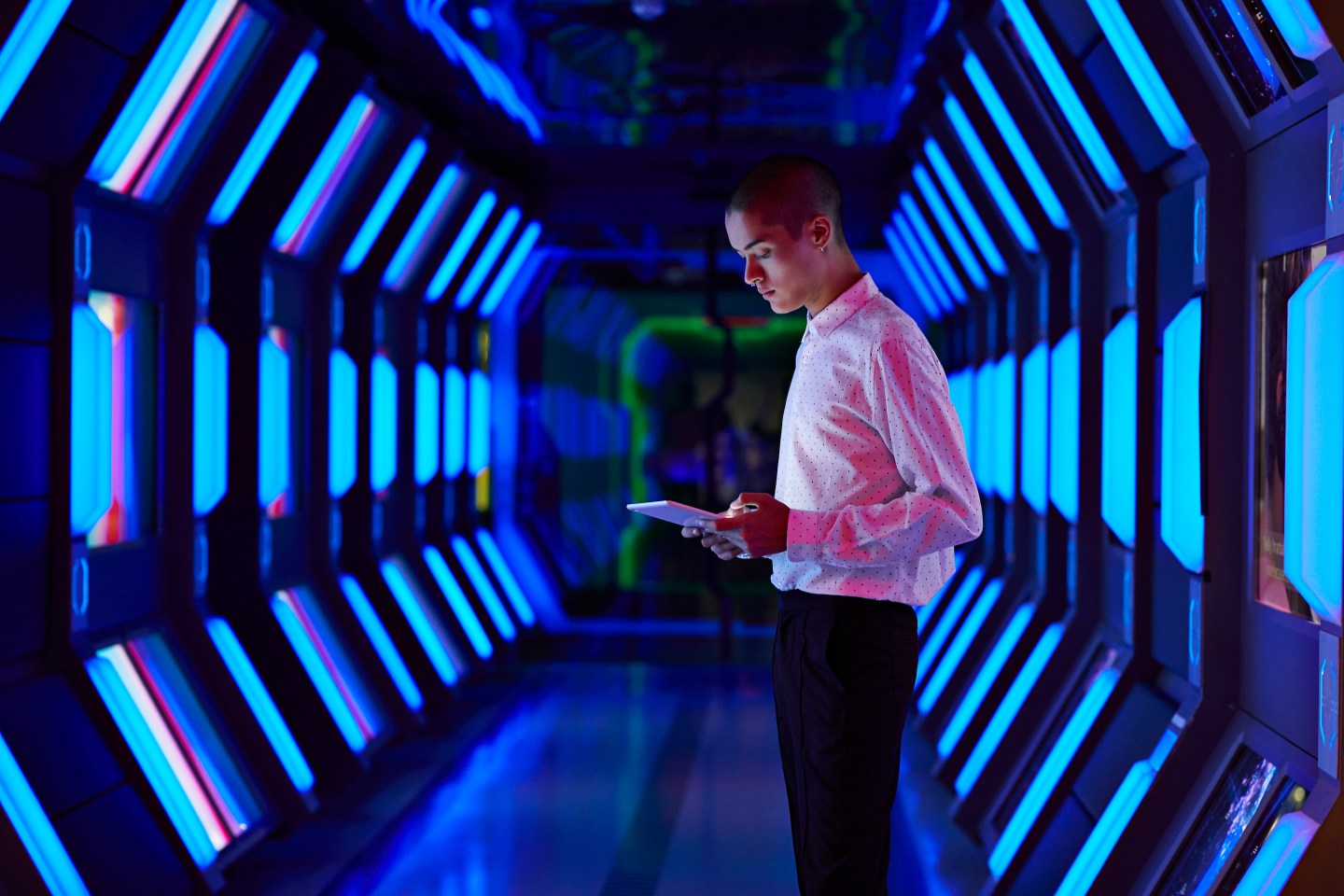 Hiring this generation is far different than previous ones.
Getty Images

No age group was more impacted by the pandemic than Generation Z.

As COVID-19 wreaked havoc on industries like hospitality and food service, the large number of entry-level jobs in those fields disappeared, hitting a generation that was just starting to come into the workforce.

Now, as employers look to staff up following the Great Resignation and worker migration, Generation Z is an attractive group to court. But companies looking to recruit and retain this demographic may need to adjust their hiring practices.

“Forty-three percent of Gen Z plan to change their career or industry because of what they learned or experienced during the pandemic,” says the Center for Generational Kinetics, which has extensively studied this segment of the population. “We believe the COVID-19 pandemic is the generation-defining experience for Gen Z and will impact them for the rest of their lives. In the area of employment, there is significant government data that shows Gen Z leaving current jobs, starting new jobs, and reconsidering career paths and work styles.”

Members of Generation Z—which encompass people born after 1996—have lived a far different life than their parents and millennials. They constitute a generation that, broadly speaking, can’t remember a life without smartphones—and has no memory of the 9/11 attacks beyond the classroom.

In some ways, the priority for these young workers is the same as many others looking for a new job: salary. But while some employers might write that off as overconfidence from an inexperienced applicant, the reality is a bit more complex.

Yes, there’s peer pressure, as salary discussions among friends and coworkers is more prevalent than it is in older generations. And people who are making noticeably less than the people they’re talking with feel their employer is taking advantage of them. But the lingering effects of the pandemic are a factor as well.

“They came of age and crashed through COVID-19,” says Jason Dorsey, president of the Center for Generational Kinetics (CGK). “They lost their jobs. They lost earning potential at a time when we had significant inflation and the main thing they saw was people losing their jobs. They’re trying to make up for it by seeking higher pay. And with inflation, they know they need to make more.”

CGK’s 2022 State of Gen Z report found that for 49% of respondents, salary was one of the top factors attracting this generation to a potential job or employer. That’s up from 37% last year.

Other influential factors include scheduling flexibility (with 32% ranking it their No. 1, 2, or 3 priority), benefits (28%), and workplace culture (24%).

Flexibility is not only important for attracting Generation Z, it’s critical for retention. The report found 49% of Gen Z workers considered it the top factor for staying on the job after the first week, jumping 13 points from a year ago.

It’s not just about flexibility in terms of the days of the week, either. It’s also about having some maneuverability within the hours they work.

That’s a growing sentiment throughout the larger workforce, of course. An Adobe report, The Future of Time, found that 66% of Generation Z workers would switch jobs for more control over their work schedule, assuming the salary and job description remained the same.

Generation Z is also incredibly diverse, and that’s core to its members’ beliefs, which impacts the sort of company they prefer to work for.

Despite stereotypes (and some high-profile complaints about them), Generation Z does take work seriously, says the Center. In fact, having watched their parents struggle through the Great Recession and seen the effects of the pandemic, they’re much more likely to save money. And they place a high priority on employee benefits, especially mental health coverage.

There are some idiosyncrasies with Generation Z that employers should be aware of, though.

First, while the generation’s confidence with technology is unmatched, there is a very real fear of looking dumb at work.

Gen Z employees want to do well, but as public speaking and, to some extent, socialization have been deemphasized for this group, an activity like making a presentation in front of coworkers or even a review/check-in with their manager can be an anxiety-triggering event.

The way to work around that is training on soft skills that boomers and millennials might take for granted.

Also, applications and onboarding via text messaging is a shift companies will need to make to more broadly appeal to this segment of the workforce. That’s because Gen Z hasn’t had to rely on email. They grew up communicating through tools like text messages, Snapchat, and FaceTime.

“They want to be able to complete their application on a mobile device,” says Dorsey. “If they can’t, they’re not going to finish it.”

Generation Z workers also expect more frequent communication with their manager, perhaps as much as daily. That might sound onerous, but ultimately, it could be less time overall. Rather than a 30-minute shared coffee, for example, a quick one- or two-minute check-in each day could be sufficient.

So what industries are most intriguing to Gen Z? Technology, not surprisingly, tops the list, with nearly half of respondents to CGK’s survey ranking it in the top three industries they believe will have the best career opportunities.

Generation Z might have only begun to enter the workforce in the past five years, but they have numbers on their side. Some 32% of the planet’s population falls within its parameters and they see the world much differently than millennials or baby boomers. And that makes it all the more important that companies learn to speak their language.

“The complexity of this diverse generation and all they’ve experienced show us that the generation is still developing their work identity and determining their career pathway,” CGK said in the report. “While the long-term impact of the pandemic on Gen Z remains to be seen, the near-term impact is clear, dramatic, and meaningful.”