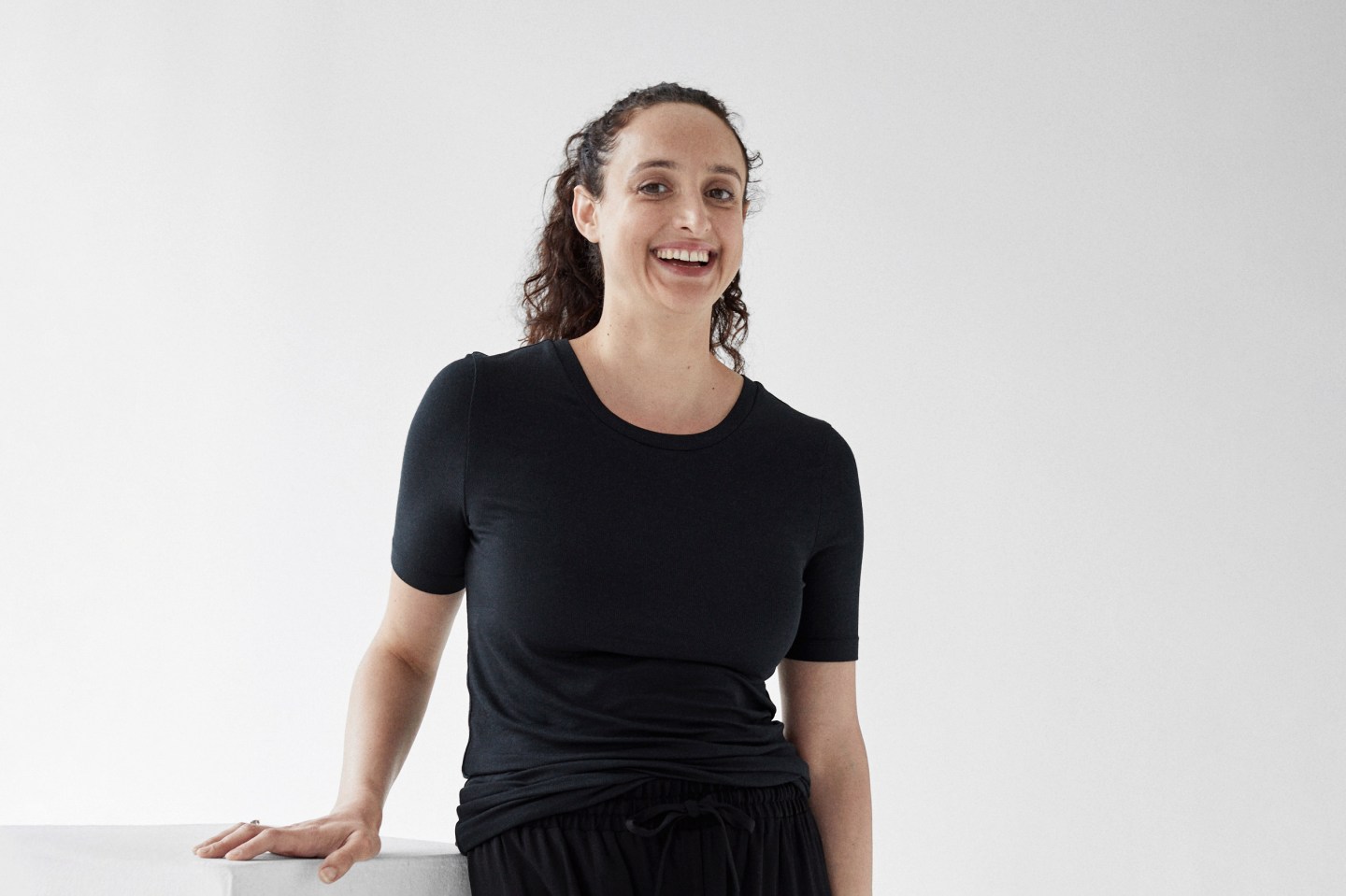 Good morning, Broadsheet readers! Britain’s new PM outlines her vision and revamps her cabinet on day one, Signal hires a new president, and a size-inclusive brand weighs in on what went wrong at Old Navy. Have a wonderful Wednesday.

– The right fit. In July, Old Navy announced it would scale back on inclusive sizing, less than one year after its rollout. The size expansion was a bold move that integrated plus sizes and straight sizes on store floors. But in practice, the strategy made it hard for shoppers in the middle of the size range to find the right clothes. Sales were down 19% in the first quarter of 2022 compared to the same time a year earlier.

Yet the retailer’s failed plus-size experiment didn’t have to be that way, according to Universal Standard, the 7-year-old apparel brand that launched in 2015, with sizes 00 to 40, and has been a leader in inclusive fashion ever since.

Some of Old Navy’s biggest assets—its size and brand legacy—were also its downfall. It’s considerably harder to fix size inclusivity at a major brand than it is to build an inclusive one from scratch. And Old Navy was by far the biggest retailer to attempt such an overhaul. “When you center your business to reflect the reality of the world we live in today, you do not have to overcome as many hurdles as some of the brands playing catch-up,” says Universal Standard CEO Polina Veksler.

The key, she says, is to place size 18—the average for an American woman—at the center of the size curve, the measurement that outlines which sizes a retailer will have for sale and in what quantities. “When you reimagine that size curve and put the 18 at the center, you are able to not only perfect your fit, but you’re able to perfect your inventory and buying decisions,” Veksler says.

Retailers and designers have long argued that serving the plus-size customer is too costly and either declined to do so or charged customers who wear larger sizes a higher price for the same item. Diane von Furstenburg said as much at a Wall Street Journal conference earlier this year. “If you are a size two and if you are a size 16, you do not use the same amount of fabric,” she argued.

But brands would be smart to absorb any extra costs for the long-term customer loyalty and payoff in a market that’s estimated to reach $100 billion, Veksler says. “It shouldn’t be a special budget that needs to be pulled from. It’s the baseline for any clothing company.”

Veksler’s biggest concern is that Old Navy’s stumbles could lead other large retailers that have considered serving a wider array of customers to pump the breaks on their plans. “I don’t want the industry to take a step backward because of this,” she says.

The growth of other brands that have embraced inclusive sizing—from Big Bud Press and Selkie to Wray NYC and Girlfriend Collective—may help counter some of those fears, even for the retail behemoths.

“It takes time to get this right,” Veksler says. “But the industry is only moving toward more inclusive sizing.”

- Historic election. Maura Healey won the Democratic primary for Massachusetts governor last night. If she wins the general election, she would be the first woman and first openly gay person to serve as the state’s governor. New York Times

- Sending a signal. The encrypted messaging app Signal has hired Meredith Whittaker as its president. Whittaker is known for her work as a Federal Trade Commission adviser and as an organizer of the Google Walkout, which protested the tech giant's handling of sexual harassment. She's been a vocal critic of Big Tech, and at Signal, she'll oversee business strategy and policy. Washington Post

- Day one. It was a busy—and soggy—first day for Britain’s new prime minister, Liz Truss. After flying to Scotland to meet with Queen Elizabeth and ceremoniously begin her tenure, Truss returned to London and pledged, during a speech held between torrential downpours, to help the country “ride out the storm.” She said she will focus on cutting taxes, aiding the country’s National Health Service, and tackling the energy crisis spurred by Russia’s war in Ukraine. She also initiated a revamp of her cabinet, hiring Kwasi Kwarteng as chancellor of the Exchequer, James Cleverly as foreign secretary, and Suella Braverman as home secretary, meaning that the top four senior government positions will not be held by white men. New York Times

- A closer look. In an op-ed for Fortune, economist Katica Roy argues that the Fed's view on interest rates disregards unemployment for women beyond the big picture. While overall unemployment is 3.5%—below the 4% range seen as ideal to avoid inflation—women's unemployment is around 4.6%, and Black and Latina women face even higher rates. Rate hikes meant to "cool down" the economy can instead leave those women behind. Fortune

- Lose-lose situation. Women are hit by the "motherhood penalty" at work, but childless women face their own stigma. Well-educated women without families are likely to be stereotyped as lacking leadership abilities and too masculine. Washington Post

- Center of attention. Revamping the CDC won't be an easy job; whoever fills the role must win over CDC scientists, lawmakers, and the general public as the agency looks to build trust after its bumbling COVID-19 and monkeypox responses. But colleagues believe Mary Wakefield, a nurse and Obama administration alum tapped for the role by CDC director Rochelle Walensky, is the right person for the job. Wakefield previously led the HHS agency responsible for improving health care access to underserved people. Kaiser Health News

- Formula for silence. This year wasn’t the first time Abbott Nutrition’s baby formula sickened several infants, but it’s the first time many people heard of it. Abbott has kept lawyers from the firm Jones Day on retainer for years, using a “scorched earth” policy to sow doubt that formula sickened infants, according to a new investigation. New York Times

- New story. The Israeli Army has shifted its official findings on the May death of Palestinian journalist Shireen Abu Akleh, acknowledging that she was most likely shot by an Israeli soldier and not by Palestinian fire. However, officials say they are certain the gunfire that killed Abu Akleh was unintentional and that they won’t open a criminal investigation into any Israeli soldier involved. Abu Akleh’s family has criticized Israel’s conclusion. New York Times

- Bid for RBG. Over 100 of late Supreme Court Justice Ruth Bader Ginsburg’s personal items—including two of her trademark collars—are set to be auctioned starting Wednesday through Sept. 16, with proceeds benefitting the organization SOS Children’s Villages. Other items include one of the wood gavels she used in her chambers, lace gloves, books, and photographs. Barron's

Remembering Marilyn Loden, who gave a name to the glass ceiling NPR

In The Rings of Power, it’s not horrifying to be a woman Vox

“I had a great pregnancy. I had a very fortunate pregnancy. But every single second of my life was different. And it would occur to me sometimes: What if I was forced to do this?”

-Jennifer Lawrence, reflecting on her experience with pregnancy following the overturn of Roe v. Wade.