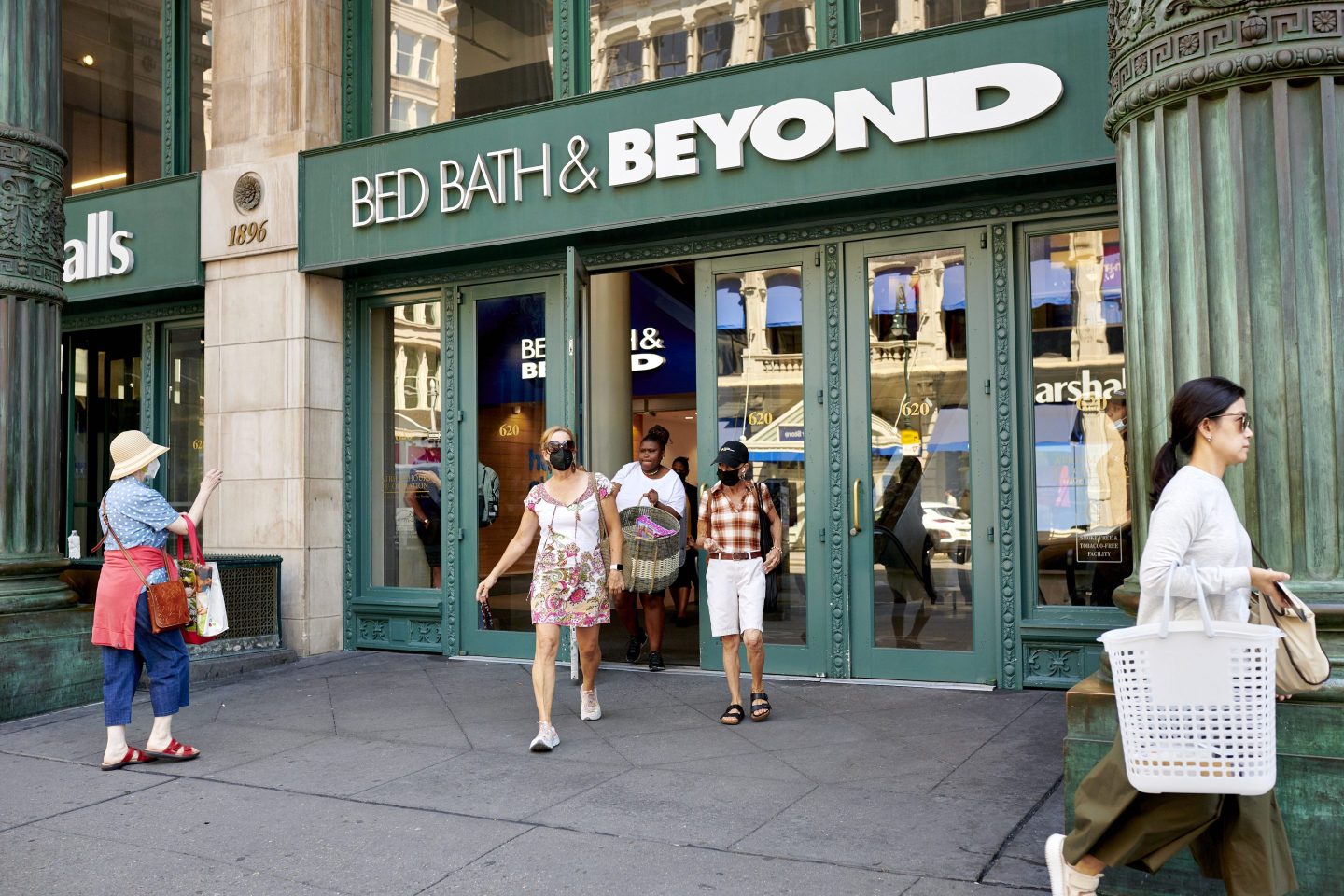 Laura Crossen, the company’s senior vice president of finance and chief accounting officer, has taken over the position, Bed Bath & Beyond said in a statement on Tuesday. She will continue as principal accounting officer.

Arnal, the former CFO, fell to his death Sept. 2 from a Manhattan skyscraper. The shares of the struggling home-goods retailer slumped 14% at 10:35 a.m. in New York, the first day of trading after the news was reported over the U.S. Labor Day weekend.

Crossen has worked at Bed Bath & Beyond for more than two decades, the company said in June when she was promoted from her role as senior vice president of treasury, tax and finance transformation to chief accounting officer. Before joining Bed Bath & Beyond, she was an executive at Delia’s, an apparel retailer focused on teenage girls, and also worked at what was then called Ernst & Young.

Bed Bath & Beyond executives are trying to execute a turnaround of the company, which has been burning through cash and has reported significant sales declines. Several top executives have exited the company recently: Former Chief Executive Officer Mark Tritton departed in June and last week the chief operating officer and chief stores officer left after their roles were eliminated. Sue Gove, a board member, is serving as CEO on an interim basis as the company searches for a permanent replacement for Tritton.

That’s left Bed Bath & Beyond with a shortage of longtime executives to guide the company through the financial and market tumult it has faced during the past several months. Crossen will also have to finish preparing the company’s second-quarter results, which are set to be reported on Sept. 29. Last week, the company warned investors that it expects to report a decline in comparable sales of 26% versus the year-ago period.

The Union, New Jersey-based company confirmed Sept. 4 that the 52-year-old Arnal had died. The New York City Medical Examiner’s Office ruled the death a suicide, according to the New York Times.

Arnal was among the Bed Bath & Beyond executives who provided details last Wednesday on the company’s turnaround plan, which included cutting 20% of jobs across its corporate and supply-chain operations and closing about 150 lower-producing stores. The plan also envisioned new financing and the sale of as many as 12 million shares to enhance liquidity as it fights to survive.

Arnal joined the retailer in May 2020 as it navigated the pandemic. He was previously with Avon Products Inc., Walgreens Boots Alliance Inc. and Procter & Gamble Co.

“The entire Bed Bath & Beyond Inc. organization is profoundly saddened by this shocking loss,” the company said in a statement over the weekend.

—With assistance from Elena Popina and Joel Rosenblatt.