UPS drivers who earn $95,000 a year are threatening to strike, and it could hurt virtually every American. Look at what happened in 1997 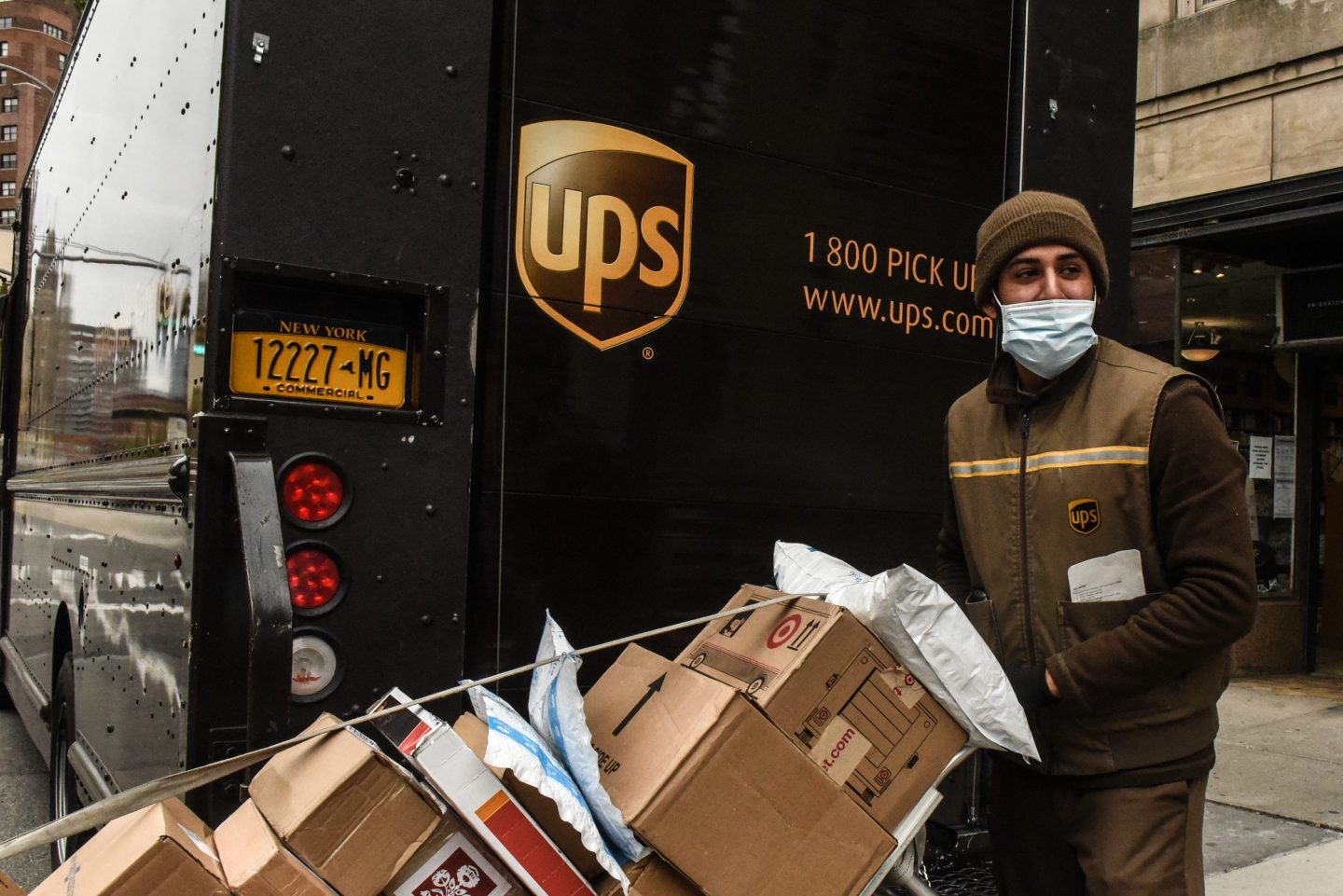 August 4, 1997, probably doesn’t stand out as a significant day in world history. But some would disagree.

That’s was the first time United Parcel Service (UPS) workers organized a nationwide strike in the U.S., which ended up with the company losing almost $780 million. In the 15 days that the strike lasted, 80% of UPS shipments went undelivered.

Now it may be happening again.

The world’s biggest courier service is facing a union battle as workers demand higher pay and better working conditions. Contract negotiations between UPS and the Teamsters Union, which represents drivers and warehouse workers, are slated to take place in the spring as existing contracts expire in July 2023.

Even before the next-day delivery and online shopping revolution took the economy by storm, a strike by UPS workers created a void that no other company could fill. The likes of FedEx and US Postal Service offer similar services, but they represent a sliver of the capacity that UPS bears.

Nearly 6% of U.S. gross domestic product is facilitated by the services of UPS alone every year.  If workers decide to suspend delivery or hold up their work in local warehouses for a prolonged period like in 1997, the ripple effects could affect almost every American.

“We want a contract that provides wins for our employees and that provides UPS the flexibility to stay competitive in a rapidly changing industry,” UPS said in a statement this month. “We believe we’ll continue to find common ground with the Teamsters and reach an agreement that’s good for everyone involved.”

The courier giant pays its package delivery drivers $95,000 a year on average plus pension benefits, the highest among its competitors who often hire drivers on a contract basis. Earlier this year, UPS eliminated some extra pay it had given to part-time workers in certain cities where the job market was particularly tight and during the busy holiday season. Some workers complained that it was a pay cut, while UPS countered that the additional pay was never intended to be permanent and that it had added an additional attendance bonus to offset the reduced pay.

“We know from a lot of research that large employers set the standards,” said Robert Bruno, professor of labor and employment relations at the University of Illinois Urbana-Champaign. “So if you get a large company, a leading company like UPS, that touches a lot of different local economies, that has a lot of economic impact across the 50 states … what they agree to with their union will set a standard in the marketplace.”

The current contract was approved under the leadership of legendary former Teamsters president James Hoffa Jr., the son of the midcentury labor movement giant who disappeared and whose body has famously never been found. But the new contract Sean O’Brien is lobbying for would include better pay, overtime work protection and safety against the scorching heat.

The Atlanta-based shipping company spends $270 million on safety for its workers. But the heat wave of the past summer saw several workers seek medical help to cope with the conditions at UPS’ distribution centers.

The union has also collected $300 million for a fund to pay members in the event that the Teamsters workers go on strike, O’Brien told CNN.

Bruno noted that timing is key for the Teamsters, as they may be in fertile ground with more people of color, women and young workers joining the current moment of resistance by organized labor. The friendly legal climate for labor under the Biden administration, he says, will also help establish more robust labor protections.

An impending strike could be yet another setback for the supply chain following the backlog from COVID-19. Wins in organizing labor through unions in 2022 point to a greater friction with employers. The recovery from the pandemic saw workers inclined to unionize across the nation, including within and against corporate juggernauts like Starbucks and Amazon.

Correction, Sept. 6 and Sept. 7, 2022: An earlier version of this article misstated the city in which UPS is based. It is Atlanta. The article also misstated annual package delivery driver pay, which averages $95,000 without benefits, and gave incorrect time frame for the hiring of 72,000 Teamsters. That was since mid-2018.

Clarification, Sept. 7, 2022: Language in the article was changed to make clear that Teamsters-represented employees include drivers. Also, after publication, the article was adjusted to give a more complete description of a UPS program to provide some part-time workers in certain cities with more pay and its temporary nature.