‘Moscow is winning the energy battle’ and two other myths about the global energy crisis, according to top energy chief 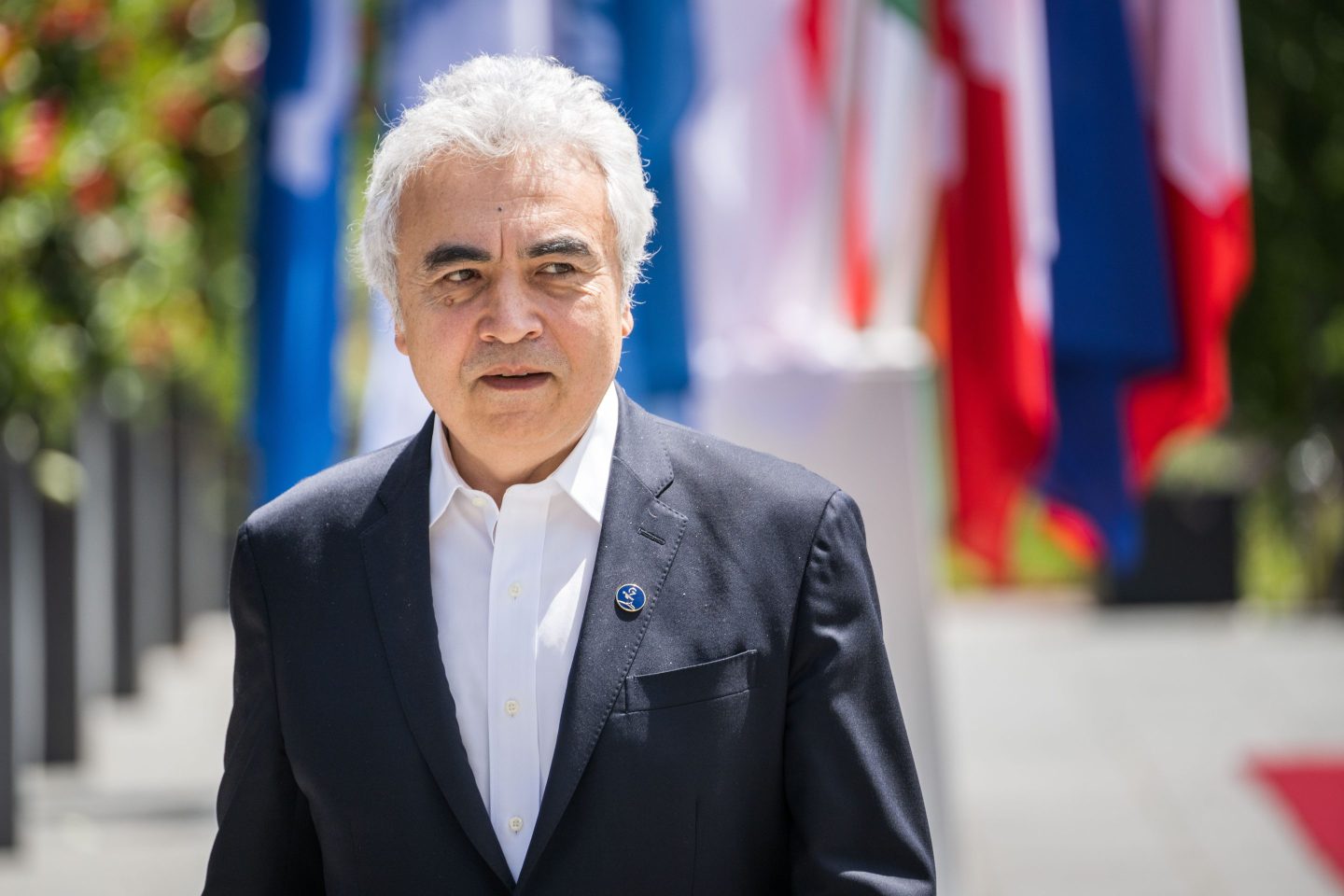 The head of the International Energy Agency, Fatih Birol, argues that the crisis can be the beginning of a historic turning point toward a cleaner world.
Thomas Lohnes—Getty Images

Russia has shut off the gas flowing to Germany through the key Nord Stream 1 pipeline, and EU gas prices have spiraled upward just as cold weather begins to roll through Europe. Now the Kremlin is threatening to keep gas supplies to Europe halted until the West lifts its sanctions on Moscow.

In brief, the short-term outlook for global energy looks bleak. But in an op-ed published by the Financial Times, Fatih Birol, the executive director of the International Energy Agency, an intergovernmental organization, said that there are three narratives around the global energy crisis that he thinks are wrong—and “in some cases dangerously so”—and make it look worse than what it is.

Birol lays out the three fallacies that often accompany news on the gas crunch engulfing Europe, and he argues that the crisis should be viewed as the beginning of a historic turning point toward a cleaner world.

Birol notes that Russia is undoubtedly a huge energy supplier, and the war in Ukraine has triggered a spike in oil and gas prices. But while rising prices do create a windfall for Russia, the “short-term revenue gain is more than offset by the loss of both trust and markets that it faces for many years to come.”

Moscow is doing itself “long-term harm by alienating the EU,” Birol says. Russia is the third-largest producer of energy in the world, and the EU was once its biggest customer; Moscow supplied around 40% of the natural gas used by the bloc before Russia invaded Ukraine. However, Birol says, as the U.K. and U.S. trimmed their purchases of Russian oil and the EU agreed to cut 90% of its oil exports by the end of the year, things are unlikely to ever go back to the way they were.

“Russia’s place in the international energy system is changing fundamentally, and not to its advantage,” Birol writes.

The narrative of Moscow’s winning also ignores the significant medium-term impacts of the international sanctions placed on Russia’s oil and gas sector, which obstructs its ability to produce oil and transport gas.

To expand its resources, Russia is looking to drill in oilfields that are in harder-to-reach places—including offshore and in the Arctic—but it may not be able to do so without the help of Western companies, technologies, and service providers. Russia is also looking to liquefy its natural gas to sell it to new buyers outside the EU, which may be nearly impossible without international partners and technologies. Russia was looking to export 120 million to 140 million tonnes of LNG a year by 2035—quadruple its current level.

“Russia’s LNG expansion plans are now back on the drawing board,” Birol writes.

These sentiments are echoed in an internal report prepared for the Russian government that argued Russia may face a longer and deeper recession as the impact of U.S. and European sanctions spreads. The report found that the lack of technology needed to build out liquefied natural gas plants is “critical” and may hamper efforts to build new ones. Bloomberg also reported that the steep drop in demand for Russian oil could trigger sharp cuts in production, leaving the domestic market short of fuel as well.

“This is an absurd claim,” says Birol, who explains that he constantly meets with policymakers, and none complain of relying too much on clean energy—in fact, they rather wish they had more.

He notes policymakers regret not moving faster to build solar and wind energy plants, improving the energy efficiency of buildings and vehicles, and extending the lifetime of nuclear plants.

“More low-carbon energy would have helped ease the crisis, and a faster transition from fossil fuels toward clean energy represents the best way out of it.”

When people blame clean energy and climate policies for the energy crisis, Birol says they are, intentionally or not, “moving the spotlight away from the real culprits: the gas supply crunch and Russia.”

Myth 3: The energy crisis is a huge setback that will hinder us from tackling climate change

The unfolding crisis is a stark reminder of the unsustainability of the current energy system, which has been dominated by fossil fuels since the Industrial Revolution.

This is an opportunity to make this a “historic turning point toward a cleaner, more affordable, and more secure energy system,” Birol says.

Indeed, since Russia’s invasion of Ukraine, a number of large incentive schemes have been dedicated to raising renewable energy and energy efficiency targets throughout the world. The EU launched its REPowerEU plan to rapidly reduce its dependence on Russian fossil fuels, while the U.S. put into law the Inflation Reduction Act, which allocates $370 billion to energy security and climate change investments in an array of clean-energy technologies, including solar, wind, electric vehicles, carbon capture, and hydrogen.

In Asia, the Japanese government is looking to restart and build more nuclear plants and expand low-emission technologies with its GX green transformation, while China continues to break records in the number of renewables and electric vehicles it adds each year. India is also working to establish a carbon market and boost the energy efficiency of its buildings and appliances.

“So don’t believe all the negative narratives about the energy crisis,” Birol optimistically notes. He does concede some tough challenges lie ahead, but that doesn’t mean Russia is winning or climate efforts are doomed.

“After winter comes spring,” Birol concludes, adding that the “oil shocks of the 1970s resulted in major progress in energy efficiency, nuclear power, solar, and wind. Today’s crisis can have a similar impact and help speed up the shift to a cleaner and more secure energy future.”