The U.S., China, and Europe are ramping up a quantum computing arms race. Here’s what they’ll need to do to win 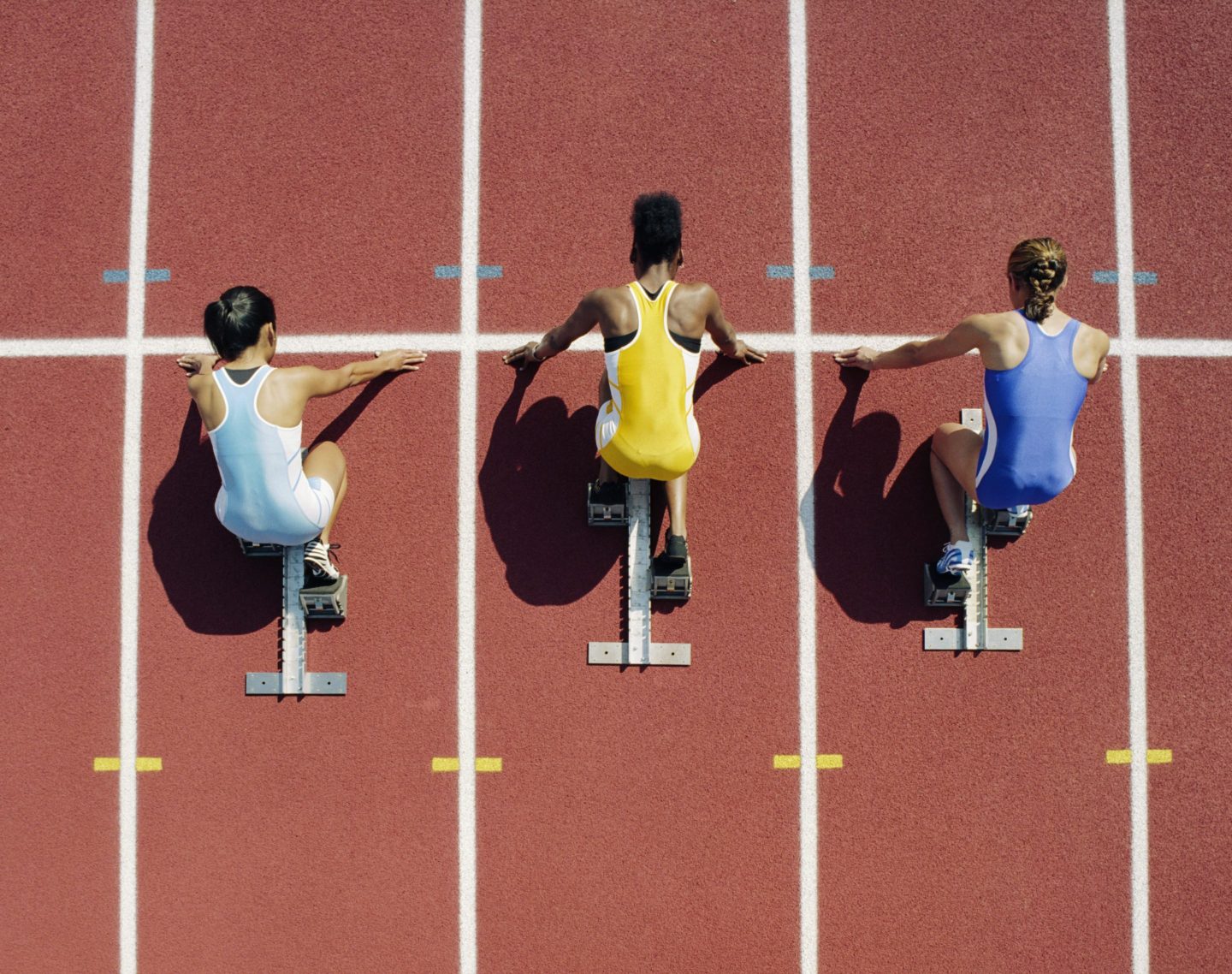 "It’s time every government remembered that if it loses the quantum computing race, its technological independence will erode—and its global competitiveness will atrophy," the authors write.
Courtesy of Getty Images

Every country is vying to get a head start in the race to the world’s quantum future. A year ago, the United States, the United Kingdom, and Australia teamed up to develop military applications of digital technologies, especially quantum computing technologies. That followed the passage in 2019 of the National Quantum Initiative Act by the U.S. Congress, which laid out the country’s plans to rapidly create quantum computing capabilities.

Earlier, Europe launched a $1 billion quantum computing research project, Quantum Flagship, in 2016, and its member states have started building a quantum communications infrastructure that will be operational by 2027. In like vein, China’s 14th Five Year Plan (2021-2025) prioritizes the development of quantum computing and communications by 2030. In all, between 2019 and 2021 China invested as much as $11 billion, Europe had spent $5 billion, the U.S. $3 billion, and the U.K. around $1.8 billion between to become tomorrow’s quantum superpowers.

As the scientific development of quantum technologies gathers momentum, creating quantum computers has turned into a priority for nations that wish to gain the next competitive advantage in the Digital Age. They’re seeking this edge for two very different reasons. On the one hand, quantum technologies will likely transform almost every industry, from automotive and aerospace to finance and pharmaceuticals. These systems could create fresh value of between $450 billion and $850 billion over the next 15 to 30 years, according to recent BCG estimates.

On the other hand, quantum computing systems will pose a significant threat to cybersecurity the world over, as we argued in an earlier column. Hackers will be able to use them to decipher the public keys generated by the RSA cryptosystem, and to break through the security of any conventionally-encrypted device, system, or network. It will pose a potent cyber-threat, popularly called Y2Q (Years to Quantum), to individuals and institutions as well as corporations and country governments. The latter have no choice but to tackle the unprecedented challenge by developing countermeasures such as post-quantum cryptography, which will itself require the use of quantum systems.

Countries have learned the hard way since the Industrial Revolution that general-purpose technologies, such as quantum computing, are critical for competitiveness. Consider, for instance, semiconductor manufacturing, which the U.S., China, South Korea, and Taiwan have dominated in recent times. When the COVID-19 pandemic and other factors led to a sudden fall in production over the last two years, it resulted in production stoppages and price increases in over 150 industries, including automobiles, computers, and telecommunications hardware. Many countries, among the members of the European Union, Brazil, India, Turkey, and even the U.S., were hit hard, and are now trying to rebuild their semiconductor supply chains. Similarly, China manufactures most of the world’s electric batteries, with the U.S. contributing only about 7% of global output. That’s why the U.S. has recently announced financial incentives to induce business to create more electric battery-manufacturing capacity at home.

Much worse could be in store if countries and companies don’t focus on increasing their quantum sovereignty right away. Because the development and deployment of such systems requires the efforts of the public and private sectors, it’s important for governments to compare their efforts on both fronts with those of other countries.

The U.S. is expected to be the global frontrunner in quantum computing, relying on its tech giants, such as IBM and Google, to invent quantum systems as well as numerous start-ups that are developing software applications. The latter attract almost 50% of the investments in quantum computing by venture capital and private equity funds, according to BCG estimates. Although the U.S. government has allocated only $1.1 billion, it has created mechanisms that effectively coordinate the efforts of all its agencies such as the NIST, DARPA, NASA, and NQI.

Breathing down the U.S.’s neck: China, whose government has spent more on developing quantum systems than any other. . Those investments have boosted academic research, with China producing over 10% of the world’s research in 2021, according to our estimates—second only to the U.S. The spillover effects are evident: Less than a year after Google’s quantum machine had solved in minutes a calculation that would have taken supercomputers thousands of years to unravel, the University of Science and Technology of China (USTC) had cracked a problem three times tougher. As of September 2021, China hadn’t spawned as many startups as the U.S., but it was relying on its digital giants such as Alibaba, Baidu, and Tencent to develop quantum applications.

Trailing only the U.S. and China, the European Union’s quantum computing efforts are driven by its member states as well as the union. The EU’s Quantum Flagship program coordinates research projects across the continent, but those efforts aren’t entirely aligned yet. Several important efforts, such as those of France and Germany, run the risk of duplication or don’t exploit synergies adequately. While the EU has spawned several startups that are working on different levels of the technology stack—such as Finland’s IQM and France’s Pasqal—many seem unlikely to scale because of the shortage of late-stage funding. In fact, the EU’s startups have attracted only about one-seventh as much funding as their American peers, according to BCG estimates.

Finally, the U.K. was one of the first countries in the world to launch a government-funded quantum computing program. It’s counting on its educational policies and universities; scholarships for postgraduate degrees; and centers for doctoral training to get ahead. Like the EU, the U.K. also has spawned promising start-ups such as Orca, which announced the world’s smallest quantum computer last year. However, British start-ups may not be able to find sufficient capital to scale, and many are likely to be acquired by the U.S.’s digital giants.

Other countries, such as Australia, Canada, Israel, Japan, and Russia are also in the quantum computing race, and could carve out roles for themselves. For instance, Canada is home to several promising startups, such as D-Wave, a leader in annealing computers; while Japan is using public funds to develop a homegrown quantum computer by March 2023. (For an analysis of the comparative standings and challenges that countries face in quantum computing, please see the recent BCG report.)

The four keys to ‘quantum sovereignty’

Meanwhile, the locus of the quantum computing industry is shifting to the challenges of developing applications and adopting the technology. This shift offers countries, especially the follower nations, an opportunity to catch up with the leaders before it’s too late. Governments must use four levers in concert to accelerate their quantum sovereignty:

* Lay the foundations. Governments have to invest more than they currently do if they wish to develop quantum systems over time, even as they strike partnerships to bring home the technology in the short run. Once they have secured the hardware, states must create shared infrastructure to scale the industry. The Netherlands, for instance, has set up Quantum Inspire, a platform that provides users with the hardware to perform quantum computations.

* Coordinate the stakeholders. Governments should use funding and influence to coordinate the work of public and private players, as the U.S. Quantum Coordination Office, for instance, does. In addition, policymakers must connect stakeholders to support the technology’s development. That’s how the U.S. Department of Energy, for instance, came to partner with the University of Chicago; together, they’ve set up an accelerator to connect startups with investors and scientific experts.

* Facilitate the transition. Governments must support business’s transition to the quantum economy. They should offer monetary incentives—such as tax credits, infrastructure assistance, no- or low-interest financing, and free land—so incumbents will shift to quantum technologies quickly. The U.K., for instance, has recently expanded its R&D tax relief scheme to cover investments in quantum technologies.

* Develop the business talent. Instead of developing only academics and scientists, government policies will have to catalyze the creation of a new breed of entrepreneurial and executive talent that can fill key roles in quantum businesses. To speed up the process, Switzerland, for instance, has helped create a master’s program rather than offering only doctoral programs on the subject.

Not all general-purpose technologies affect a country’s security and sovereignty as quantum computing does, but they’re all critical for competitiveness. While many countries talk about developing quantum capabilities, their efforts haven’t translated into major advances, as in the U.S. and China. It’s time every government remembered that if it loses the quantum computing race, its technological independence will erode—and, unlike with Schrödinger’s cat, there’s no doubt that its global competitiveness will atrophy.

Gabriel Nahas is a data senior scientist at BCG Gamma and ambassador at the BCG Henderson Institute.

Jean-François Bobier is a partner & director at BCG.