Was the Wing worth saving? The controversial women’s coworking chain shuts down for good 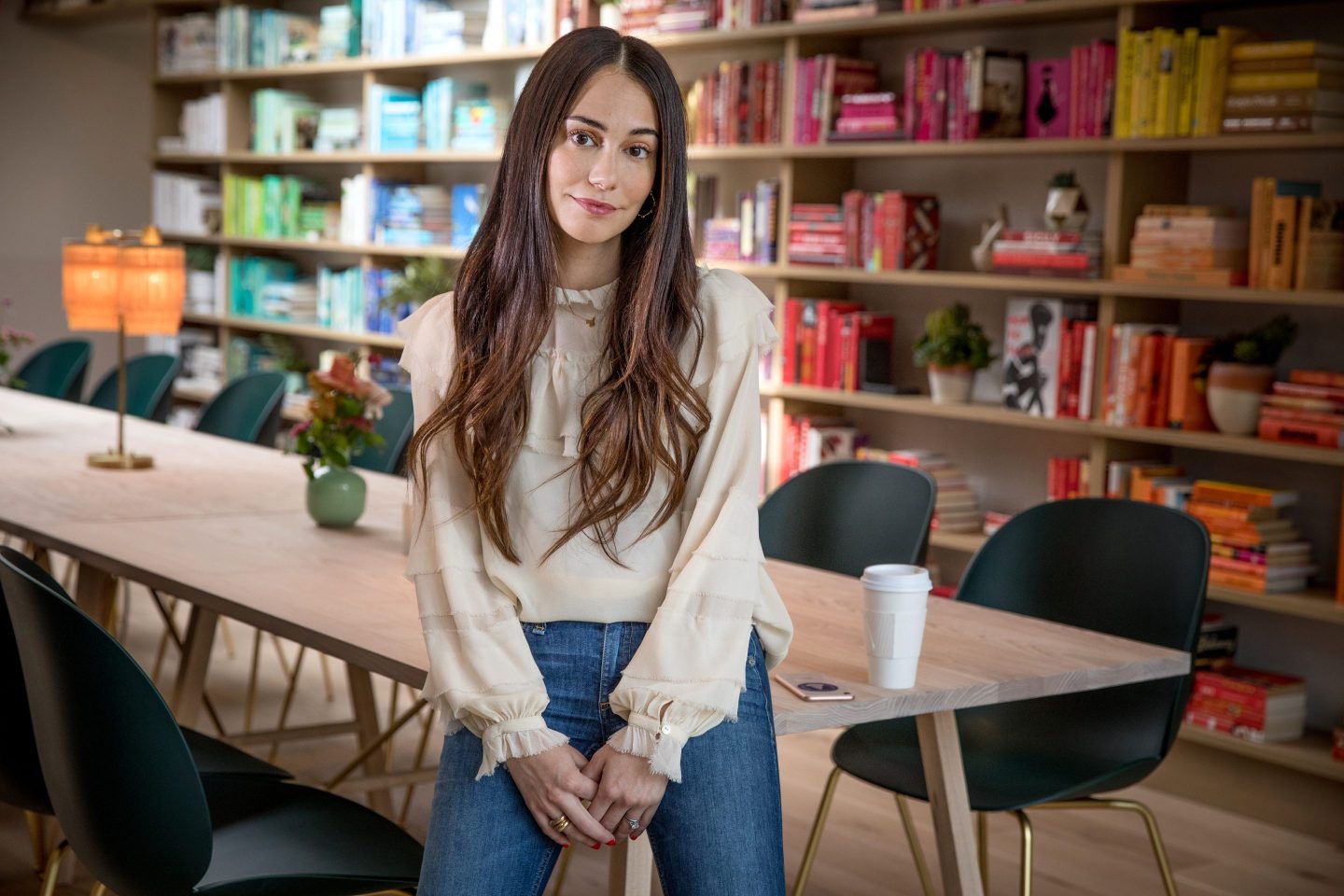 Audrey Gelman, the founder of The Wing, a women's only co-working space and organization, April 9, 2018 in Washington, D.C.
Evelyn Hockstein—The Washington Post/Getty Images

Good morning, Broadsheet readers! Serena Williams moves on to the U.S. Open’s next round, Alaska will send its first Native woman to Congress, and the Wing’s long goodbye comes to a close. Have a thoughtful Thursday.

– Waiting in the wings. Six years after the Wing debuted and more than two years after it was thrust into turmoil, the company will soon be gone for good. The women’s coworking chain told its members that all six of its remaining locations will soon close permanently.

Founders Audrey Gelman and Lauren Kassan launched the Wing in 2016 in New York as a social club-slash-workspace for women, with furniture designed for women’s bodies, luxury beauty products, and events that featured everyone from Rep. Alexandria Ocasio-Cortez to actor Jennifer Lawrence. The founders raised more than $100 million from investors, including WeWork and Airbnb. But in March 2020, the Wing’s employees came forward, describing a drastic disconnect between the pro-women rhetoric that was touted publicly and the treatment of employees behind the scenes. They also alleged a failure by the Wing to reckon with racial dynamics at play. Around the same time, the pandemic forced the Wing to shut its physical doors and lose out on nearly all the revenue it brought in from $2,700 membership fees.

Audrey Gelman, the founder of The Wing, a women’s only co-working space and organization, April 9, 2018 in Washington, D.C.
Evelyn Hockstein—The Washington Post/Getty Images

A battle ensued in the months that followed, with both members and employees demanding changes to leadership and other companywide operations. Gelman eventually left the startup, as did Kassan months later.

Regus-owner IWG acquired a majority stake in early 2021. And when in-person businesses began to reopen that year, the Wing brought on Care.com founder Sheila Lirio Marcelo as chair and promoted Jen Cho, formerly CMO, to CEO in early 2022.

In April, I met with Cho at the Wing’s Soho location—one of six that remained open. The walls had been repainted from the Wing’s original pinks to greens, and the luxurious feel was toned down. But the space, while much less crowded than in its heyday, was far from empty.

Cho, a longtime marketing exec, outlined her strategy for turning around the business. With the operational backing of IWG, she described a plan to move the Wing from major cities to the suburbs, where many of its members were now based because of both a change in membership demographics and pandemic-era moves. She saw potential for Wing locations in Long Island, New Jersey, and the Chicago suburbs, rather than the flashy big-city openings in New York and London that defined its earlier iteration. “The brand has changed, the company changed, the world has changed,” she told me. “But the task at hand is to understand how a space like the Wing can speak to all of the experiences that all of our members have gone through in the past few years and provide a new and innovative solution that speaks to the future of our members and our guests.”

Jen Cho, who briefly served as CEO of the Wing.
Courtesy of The Wing

Cho left the Wing in July after just five months as CEO. Marcelo left in June, according to the New York Times. Their vision did not come to fruition, although IWG founder and CEO Mark Dixon told CNN the company would offer Wing members access to IWG’s “greater number of locations,” including in “suburban locations.” Announcing its closure, the Wing blamed “global economic challenges” that prevented the company from running a “financially stable operation.”

So was the Wing worth saving? Investors who have poured millions into a startup are unlikely to let an idea that once had such cachet die without a fight. Switzerland-based IWG likely saw in the Wing a built-in membership and valuable real estate. But a company is built not on its furniture, but on its people. The alleged mistreatment of employees lost the Wing the feminist bona fides that had built up the brand. With just velvet couches left, there wasn’t much else to salvage.

- Race to the top. Women ascend to the executive ranks at Fortune 100 companies faster than their male peers, new research from the University of Pennsylvania’s Wharton School finds. Though women still make up just a fraction of these leadership positions—27% in 2021—they were promoted to these roles 3.5 years faster than men in 2001, with the gap narrowing to 1.5 years last year. Wall Street Journal

- Back to the grind. Starbucks is rethinking the way its cafes operate as the Seattle-based chain acclimates to increased demand, frazzled workers, and rising unionization efforts. The coffee giant is using its 20,000 square foot technology lab to test new cafe setups that would give baristas improved machines and more streamlined work setups. At the center of reconfiguring the new cafes is Katie Young, senior vice president of global growth and development, who says the increased demand is both a privilege and a problem for the company. Wall Street Journal

- A different gender gap. The average life expectancy for Americans fell again in 2021, according to new data from federal researchers. While the average American could expect to live to 79 in 2019, that number fell to 76 in 2021 thanks to COVID-19, deaths from accidents, drug overdoses, and chronic health issues. The gender gap in life expectancy has also grown; American women are now expected to live 79.1 years compared to 73.2 for men. New York Times

- Homecoming. The Obamas will finally have the unveiling of their official portraits at the White House next week. The ceremony is usually held by a president’s successor but was never held during the Trump presidency. Now, President Joe Biden has invited Barack and Michelle Obama back to their former residence for a Sept. 7 unveiling. Bloomberg

- The right formula. When the Abbott infant formula factory shut down, leading to a formula shortage, entrepreneurs saw an opportunity to disrupt the $4 billion industry primarily controlled by three companies—and cater to the aesthetic and ethical shopping habits of millennial parents. Bobbie, an organic formula brand launched in 2018, saw sales skyrocket during the shortage crisis and eventually landed on the shelves of Target by August; formula brand ByHeart launched in March to similar success. Both companies have raised over $250 million in venture capital. New York Magazine

- Puppy love. Dolly Parton is launching a dog apparel line called “Doggy Parton” in partnership with SportPet Designs. The collection, which includes clothes, squeaky toys, and even a blond wig resembling the country legend herself, will be available on its website and through Amazon. Some of the proceeds will go to Willa B. Farms, a rescue organization for displaced animals. CNN

Remembering when Texas was run by women Texas Monthly

The RealReal is a total mess. And I can’t quit it The Cut

“When I’m out in the world on tour with my books, I’m not selling books. I don’t need that money. Writing these books was giving these kids the knowledge that no matter how big the fire is, they can come through.”

-Actor Jenifer Lewis on why she chose to write about her own mental health struggles in her recently published memoir, Walking in My Joy: In These Streets.