The Wing brought together powerful women. Now some of them are demanding big changes from the company 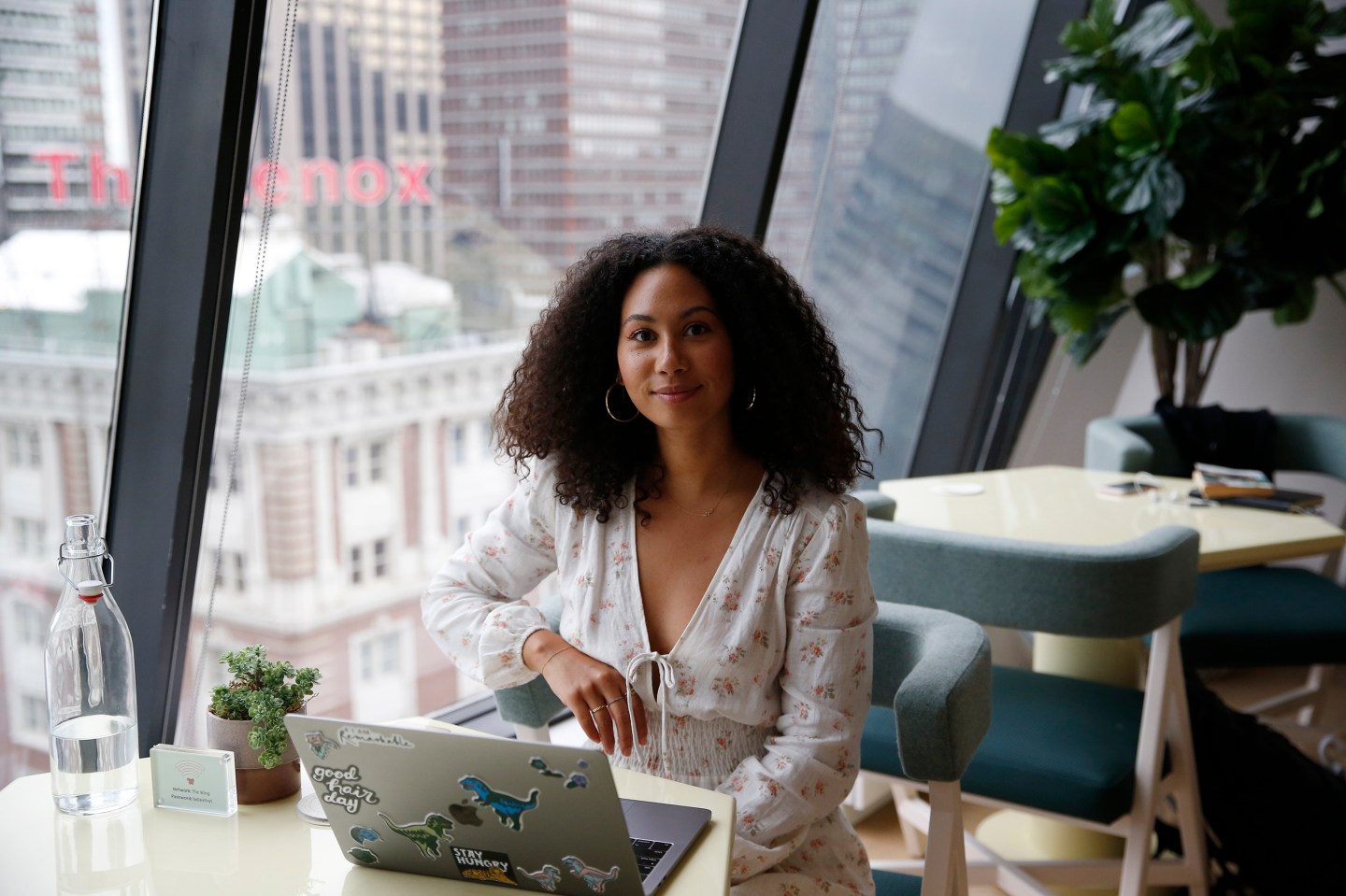 The Wing raised more than $100 million in venture capital funding, reached a valuation of $200 million, and signed names like Serena Williams and Megan Rapinoe as investors—all on the promise of bringing together powerful women to create something bigger than themselves. That pledge, it turns out, may be company leadership’s downfall.

A coalition of about 750 current and former Wing members, who paid up to $2,700 a year for access to the women’s co-working space with a dozen locations across the country and abroad, convened via Slack last month to discuss the treatment of Black and brown staffers who worked in Wing locations. On Wednesday, a group of 41 of those current and former members sent a letter to the four-year-old startup’s board of directors demanding the resignation of recently ousted CEO Audrey Gelman from the company’s board of directors, the departure of her co-founder Lauren Kassan as chief operating officer, and a complete revamp of the Wing’s way of doing business. (In addition to the 41 signers, the organizers say there is broader support for their missive, noting that they asked anyone who did not support the letter to leave the Slack chat; those 750 remain active in the channel.)

The letter, which organizers shared with Fortune, asks the Wing, currently run by an “Office of the CEO” consisting of Kassan and executives Celestine Maddy and Ashley Peterson, to meet the demands outlined in the letter by July 17. (The author of this article was a member of the Wing between March 2018 and March 2019.)

“We are always happy to have a conversation with our members about how we can reimagine the Wing’s post-COVID future and work together toward our shared goal of creating an inclusive community that lifts up all women,” the Wing said in a statement to Fortune. “We appreciate the passion our members have about the Wing community and hope to be able to constructively work with them.”

The members came together last month after Gelman resigned as chief executive. Weeks earlier the New York Times had published a report that described Wing employees—particularly the Black and brown women who work in hourly front desk, kitchen, and cleaning jobs—as being routinely mistreated by management and members. One former space staffer described in the Times article being treated as “the help” by white members. (In response, a Wing spokesperson told the Times that the company “maintained employment best practices.”) Such behavior would be unacceptable at any company, but the allegations had a special sting at the Wing, which built its brand around the language of feminism and equality. Were the women of color who worked for the company excluded from its professed mission?

‘What the Wing was designed to do’

Gelman’s resignation on June 11—spurred in part by the digital walkout of 67 Wing headquarters staffers—lit a fire under members of the co-working company. “I was embarrassed to be a member,” said Bianca Maxwell, a startup founder who joined the Wing in Boston last year and created the Slack channel for fellow members to congregate and discuss the stories they were hearing about workers’ experiences. “To read stories of what young women had to endure behind the scenes while the rest of us were sitting on pink couches—it was upsetting and made me feel complicit,” she says.

Those pink couches were a hallmark of the Wing’s feminist brand identity, which was on display in everything from its events with leaders like Hillary Clinton to its phone booths emblazoned with the names of fictional heroines (Hermione Granger and Ms. Frizzle) to a trademark phrase highlighted on $17.50 Wing keychains: “Girls doing whatever the f*** they want.”

The Wing members who came together to draft a list of demands for company leadership work across law, communications, journalism, and other fields. “That’s what the Wing was designed to do—connect members of different experiences, different skill sets, and different professional backgrounds,” says Jenina Nuñez, a Chicago PR professional and member involved in the effort.

The same qualities that attracted these women to the Wing—their principles, their ambition, and their desire for community—have spurred the members into action. The signatories say they couldn’t sit idly by while the Wing fell short of what they had been told was its mission. “Me being a young, Black woman who’s a paying member of a space that has harmed who could pretty much be my little sisters—why wouldn’t I advocate for them?” Maxwell says.

The Wing estimates its current membership at 10,000, in which case a coalition of 750 people would represent about 7.5% of total members. It’s clear, however, that not all members are on board with this effort. After Gelman’s resignation and reporting about problems at the Wing, some members posted on the community’s app that they would keep their membership “no matter what,” Maxwell said.

In their letter, members make demands about current Wing leadership. Not only do they want Gelman’s resignation from the board, but they demand that she sell her 10% equity stake in the company (“We don’t want to make Audrey richer,” Maxwell says. “I don’t think anyone I worked with would step foot back in the Wing if Audrey was still on the board.”). They also want Gelman’s co-founder Kassan, director of community Frenchie Ferenczi, and Peterson, who is senior vice president of operations, to resign. (The Wing declined to comment on the demands or allegations addressed to specific executives).

The members’ demands go beyond company leadership. The letter also asks that any LGBTQ members or members of color who request refunds be granted them. And because some of the incidents of racism or other disrespectful behavior toward Wing staff—including one high-profile racist incident in West Hollywood in 2019—came from paying members, the signatories want the company to impose an anti-racism code of conduct that all members would be required to follow. (The Wing introduced a new “culture code” last week, including mission statements like, “We are building a legacy that our great-grandchildren will be proud of.”)

The letter signers say they seek to amplify demands already made by staff who worked in Wing spaces, some of whom have shared their experiences through an Instagram account called Flew the Coup. Those demands include closing what they say is a racial pay gap among staffers, improving employee health insurance, providing hiring preference for departed staff as the company reopens and rebuilds, and issuing a public apology. (The Wing says it did apologize to space staffers “for not internalizing our mission of intersectional feminism” in an email sent to members and employees last week. The company declined to comment the allegations of a pay disparity.)

But the members are also looking to the future. They want Gelman’s board seat to be filled by a person of color or an LGBTQ director. They want the next CEO, COO, and VP of People of the Wing to be external candidates—untied to the mess inside the company—and for at least two of those roles to be filled by LGBTQ people or people of color.

Ultimately, the letter writers want the Wing to do something they say it has so far failed to accomplish: develop a financial model for how to run a feminist business. Under their proposed model, the highest paid non-exempt salaried employee could not exceed two times the salary of the lowest-paid salaried employee.

This demand gets at the core tension between the Wing’s stated mission and its status as a venture-backed startup. With investors including Kleiner Perkins and Sequoia Capital, Gelman and Kassan sought fast growth and a financial return for their backers. Some of the former staffers said in anonymous testimonials that complaints about their treatment by members or duties outside their job descriptions were ignored while headquarters employees were overwhelmed by demanding launch schedules.

“Capitalism and feminism are strange bedfellows,” says Thy Bui, a Los Angeles Wing member, signatory, and employment litigator who reviewed the letter before it was sent to the company.  “[The Wing] isn’t going to be a mass profit machine if they implement the ideas outlined in the letter. … It’s a path that will take a lot of patience.”

The Wing itself acknowledged that same unease in an email sent to members and employees last week. “We need to reinvent the business in a way that reconciles the real tension between intersectional feminism and capitalism,” the company wrote. “We fundamentally believe in the Wing’s mission even if we haven’t yet achieved it.”

The members sent their letter to the company’s board of directors and to investors, who include Sequoia Capital’s Jess Lee, Google Ventures’ Jessica Verilli, Upfront Ventures’ Kara Nortman, and names from Hollywood, sports, and politics including Williams, Rapinoe, Valerie Jarrett, Kerry Washington, and Alex Morgan. Many of these investors, the members speculate, put their money behind the Wing for the same reason members did: they believed in its mission of “professional, civic, social, and economic advancement of women through community.”

They’re hopeful these influential figures will listen and take action. “I would hope they would say, what can we as decision-makers and leaders do to make sure this doesn’t happen again?” says Maxwell. “They can make sure the company is living out its mission statement and isn’t just pink walls and couches.”