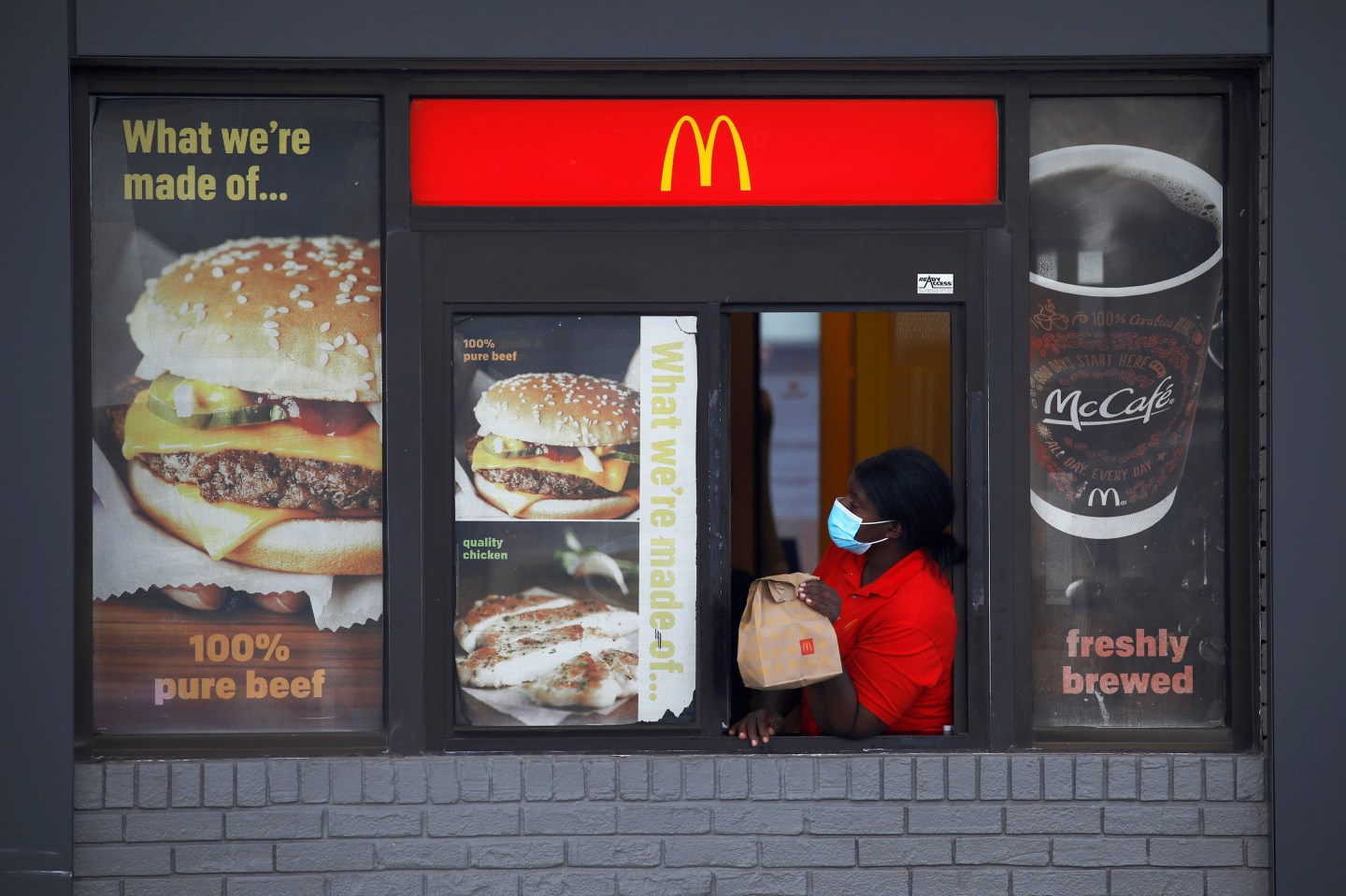 An employee waits for a customer to pickup food in the drive-thru window of a McDonald's.
Luke Sharrett—Bloomberg/Getty Images

If Gov. Gavin Newsom signs the legislation into law, it would make for a huge change in an industry known for few worker protections, high turnover, and low wages.

Central to the Fast Food Accountability and Standards Recovery Act, or FAST Recovery Act, is the establishment of a “Fast Food Council” that would set a sector-wide minimum wage as well as standards for working hours and conditions relating to health and safety. The group would be composed of 10 members appointed by the state.

“For years, the fast food sector has been rife with abuse, low pay, few benefits, and minimal job security, with California workers subject to high rates of employment violations,” reads the bill’s text.

The bill defines a fast food company as those with 100 or more locations that operate under a common brand. Already, some companies have criticized that definition and the bill as a whole, saying it would negatively impact franchise owners and could result in costs being passed onto consumers. This week, McDonald’s U.S. president Joe Erlinger called it “ill-considered.”

Last week, the U.S. Chamber of Commerce, the country’s biggest business lobbying group, issued a statement opposing the bill. “The proposal would impose joint and several liability on franchisors for alleged violations by their franchisees,” the group wrote. “And franchisors would by necessity have to take a much more direct role in operating individual locations that are separately owned and operated by their franchisees.”

Supporters, however, say that the bill would extend an amount of job security to fast food workers that they historically haven’t had. It would offer protections for workers who had been fired or retaliated against by their employer for speaking out about their working conditions, for example. If those actions were to occur, the bill affirms the workers’ right to be reinstated to their jobs.

Those protections are something that labor unions usually provide for their members. Food service, however, is among the least-unionized sectors in the U.S., with just 1.2% of workers represented by unions, according to the Bureau of Labor Statistics.

The bill has been lauded by workers’ rights organizations, unions, and progressive policy groups since it was first proposed last year.

“This proposed legislation is important for workers across the country and for shaping the future of our national economy,” wrote a coalition of 40 organizations in a letter earlier this year. Among the groups that signed the letter were the National Womens’ Law Center, the non-profit One Fair Wage, and the public policy research organization the Center for American Progress.

Newsom has until September 30 to sign the bill into law.