2 collars worn by Ruth Bader Ginsburg are going up for auction. Here’s how much they’re expected to fetch 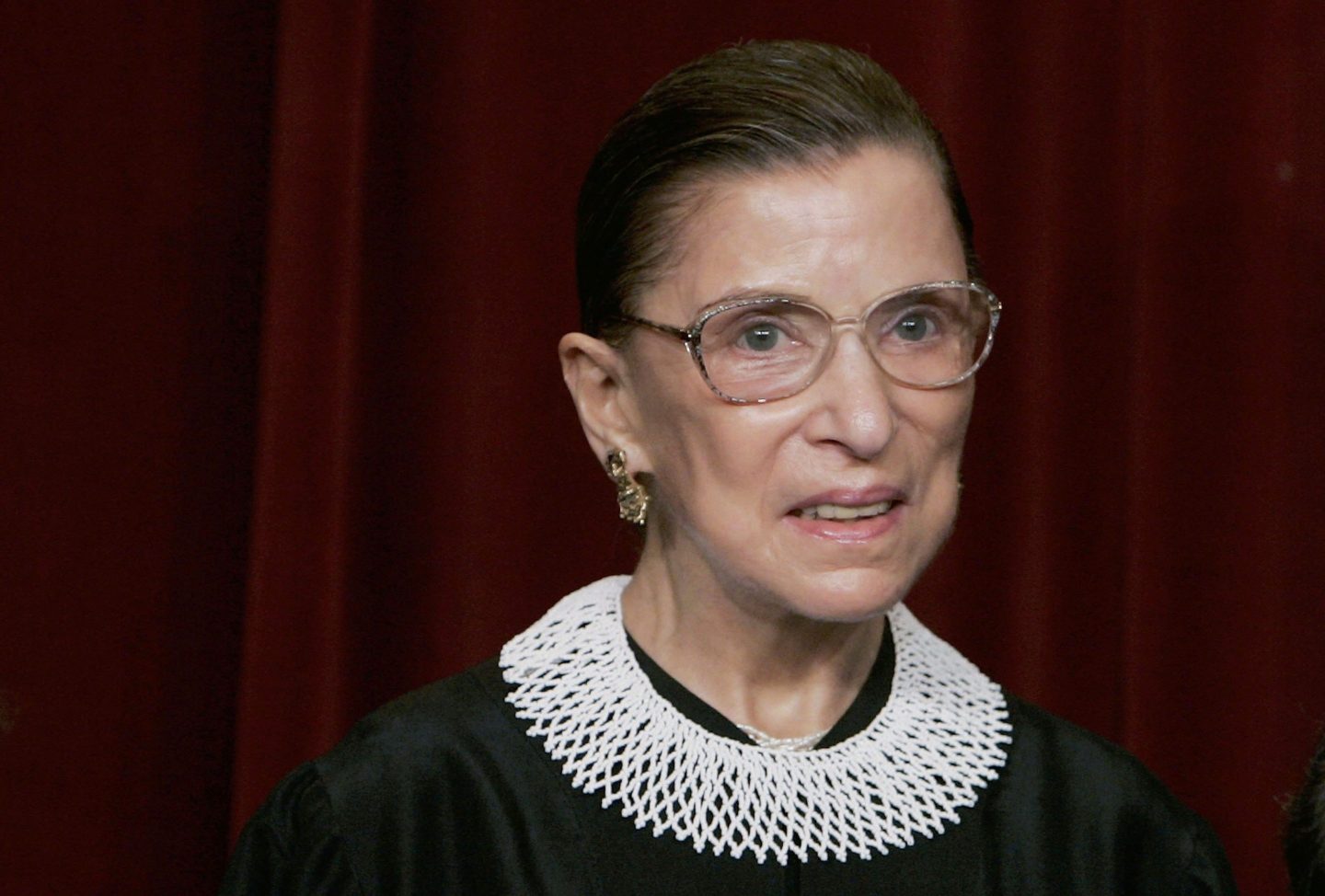 Ruth Bader Ginsburg’s collars were as much a part of the late Supreme Court justice as her opinions.

Now, for the first time, they’re hitting the auction block.

A pair of collars are part of a collection that includes a number of Ginsburg’s personal effects that will go up for bid next week. Auction house Bonhams is overseeing the sale, which will run Sept. 7–16.

One of the collars is a cloth one that was given to Ginsburg by her former law clerks in 2018 that has an embroidered quote from her husband: “It’s not sacrifice, it’s family.” The other is made of gold beads.

All totaled, 76 personal items will be sold, including lace gloves, a cocktail shaker, a gavel, and opera glasses. Proceeds from the sale will fund an endowment that benefits SOS Children’s Villages, a global organization that cares for children without parental care and those at risk of losing it. Ginsburg was a supporter of the charity before her death in 2020.

Ginsburg wore collars to accommodate the design of the standard Supreme Court justice’s robe, intended for men. Sandra Day O’Connor, the first woman on the Supreme Court, chose to wear lace neckwear, a move Ginsburg imitated for a short period before opting for the collars that became a key part of her signature appearance.

“You know, the standard robe is made for a man because it has a place for the shirt to show, and the tie,” Ginsburg told the Washington Post in 2009. “So Sandra Day O’Connor and I thought it would be appropriate if we included as part of our robe something typical of a woman. So I have many, many collars.”