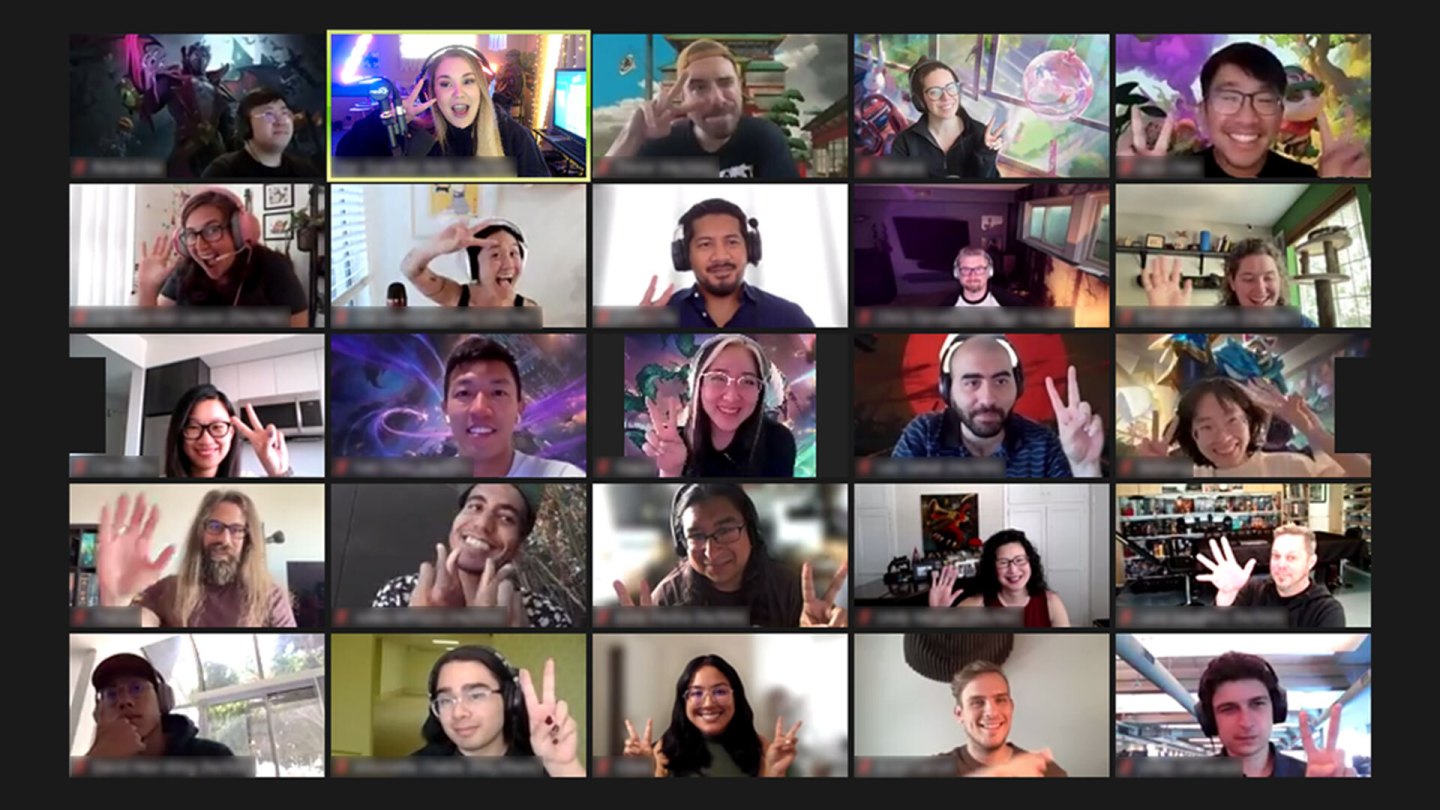 The onboarding process at Riot Games is integral to the company’s culture. Known as “denewbification”—a play on the gaming term “newbie” used to describe new players—Riot’s onboarding process went virtual in 2020, forcing leaders to figure out how to make the experience just as meaningful remotely.

“We created Denewb as we were rapidly scaling to help align Rioters to what really matters,” says Marc Merrill, cofounder and president of games at the company. More than a decade after its inception, Merrill says that he, along with cofounder Brandon Beck and CEO Nicolo Laurent, still prioritize being a part of each Denewb class “because it gets to the heart of what truly differentiates Riot.”

As lockdowns swept the country, just about every company experienced the pain of adapting in-person processes to the virtual workplace. Virtual onboarding was, and still is, particularly tricky for companies that were scaling and needed to make a good first impression amid a tight talent market. The onboarding period is one of the most critical points in one’s employment journey, and companies that fail to give their newest employees a quality start risk high attrition and decreased loyalty.

Riot says its onboarding process has managed to receive high satisfaction marks even after its shift to remote work. In a rolling survey with 70% of new employees reporting, workers gave Riot’s onboarding a 96% favorability rating, according to data shared exclusively with Fortune. For context, just 12% of employees globally say they strongly agree that their organization does a great job onboarding, according to Gallup.

Kelly Kallahan, the program manager who spearheads the Denewb process, says one of the main reasons for the company’s onboarding success is the involvement of “countless Rioters, from the cofounders and CEO to game designers, writers, and recruiters.”

The three top executives dedicate time to meet with new employees at these orientations, which typically occur three times a month; no question is off limits.

Though the onboarding has changed formats, Riot has retained some elements that employees enjoyed pre-pandemic. All onboarding classes are named after a game, character, or new product the company is developing, which gives new employees a shared identity for years to come and connects them to the larger brand.

Each onboarding cohort has historically received access to its own Slack group, but how that channel is being used has also changed after the company’s virtual-first pivot. Instead of using it informally for announcements and coordination, “newbs” use the channel for team-building activities such as daily icebreaker questions that would have previously taken place in person. They also organize team events through the platform and host virtual game nights.

Riot’s onboarding team also had to make some changes and adapt its onboarding checklist to a virtual world in which employee attention span is much shorter. Members had to condense the onboarding material, which would normally involve a series of in-person presentations, and change the format of some trainings so they could be completed asynchronously. Riot’s new digitized onboarding platform, called Onboarding Journeys, was built into the company intranet, allowing Riot to automatically push out links to relevant Slack channels, org charts, software and tools, and recordings of internal meetings or training sessions.

Another challenge during the company’s early shift to remote work was figuring out how to gather geographically dispersed employees for the onboarding. A typical orientation at Riot consists of two virtual sessions before lunch followed by three to six sessions in the afternoon, usually of shorter length.

“In the old days, we would literally fly every person from every office around the world to Los Angeles,” says Max La Due, senior manager of global onboarding. The new solution? Running quarterly onboarding classes specifically for the European and Asia-Pacific regions.

La Due emphasizes the need for virtual onboardings to be much shorter than the in-person version. “I feel pretty comfortable having somebody in a classroom all day,” he says, “but asking them to sit in front of their computer for eight hours is is not a reasonable ask.”

To reduce the amount of live programming, some training was replaced with guides, recorded webinars, and additional centrally located resources. Keeping new employees engaged in a virtual setting takes significantly more effort than in person, La Due adds. His solution was to lean into practices that liven up the remote get-togethers.

He began playing music between each training session to energize the new hires, which quickly caught on with attendees. They started making requests, eventually putting together a company-wide playlist.

“The playlist represents the music of literally the last two years of Rioters, and not just from America,” La Due says. “We’ve done this internationally as well; Seoul, Tokyo, Singapore, Dublin, Berlin, Paris, all of them are adding music to it…it’s this amazing collection of taste that allows people to connect.”

In a recent Great Places to Work survey, 97% of Riot employees said they agree with the statement, “When you join the company, you are made to feel welcome.”

The company attributes this sentiment to a concerted effort to retain and augment its onboarding process through periods of instability, and a willingness to be creative and experiment with new formats. “If you find something that works, virtually, even if you’re not expecting it, just embrace it,” La Due says.