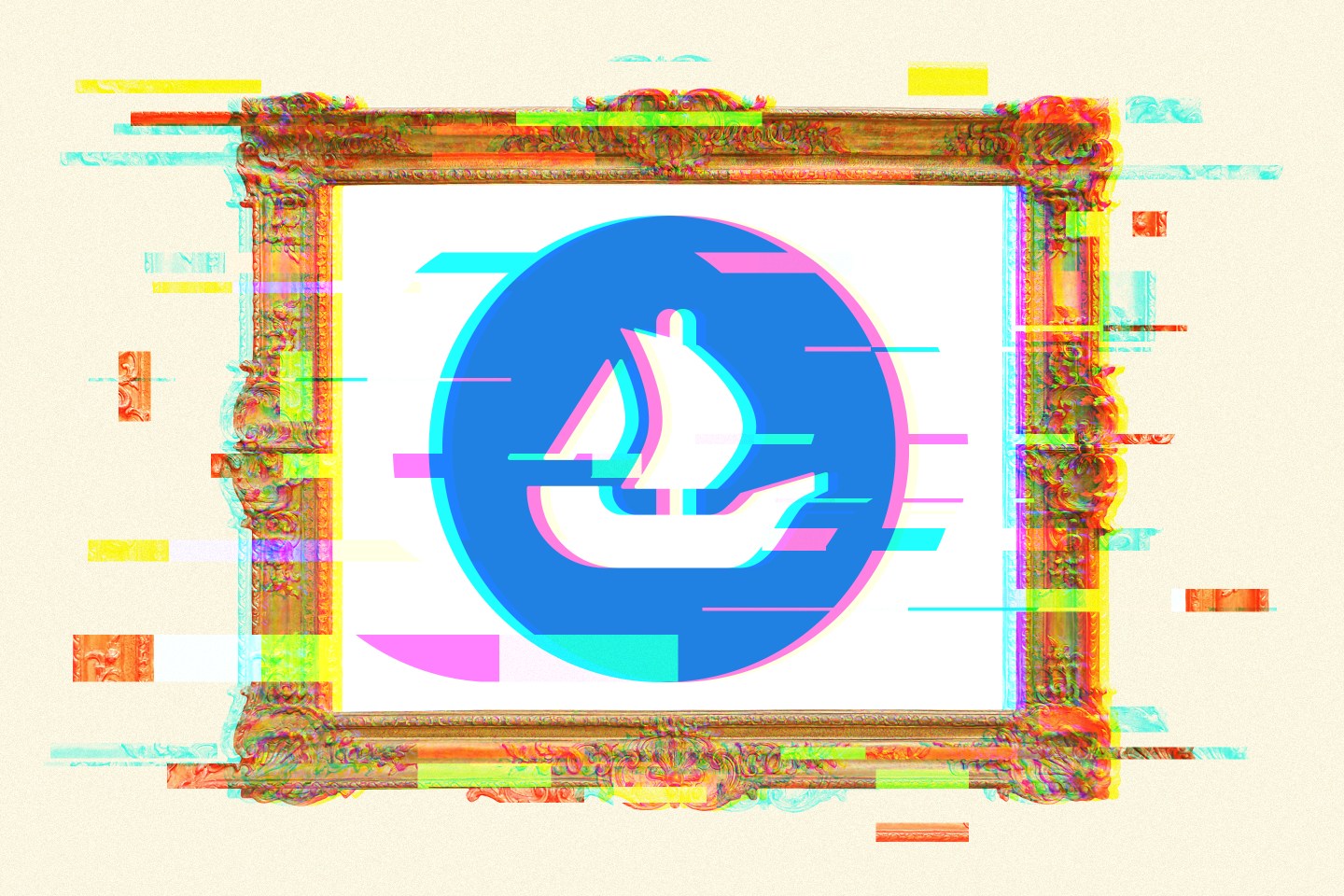 OpenSea’s practices come at a time when crypto companies have complained about a lack of clear guidance from regulators as to how securities laws apply to the crypto realm.
Photo illustration by Fortune; original photos by Getty Images; courtesy of OpenSea

Crypto companies have long operated in a legal gray area when it comes to coins and non-fungible tokens (NFTs), even as regulators increase their scrutiny of the industry. Unsurprisingly, some crypto startups have taken a cautious approach to communications—like NFT marketplace OpenSea, which has instructed employees not to use words that could imply NFTs are securities.

According to a former employee, OpenSea provided a list of terms employees should use in place of words that might connote securities. For instance, the company told workers to avoid the term “trading,” and to instead use the words “buy” and “sell” with NFTs. And instead of describing an NFT that had been altered as a “derivative,” OpenSea told them to use the word “remix.” The ex-employee said the company also instructed employees to use “segment share” when referring to OpenSea’s positioning in the space in lieu of “market share.”

The former employee, who requested anonymity to speak freely, described this as part of “language controls” to avoid casting NFTs as “financial securities.” The ex-employee said the list was provided as part of onboarding for staff.

An OpenSea spokesperson told Fortune by email, “We provide guidance and resources to help educate our employees about our business and the words we use to clearly and accurately explain our services.” They added that “much of the jargon that was used in the early days of NFTs was borrowed from other industries. Those terms don’t quite work for NFTs, which are different from other forms of crypto.”

The spokesperson also noted that OpenSea tries to employ words that are understandable to users—like using the word “remix” to describe NFTs that are inspired by other NFTs instead of “derivative.” The spokesperson added that a lot of OpenSea’s guidance dates back to earlier days at the company when there were only a few employees.

Companies weighing in on vocabulary isn’t unique to OpenSea: For example, fintech Chime agreed last year to stop using the word “bank” in its website address and advertisements following pressure from a California regulator. (The Chime situation differs from the one at OpenSea insofar as the language switch involved an external term, not internal communication guidance.)

OpenSea’s practices come at a time when crypto companies have complained about a lack of clear guidance from regulators as to how securities laws apply to the crypto realm—even as Securities and Exchange Commission Chair Gary Gensler has taken a harder stance toward the industry. Critics complain Gensler’s policies amount to “regulation by enforcement.”

Meanwhile, the former OpenSea employee said the use of “A/C-priv” (shorthand for attorney-client privileged) was what they described as “widespread” at the senior management level when discussing legal matters in internal communications—including on the workplace messaging platform Slack. Documents classified as attorney-client privileged are typically shielded from opposing parties in any legal dispute.

When asked for comment on the apparent invocation of “A/C-priv” on communications including Slack, the spokesperson described the practice as “standard.”

OpenSea’s guidance comes amid a fraught regulatory environment for crypto companies. Crypto exchange Coinbase has come under fire from the SEC, which charged a former employee in July, accusing the worker of insider trading while alleging there were “at least nine” unregistered securities involved. The agency is also reportedly probing Coinbase separately.

Meanwhile, OpenSea itself became embroiled in controversy when the Justice Department charged former head of product Nate Chastain with insider trading for purchasing NFTs that would later appear prominently on the company’s homepage. Chastain recently filed a motion to dismiss the charges—claiming that NFTs don’t fit the definition of securities or commodities.

The question of whether NFTs could be considered securities is still, however, up in the air: In a December interview on CoinDesk TV’s First Mover, SEC commissioner Hester Peirce said, “Given the breadth of the NFT landscape, certain pieces of it might fall within our jurisdiction,” adding that “people need to be thinking about potential places where NFTs might run into the securities regulatory regime.”