Best Buy just made it official: Americans are done buying stuff and they have travel fever 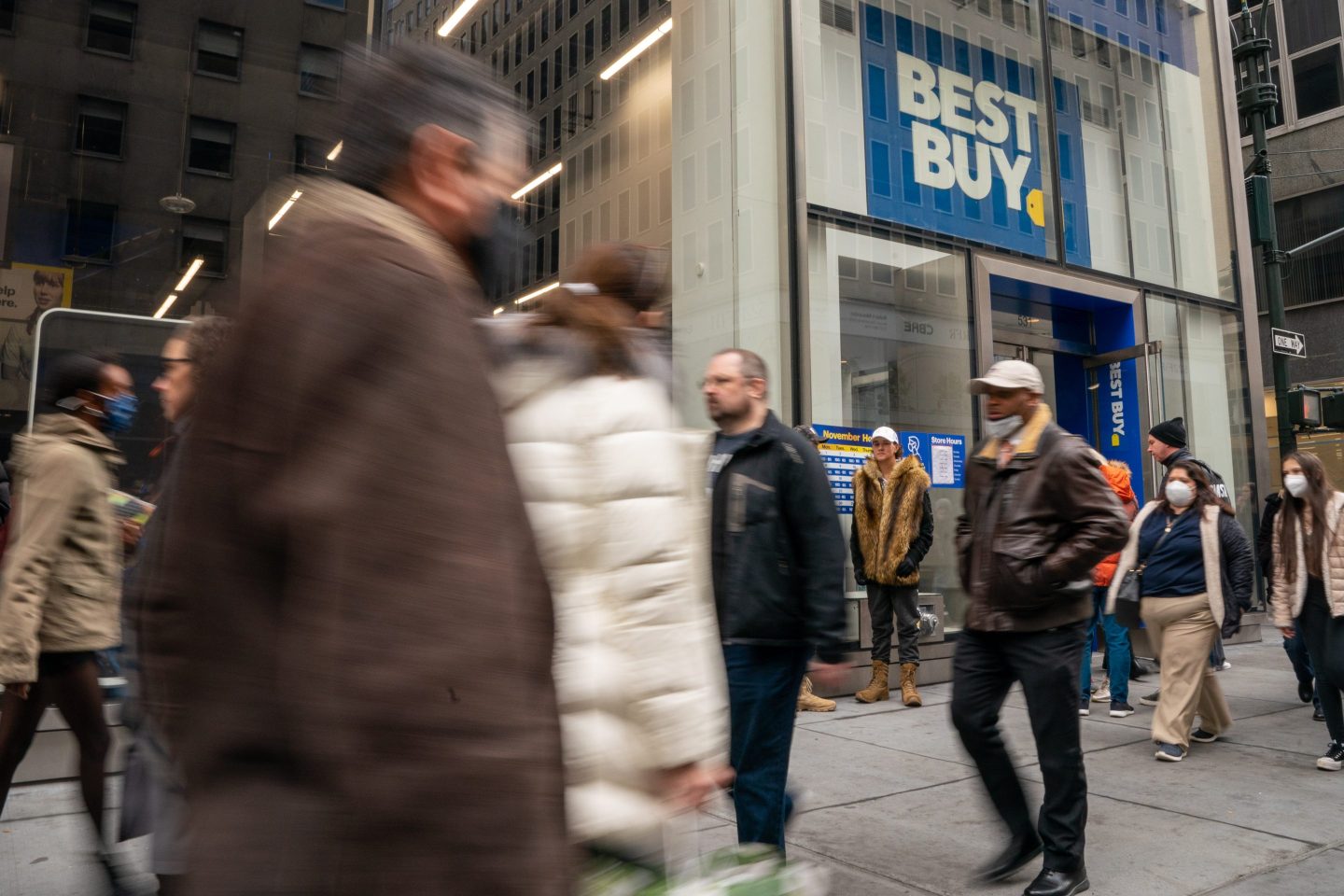 Shoppers haven't been buying as much stuff at places like Best Buy.
David 'Dee' Delgado—Bloomberg/Getty Images

Best Buy Co. surpassed Wall Street’s profit estimate after warning a month ago that it was under pressure from waning consumer-electronics demand.

Adjusted earnings fell to $1.54 a share in the fiscal second quarter, Best Buy said in a statement Tuesday. That exceeded the $1.35 average of analyst estimates compiled by Bloomberg, which had come down sharply since the company cut its forecast for the year in late July.

Best Buy is contending with flagging sales of discretionary goods as soaring US inflation forces shoppers to pay more for groceries and other essentials. Consumers are also shifting more spending to travel and other services after binging on televisions, computers and appliances during the first two years of the pandemic.

“We are clearly operating in an uneven sales environment,” Chief Executive Officer Corie Barry said. “We are focused on balancing our near-term response to difficult conditions and managing well what is in our control, while also delivering on our strategic initiatives and what will be important for our long-term growth.”

The shares rose 5.2% in New York trading at 9:39 a.m. Best Buy had fallen 27% this year through Monday, while an S&P index of consumer-discretionary companies had lost 23%.

Best Buy said it incurred $34 million in restructuring costs in the second quarter, mostly in the form of benefits stemming from job cuts, and said it would take on additional expenses during the rest of the year. The Wall Street Journal reported earlier this month that the company is cutting hundreds of jobs in stores.

In the second quarter, which ended in late July, sales tumbled 13% to $10.3 billion, matching analyst estimates. Enterprise comparable sales fell 12.1%, compared with an average analyst projection of a 13.1% decline.

Adjusted operating income amounted to 4.1% of revenue in the quarter. The company had forecast “a range around 3.7%” last month.

The company withdrew its forecast for fiscal 2025, which was unveiled less than six months ago.

“The current macro backdrop has changed in ways that we and many others were not expecting,” Barry said on a conference call with analysts. Best Buy will provide more detail on its longer-term expectations “once we begin to experience a more stable operating environment,” she said.