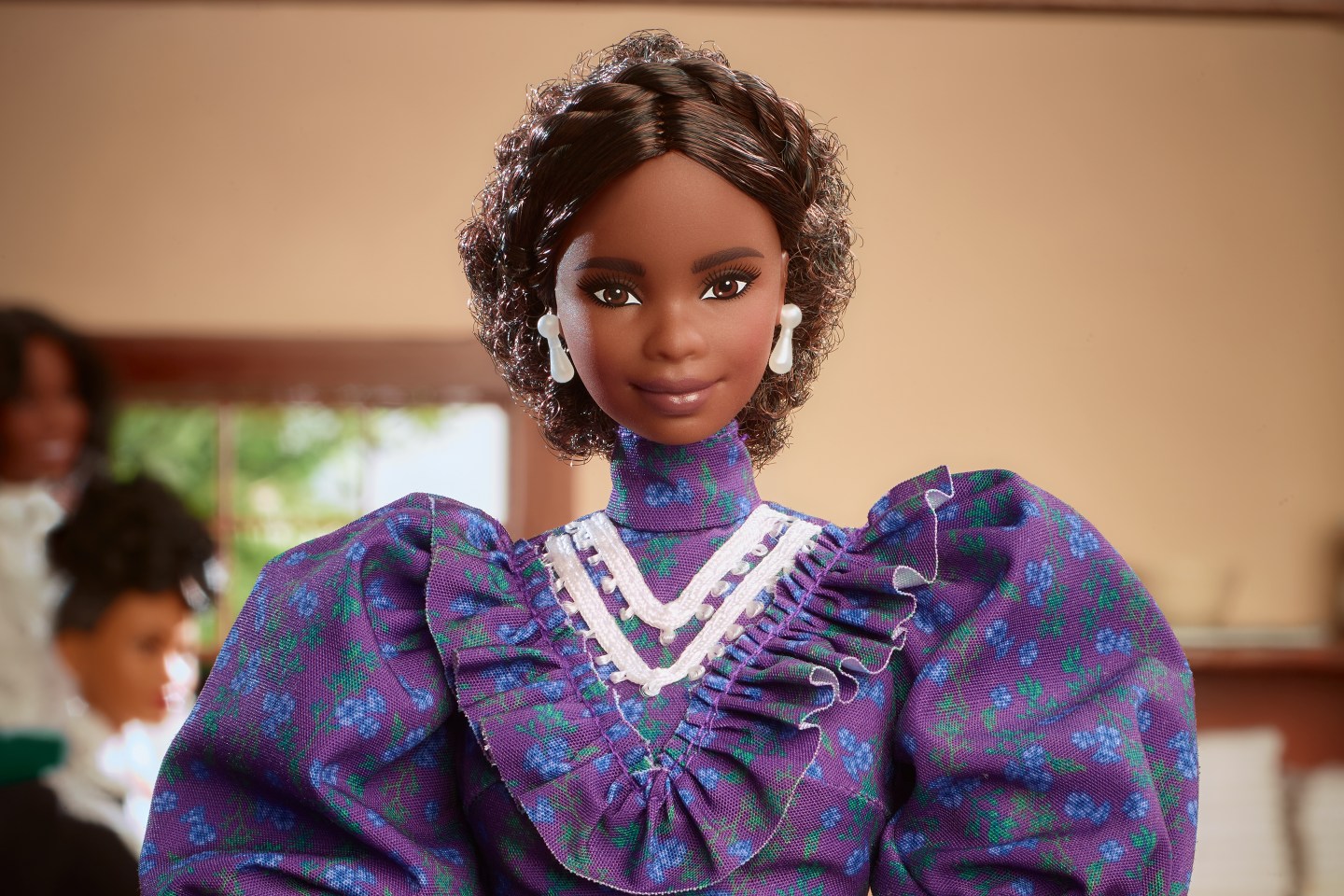 First, Madam C.J. Walker was honored by a Netflix series starring Octavia Spencer. Up next: Barbie.

Walker created and began selling her original hair care product, “Madam Walker’s Wonderful Hair Grower,” in the early 1900s after suffering from a scalp condition that triggered her own hair loss. Its wild success made her the first self-made female millionaire in U.S. history (or at least the first documented one).

The Netflix series, Self-Made: Inspired by the Life of Madam C.J. Walker, came out in 2020 with four episodes tracing Walker’s life and her path to becoming the first self-made female millionaire.

Two years later, Walker’s now a part of Barbie’s “Inspiring Women” dolls, created by Mattel. The series intends to pay tribute to courageous women who paved the way for generations to come.

“I love knowing that little girls and boys can role-play and imagine themselves as entrepreneurs, philanthropists, and social justice advocates like Madam Walker,” she told Fortune.

Walker joins the collection that has previously honored and highlighted the work of Ida B. Wells, Rosa Parks, and Maya Angelou with their own dolls.

“When I was 3 years old, my mother made sure I had a Black doll because she knew the power of images & role models,” Bundles wrote on Twitter after the doll was introduced. “Having this @MadamCJWalker @Barbie is an incredibly lovely gift not just for me but for little girls who can see themselves #MadamWalkerBarbie.”

Walker’s Barbie is dressed in colorful clothing with floral print and detailed sewing, paired with her very own hair care accessory in remembrance of her work and the business she built.

She was born in 1867 in Louisiana, where her parents were enslaved before the end of the Civil War. When she was older she founded her own business, after developing her original hair care product. But she wasn’t just a businesswoman; she was also heavily involved in political and social activism and contributed to the NAACP’s antilynching movement.

“As a pioneer in entrepreneurship, philanthropy and activism, creating the blueprint for the self-made American businesswoman and innovators of the twentieth century,” Lisa McKnight, executive vice president and global head of Barbie and Dolls for Mattel, said in a statement. “Madam C.J. Walker is an embodiment of our Barbie Inspiring Women series.”