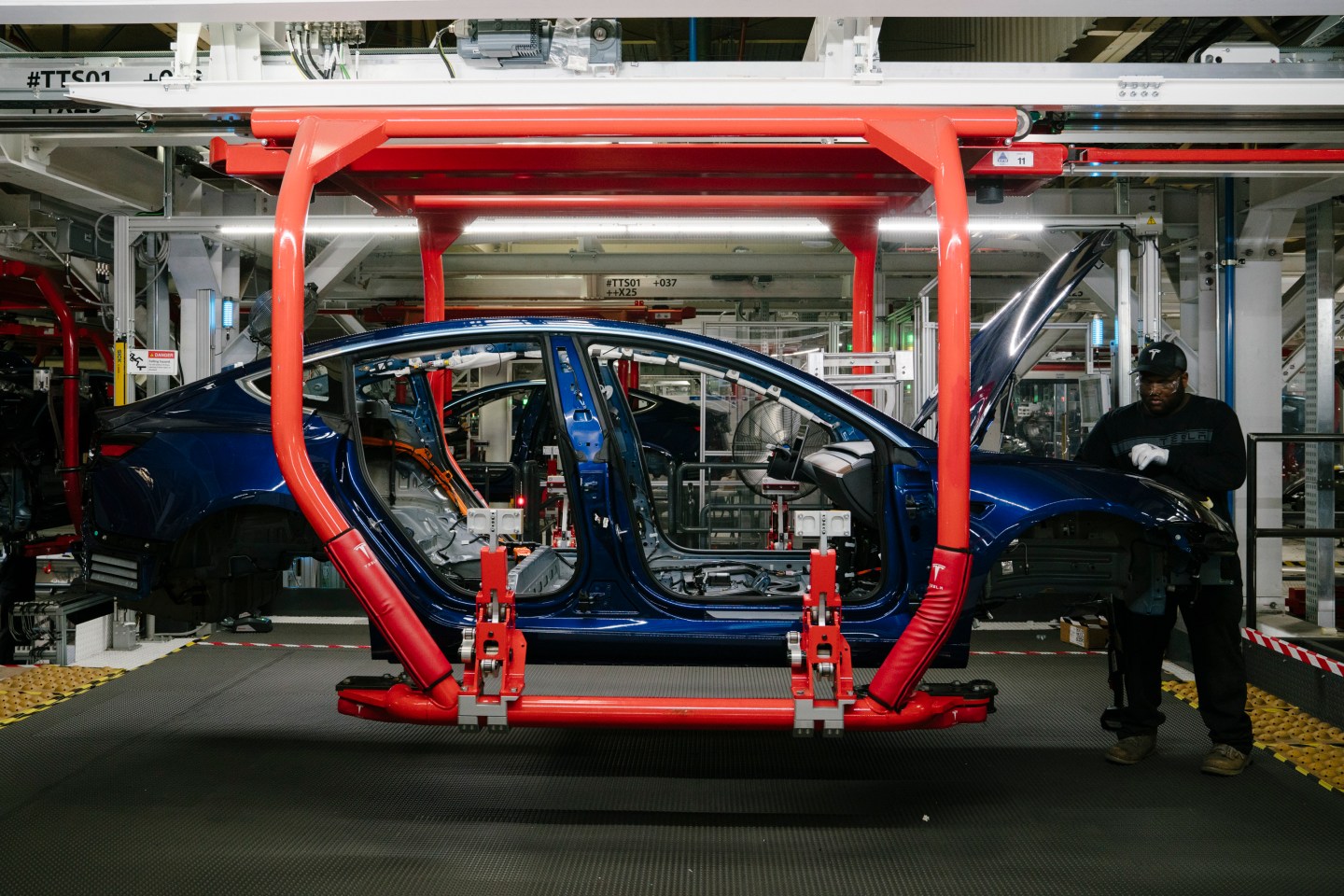 “Wearing union insignia, whether a button or a t-shirt, is a critical form of protected communication,” NLRB Chairman Lauren McFerran said in a statement Monday after the 3-2 ruling by the agency’s Democratic majority. “For many decades, employees have used insignia to advocate for their workplace interests — from supporting organizing campaigns, to protesting unfair conditions in the workplace — and the law has always protected them.”

The electric carmaker required production workers to wear black shirts with the Tesla logo, or occasionally all-black shirts when a supervisor gave permission, according to the ruling. The majority said the policy interferes with workers’ rights under the 1935 National Labor Relations Act.

The company didn’t immediately respond to a request for comment on the ruling. Tesla had argued that its dress code was meant to prevent clothing from mutilating cars, and that employees were free to display other sorts of union insignia on the job.

But during a 2018 hearing in the case, former Tesla employees testified that managers told them to remove t-shirts supporting the United Auto Workers union, even though their co-workers wore shirts supporting sports teams without incident.

Monday’s ruling orders Tesla to change its dress code to allow employees to wear black union shirts. NLRB rulings can be appealed into federal court, as Tesla has already done with a 2021 ruling telling the automaker to offer reinstatement to a fired activist.

In their dissent, the board’s Republican members accused the majority of “distorting decades of precedent,” and said the ruling “effectively declares illegitimate any employer uniform policy or dress code that prohibits employees from substituting union apparel for required clothing.”