Yeezy, Adidas, and Nike sneakers worth up to $20 million to be sold off after fraud scheme bust 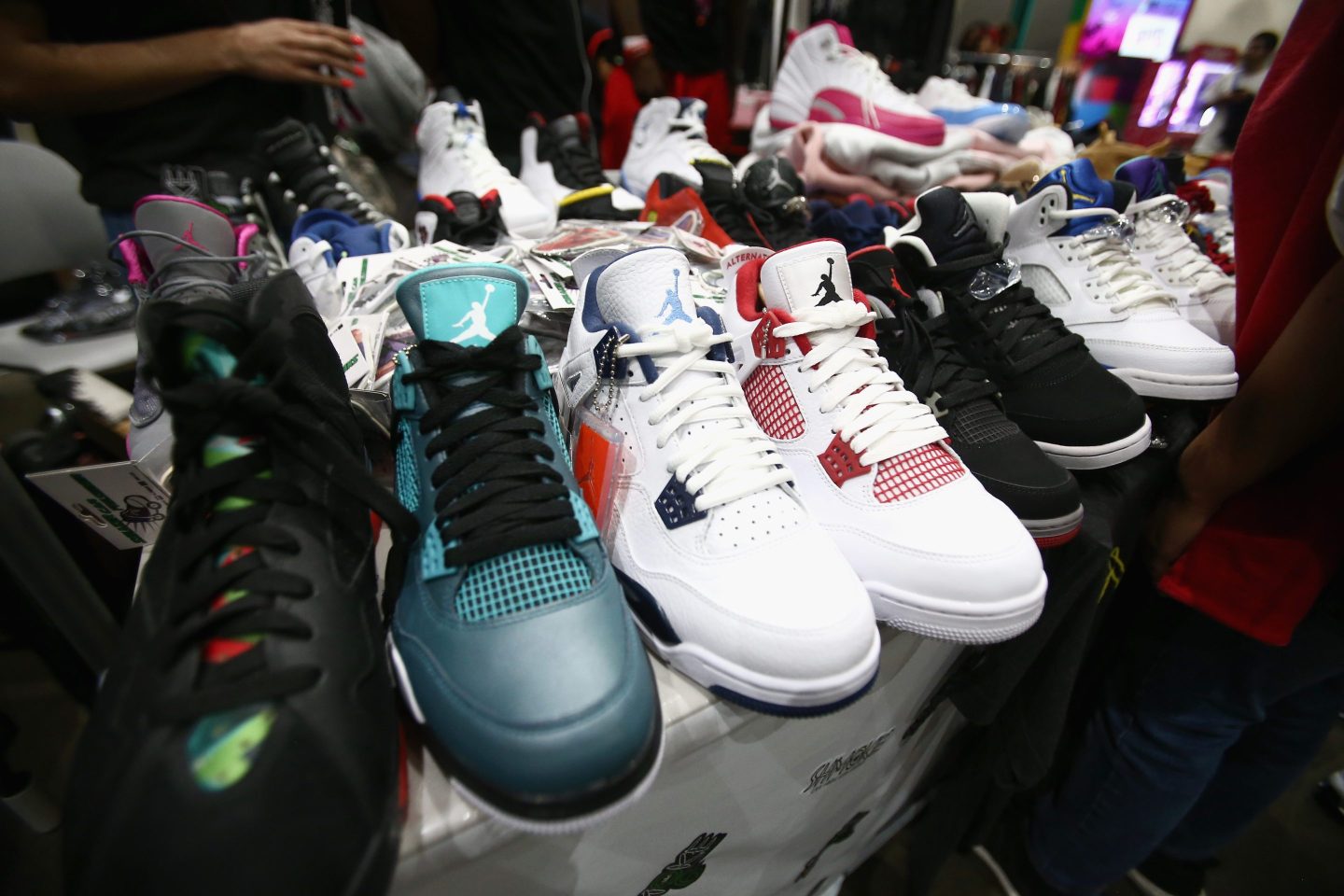 Federal prosecutors are being tasked with the selloff of millions of dollars’ worth of exclusive sneakers from the downfall of the “Bernie Madoff of sneakers.”
Tommaso Boddi—Getty Images for BET

Almost a month after one of the biggest names in sneaker resale was accused of orchestrating a multimillion-dollar fraud scheme, federal prosecutors are now being tasked with selling off millions of dollars’ worth of exclusive stock.

Michael Malekzadeh, once called the “Bernie Madoff of sneakers,” was charged with wire fraud, conspiracy to commit bank fraud, and money laundering on Aug. 3, accused of swindling millions of dollars out of his customers by selling exclusive shoes that never arrived.

Now, more than 59,780 pairs of shoes neatly boxed up are in the hands of a court-appointed receiver who needs to sell them off as soon as possible in a bid to raise funds for victims.

The first shoes to be sold are 1,100 pairs from Malekzadeh’s personal collection, both new and used, according to court documents seen by Bloomberg.

Experts note that even if all the sneakers in Malekzadeh’s collection and excess inventory are sold, the amount raised is unlikely to cover what the victims are owed.

In the closely guarded warehouse, there are 4,746 Yeezys, 4,626 Adidas shoes, and 48,339 Nike shoes—a good chunk of which are believed to be highly coveted Air Jordans.

Altogether, they have an estimated value between $12 million and $20 million.

In 2013 Malekzadeh founded sneaker resale company Zadeh Kicks, which over the years became known as a place to preorder hyped sneakers months before their official release date.

The prices of the shoes were considerably lower than their market value, and if the prerelease sneakers never came to fruition, Zadeh Kicks would offer store credit to customers.

There were a number of theories as to how Malekzadeh managed to get his hands on the exclusive sneakers.

Common theories included a close connection with an insider at Nike or ties with smaller retailers and boutiques, but no concrete explanation emerged.

Despite the unexplained history of where the shoes came from, the ones that did arrive were completely authentic and passed third-party authentication services on StockX and GOAT.

Then the business model came crashing down. On May 19, Malekzadeh pulled the plug on his business, petitioning to voluntarily dissolve the LLC, and scrubbed himself from social media.

In the court filing announcing the dissolution of Zadeh Kicks, the company states that it “experienced exponential growth in business” from January 2020 to May 2022, primarily owing to preorders, and that it was unable to keep up with the rapid growth because of inadequate “internal systems and processes.”

News of the dissolution spread like wildfire on social media, with hundreds of Zadeh Kicks customers coming forward to share stories of losing six-figure sums as the company pulled out of the market.

As a result of Zadeh Kicks’ unique business model, in which buyers would preorder shoes months in advance and would receive store credit for missed orders, customers who bought Zadeh Kicks shoes before the company’s dissolution are unlikely to recoup their losses.

Federal prosecutors eventually charged Malekzadeh with swindling $70 million out of customers and falsifying loan applications for more than $15 million in bank financing, to which Malekzadeh has pleaded not guilty.

But now comes the task of offloading the excess stock from the dissolved company.

David Stapleton, the court-appointed receiver, is considering selling off the inventory in bulk or unloading them through various resale platforms.

Malekzadeh’s personal shoe collection is meant to “test the market” on how the shoes can best be sold.

But whether or not Stapleton can accurately price the sneakers in Malekzadeh’s inventory is the real question, Jared Goldstein, coauthor of Sneaker Law, told Bloomberg. Even discounting $20 off 60,000 pairs can add up to millions, he said.

“These people that are handling it I’m sure are not so savvy when it comes to sneakers,” Goldstein said.