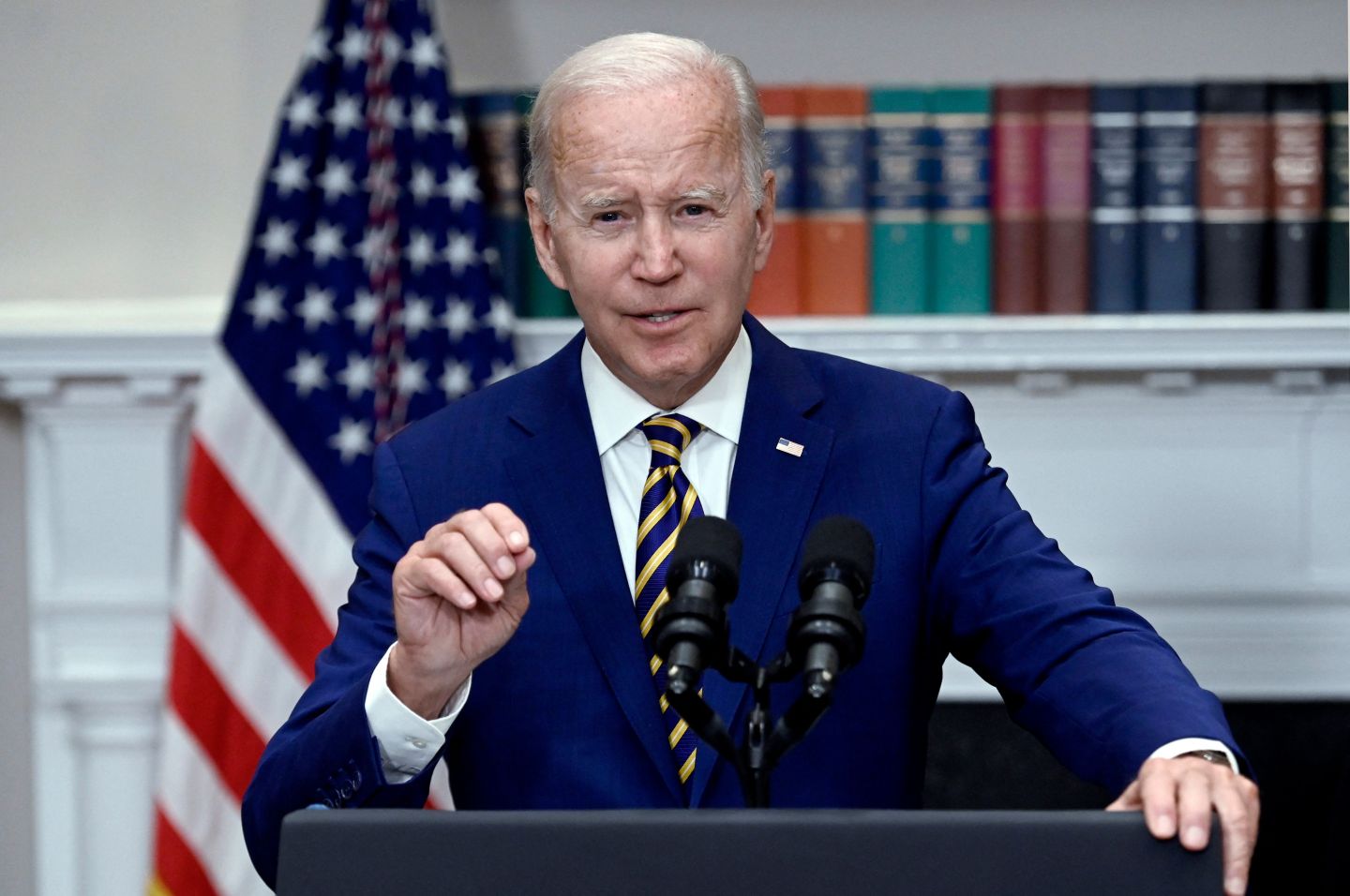 Forgive and forget. President Joe Biden yesterday announced his intention to cancel up to $10,000 in federal student loan debt for millions of borrowers across the U.S., and an additional $10,000 for Pell Grant recipients. The long-awaited decision will have an enormous impact on the roughly 45 million Americans with federal student loans, especially women.

Women hold two-thirds of student debt in the U.S., according to the American Association of University Women, with an average balance of $31,276. Factor in the gender pay gap that widens as women age, become parents, and progress in their careers, and women take about two years longer than men to repay their student loans.

“This is going to be impactful for women across the country,” White House deputy communications director Kate Berner said in an interview yesterday.

Biden’s plan forgives up to $10,000 in student debt for people earning under $125,000 a year and households earning less than $250,000 annually. It also wipes out up to $20,000 in loans for recipients of Pell Grants, which are given to low-income students. Black students and graduates make up the bulk of Pell Grant recipients and are twice as likely as white borrowers to receive them.

The White House estimates that the loan forgiveness plan will provide debt relief to 43 million people and completely eliminate student debt for 20 million Americans, reducing the $1.6 trillion that U.S. borrowers owe in federal student loans. This being said, for borrowers with tens of thousands in student loans, $10,000 or even $20,000 in relief will still leave them with large sums to pay off.

The Biden administration’s plan, however, does take some steps to provide relief even for borrowers who will still owe large sums. Reforms to income-based repayment plans aim to prevent interest from accruing and driving up total balances even as borrowers pay their loans each month. That will hopefully prevent stories like Keona Tranby’s, for instance. In an interview with Fortune earlier this year, the 32-year-old recounted how she paid off $28,800 in student loans over the past 10 years. But over that time span, her total balance increased from just over $50,000 to $62,000.

“People can start finally to climb out from under that mountain of debt,” Biden said in a speech yesterday. “To finally think about buying a home, or starting a family, or starting a business. And by the way, when this happens the whole economy is better off.”

The announcement comes less than three months before the 2022 midterm elections. While Biden did not cancel student debt entirely—as many progressives have called for—the relief could give Democrats a boost with voters ahead of November.

—Not his own. Two of Paul Newman’s daughters are suing the Newman’s Own Foundation, the nonprofit established by the late actor in 2005 that controls the food company of the same name. Elinor and Susan Newman allege their father’s will was amended a few months before his death, when he was no longer mentally competent, and diverged from bequeathment intentions expressed by him and his advisers years before his passing. The daughters also claim the foundation has reduced the amount of money they can direct to charities and are seeking $1.6 million in damages to be donated to charities of their choice. Wall Street Journal

—Fight for control. The nonprofit Black Girls Code is suing founder and former CEO Kimberly Bryant, alleging she is holding the website hostage and using it to advertise her lawsuit and grievances against the organization. In August, Bryant was dismissed from Black Girls Code, which operates programs intended to teach girls tech skills, after the conclusion of an investigation over alleged mistreatment of staff. Bryant, who claims the board ousted her and took control of BGC’s finances for “personal gain,” has called the lawsuit “frivolous and defamatory.” Business Insider

—Votes are in. Results from Tuesday’s primaries in Florida and New York and a runoff in Oklahoma continued to trickle in Wednesday. Oklahoma Democrat Madison Horn won the Senate runoff primary and will face incumbent James Lankford in November, though the race is expected to go to Lankford. Progressive challenger Alessandra Biaggi lost her bid to unseat Democratic Rep. Sean Patrick Maloney in New York. Center for American Women and Politics

—Kitchen nightmare. Former employees at an Amy’s Kitchen plant in San Jose allege supervisors and managers engaged in sexually inappropriate behavior and that the food company’s HR did not sufficiently act on employee complaints. Workers say one supervisor in particular would give preferential treatment to younger women over older women and appeared to inappropriately touch himself while spending time with the former. Employees were in the middle of a unionization drive when the company announced that the plant would fully close by mid-September. Eater

—Texas showdown. A Trump-appointed federal judge in Texas ruled late on Tuesday that guidance from the Biden administration requiring that hospitals in states with abortion bans perform the procedure in certain instances was overreaching a federal law. Texas Tribune

—Fight fire with fire. After losing her primary to a pro-Trump opponent last week, Rep. Liz Cheney is building a team of political consultants as she considers a 2024 run to prevent former President Donald Trump from ever reaching the White House again. Many of Cheney’s advisers are prominent Trump allies and consultants, including billionaire and conservative donor Charles Koch. While many of these supporters have remained mum on explicit support of Cheney, their aid defies requests from pro-Trump lobbyists and politicians to not support Cheney’s team. CNBC

Women shouldn’t do any more housework this year Bloomberg

You can ignore Andrew Tate Vox

“It was my workplace. In any other workplace, it would be seen as an attack. It was really upsetting.”