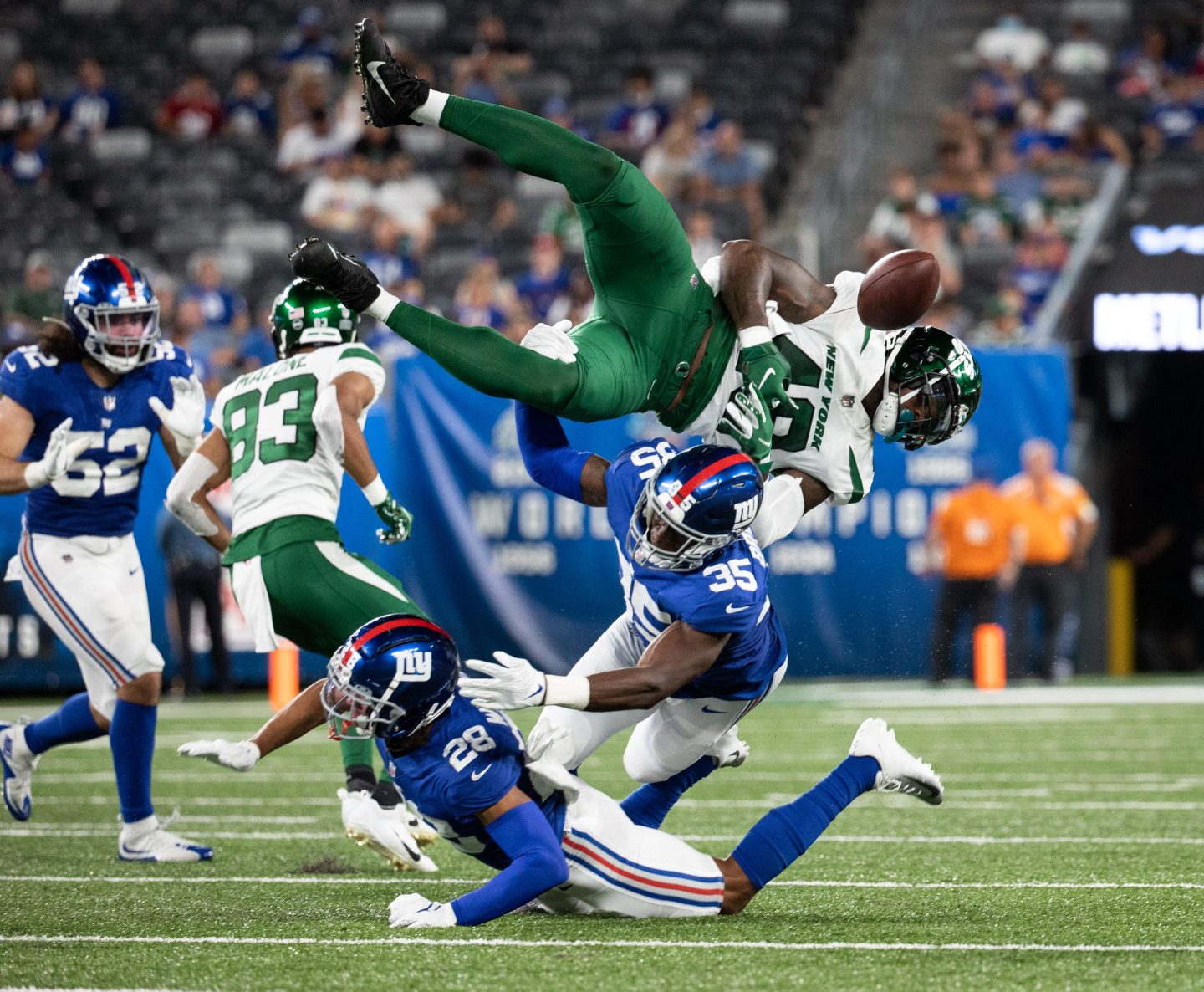 Week four of the NFL pre-season is this weekend.
Dustin Satloff—Getty Images

We’re almost there. The NFL preseason wraps up this week, giving teams one last chance to see what seems like it will work—and what doesn’t.

It’s the last week where scores really don’t matter—and starters might only play for a short period of time. Starting next week, every game makes a difference in whether or not the team gets to the playoffs.

As it has for the past few weeks, the NFL is stretching out the last days of the preseason, with games being played on Thursday, Friday, Saturday, and Sunday. And all 32 of the league’s teams will once again be playing.

Here’s a look at who’s playing whom and how best to catch the game.

It might be the preseason, but there are still some fierce rivals facing each other, perhaps none more than the New York Jets and New York Giants. Here’s how the games shape up. (The home team is listed second.) Remember: Since this is the preseason, many games will not be carried nationally. NFL Network will, however, broadcast replays of games that aren’t aired live across the country.

Arizona Cardinals vs. Tennessee Titans, 7:00 p.m. ET on ABC, CBS or NBC, depending on market

Chicago Bears vs. Cleveland Browns, 7:00 p.m. ET on ABC, CBS or Fox, depending on market

Minnesota Vikings vs. Denver Broncos, 9:00 p.m. ET on ABC, CBS or Fox, depending on market

You can. And there are several options.

Can I watch NFL preseason games on Amazon?

Not yet, but starting Sept. 15, it will be the exclusive home to Thursday Night Football.