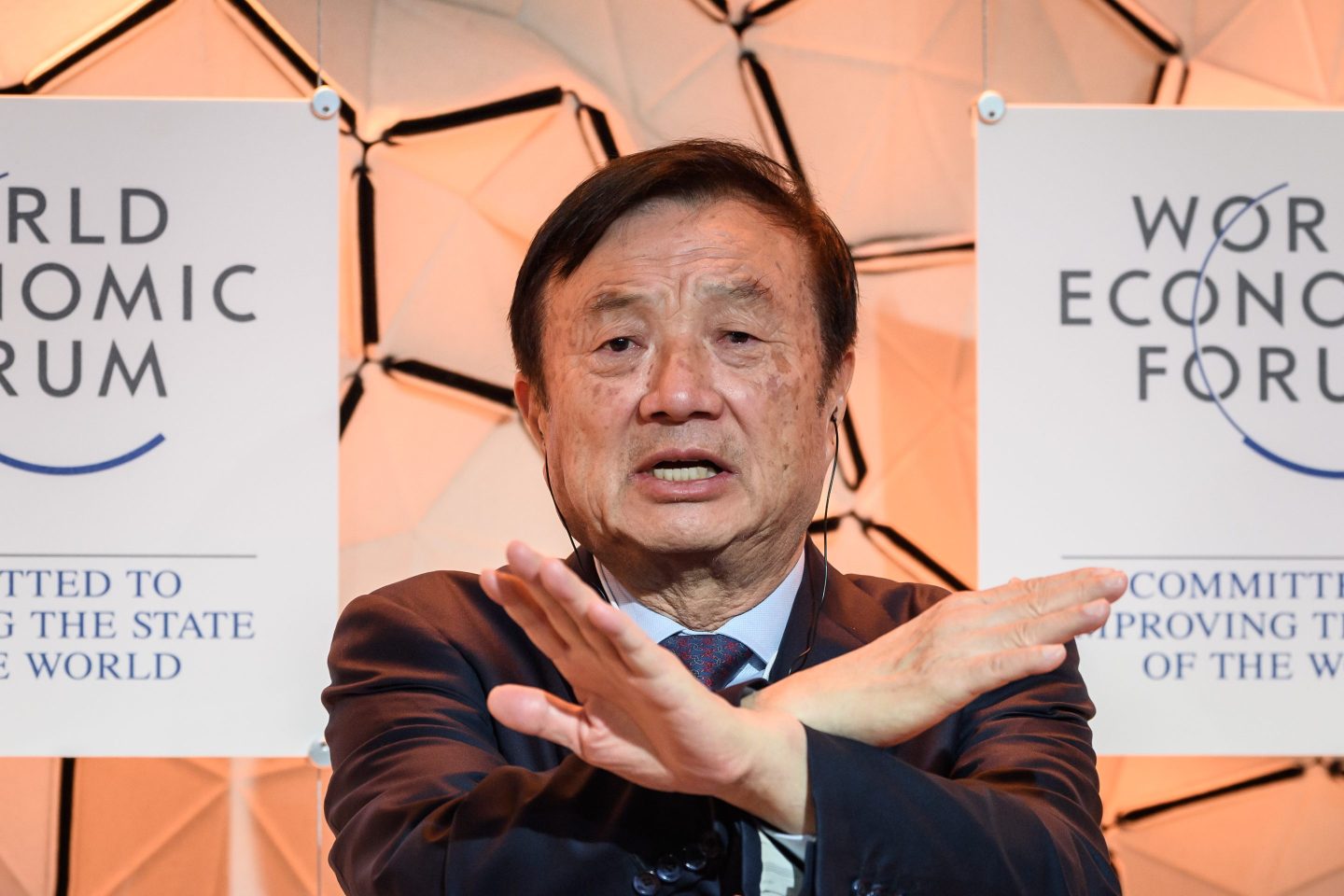 The founder of Chinese telecom giant Huawei is the latest high-profile figure in China to go viral after warning company staff of tough times ahead for the firm—and the global economy.

In a leaked email intended only for company staff, CEO Ren Zhengfei warned that there will be “no bright spot in the world” for three to five years—a “very painful historical period” as the global economy declines. His comments were first reported by Chinese financial publication Yicai—and have since been taken down from the site—as well as other local media outlets.

Over the next decade, global economic conditions will continue to deteriorate because of Russia’s war on Ukraine, and the ongoing effects of the COVID-19 pandemic, according to Ren.

As a result, he said, Huawei—the world’s third-biggest smartphone maker—must pivot to “survival mode” to secure profits and ensure cash flow, rather than focusing on scale and expansion.

“The chill will be felt by everyone,” Ren said.

Ren’s comments come amid a brutal year for his company, and his country. In the first half of this year, Huawei’s profits plunged 52% to $2 billion, according to Reuters calculations.

The company has battled multiple headwinds, including an ongoing downturn in its consumer business, alongside a weak Chinese economy, a deepening property crisis, and lingering pandemic disruptions exacerbated by the government’s strict pursuit of “zero-COVID.”

Domestic Chinese companies are facing a similarly tough road ahead. Beijing has largely abandoned its previous economic growth target of 5.5%, stating at the most recent meeting of its Politburo—the government’s top decision-making body—that it simply wants to attain “the best outcome.” The International Monetary Fund recently downgraded China’s 2022 growth to 3.3%—the lowest level in four decades.

For Huawei, “we first have to survive, then we can talk about the future,” Ren said. “If we want a little hope by 2025, then we should first find a way to get through the next three years, which will be very difficult.”

The smartphone and telecom giant should focus on its core businesses, which include cloud computing and smart cars, the founder said. Huawei must scale back from noncore segments and markets, and cut jobs where necessary, he added.

“Businesses that can’t generate value and profits in the next few years should be reduced or closed. We need to cut down quickly, and any surplus personnel should adjust to this forecast,” he wrote.

Along with a stark warning about focusing on survival, Ren also stressed that the company should not pursue “blind expansion.”

In the past decade, Huawei pursued a strategy of rapid growth—it operated in 170 countries by 2018—that was focused on winning over Western consumers and those in emerging economies. It also inked major contracts to build 5G networks in Europe and Africa.

That changed in 2019 when the U.S. Commerce Department placed Huawei on its entity list—the country’s trade restriction blacklist—over national security concerns. The U.S.’s move against Huawei barred it from accessing critical technology from the U.S. like semiconductor chips, hurting its smartphone sales.

By the first quarter of 2021, Huawei’s global smartphone market share fell below 4% compared with a peak of 20% in the second quarter of 2020, according to market research firm Counterpoint. By the end of last year, the company’s consumer business revenue plunged almost 50% to $38 billion.

Huawei’s revenue in the first half of this year reached nearly $45 billion, helped by its telecom infrastructure division, while its consumer segment still struggled.

“We used to embrace the ideal of globalization and aspired to serve all mankind,” Ren wrote. Now, “[we] don’t have lofty ideals. We need to face the reality, adjust…and study where we can [earn money] and which places and segments should be abandoned.”