‘It sucks and is evil’: Twitter’s reaction to Biden wiping out some student debt shows that $20,000 won’t please everyone 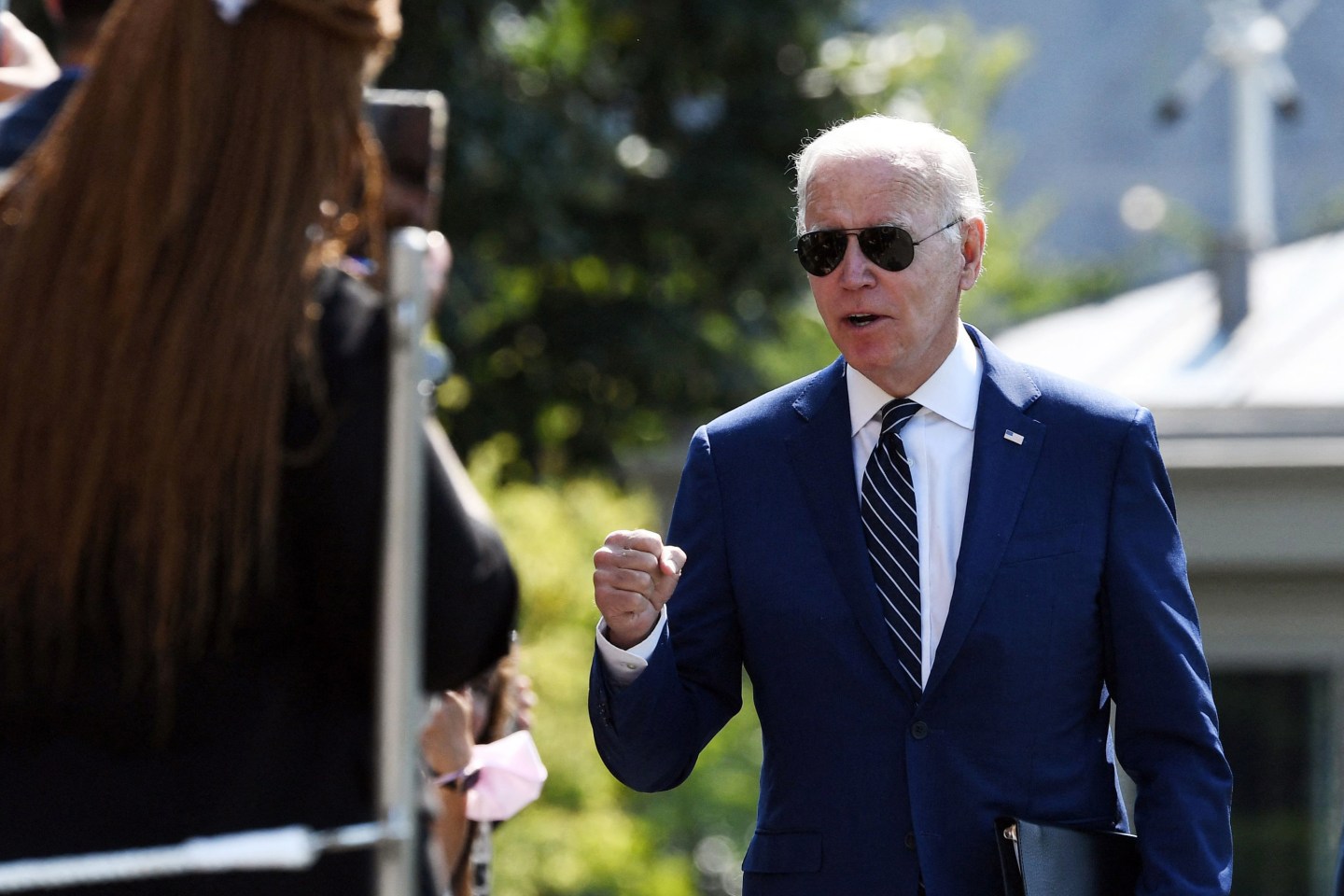 After a lot of will-he-or-won’t-he, President Joe Biden has finally escaped his Ross-and-Rachel dynamic with student loan relief.

Today, Biden announced that he’s forgiving $10,000 in student loan debt per federal borrower for those earning under $125,000 annually. Pell Grant recipients will have up to $20,000 of their student loans forgiven, with the same income cap. The president also extended the student loan payment pause through January and sliced monthly payments under an income-based repayment plan in half to 5% of an undergraduate borrower’s discretionary income.

In true modern discourse, Biden announced his decision via Twitter. And the masses have responded to say the forgiveness plan isn’t enough for everyone.

“It only applies to undergraduate loans, so actually it sucks and is evil,” wrote user Michael O’Neill Burns of Biden’s income-based repayment plan. In a separate Tweet, he wrote that he would not vote for Biden again in the future.

But others felt that a bird in the hand is worth two in the bush. Sam Sanders, podcast host of Into It, wrote of the income-based repayment plan, “For people who only have undergraduate loans, it is still something!!!”

One attorney added that excluding graduate school from the new monthly cap “is a big middle finger to social workers, public interest lawyers, rural doctors, etc. The message is if you went to grad school, you better go corporate.”

Many called on Biden to take more action, insisting that the relief wasn’t scraping the surface of student debt. “Joe Biden said you can’t have too much loan forgiveness or it will spoil your supper,” comedian Vinny Thomas said.

“This does NOTHING for the poorest borrowers, Black woman in particular. It’s a slap in the face and won’t even cover my interest (which will continue to grow). Cancel it all!!!” another user tweeted at Biden.

Student debt disproportionately impacts Black women: A study by the Education Trust found that women in general hold two-thirds of the collective student loan debt in the U.S., but Black women specifically are most negatively affected by student debt.

Others pointed out that while forgiveness is a move in the right direction, it didn’t do anything about predatory practices. A user who identifies as @goawaymom said she’s genuinely thankful her small amount of federal loans were forgiven, but that she’s unhappy that “private predatory lenders like Sallie Mae and Navient” weren’t addressed, adding that they “preyed” on middle- and lower-class families.

All this unhappiness over the long-awaited news has become a joke in itself, with satire website Reductress sharing a snarky headline titled, “How to Make Everyone Mad at You by Forgiving Just a Small Amount of Student Loan Debt.”

But many people experienced more relief than unhappiness. “Personally, if Joe Biden cancels even $10k of my student loans, I will hang a little picture of him in my living room like an Italian grandma does with the pope,” one person joked.

And the income-based repayment plan is supposed to help create greater equity. Justin Sink, a White House correspondent for Bloomberg, said that it would greatly impact low- and middle-income borrowers, especially those who just graduated.

As even Burns, who penned the “it sucks and is evil” tweet, notes, it’s a nuanced issue. He acknowledges that progress was made: “I am stoked for them! It’s just insane for the WH to not apply that same IBR plan to graduate loans when tons of teachers, nurses, librarians, social workers, etc have graduate debts growing at massive rates b/c of compounding interests.”