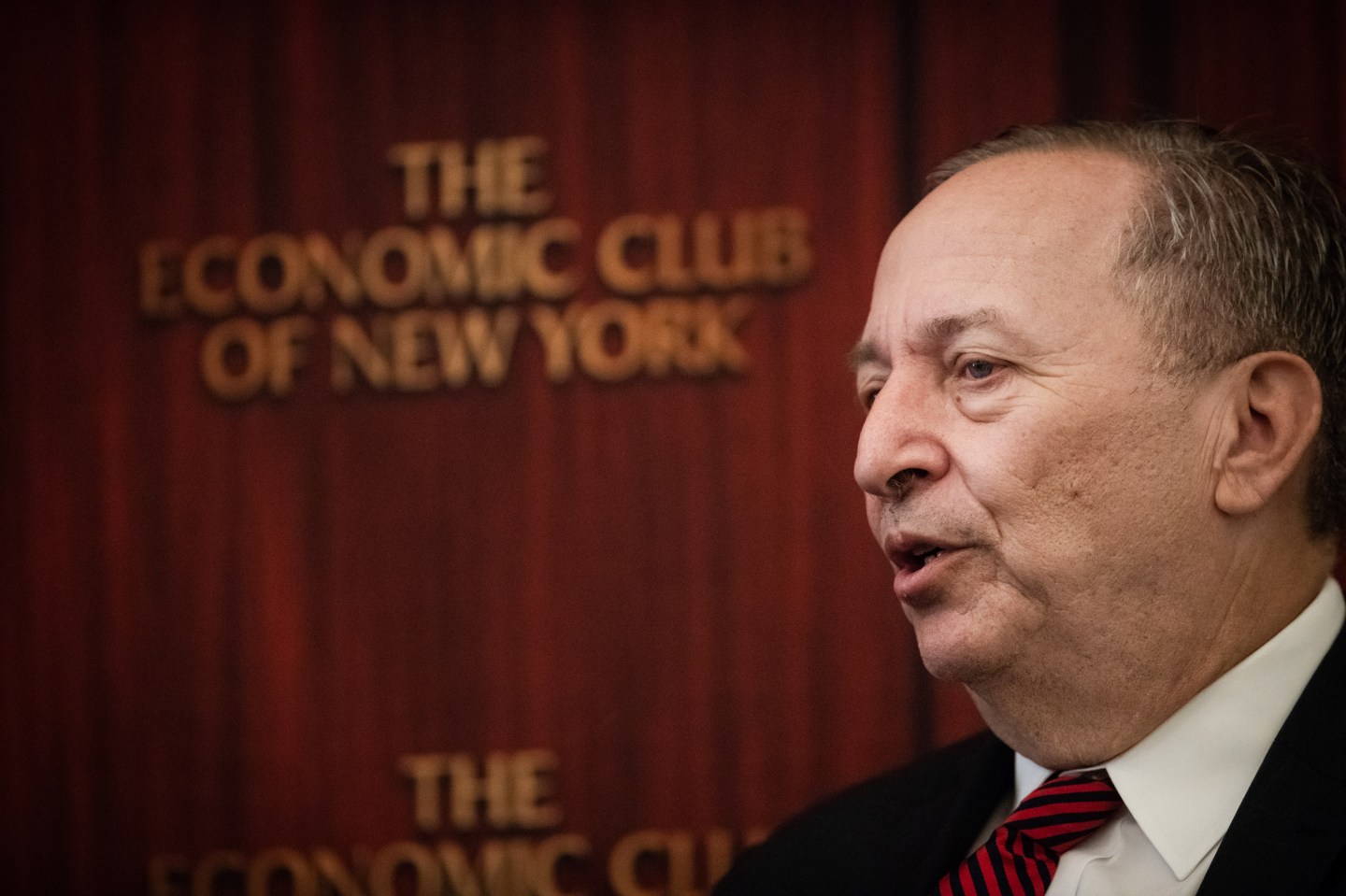 A day after criticizing any effort by the Biden Administration to forgive student loan debt, former Treasury Secretary Larry Summers has offered an alternative.

“I think the best way to relieve student debt would be to allow it to be discharged in bankruptcy,” he wrote Tuesday on Twitter. “I’d support this reform.”

That means that people with student debt could discharge it by successfully filing for personal bankruptcy. Currently legal under chapters 7 and 13 of the U.S. Bankruptcy Code, insolvent individuals can restructure their debts, albeit at some personal cost, such as suffering a hit to their credit scores.

Summers added that bankruptcy “would also penalize other private creditors, unlike government debt relief that would in part subsidize them.”

President Joe Biden is expected to announce his student loan debt relief plan Wednesday that could forgive $10,000 of student debt per borrower for those who make less than $125,000 annually. Changes to enforcement of the Bankruptcy Code is unlikely to be included in the plan.

Summers, a former Treasury Secretary under Bill Clinton and a top economic advisor to Barack Obama, has been a vocal critic of the Biden Administration. Just yesterday, on Twitter, he warned that student debt relief could contribute to inflation.

Summers has no official role in the Biden Administration. But he is said to have helped save the president’s climate change and health agenda by swaying a key senator to support the Inflation Reduction Act.

“Nearly impossible” to get rid of student debt through bankruptcy

Before becoming one of the two Democratic senators from Massachusetts, Warren spent most of her career as a law professor studying why American families fall into debt and become broke. Her plan to fix the U.S. bankruptcy system, in particular, was a principal reason she got into politics.

In the mid-2000s, Warren had a “Bankruptcy Blog” where she consistently wrote about these issues for Talking Points Memo, or TPM, a political news and opinion website. In 2008, before running for Senate, she advised Obama on the bailout and came up with the idea for the Consumer Financial Protection Bureau.

In campaigning for the presidency in 2020, Warren argued that the bankruptcy system makes it “nearly impossible” for many Americans to get rid of debt. She blamed Congress and the courts for making it increasingly difficult to discharge student debt as part of the process.

“Congress initially passed a law saying that publicly backed student loans could be discharged only with a showing of ‘undue hardship’ by the borrower,” she wrote in a post on her campaign website. “The courts eventually interpreted that language to impose a very high standard for discharge—a standard that generally doesn’t apply to other forms of consumer debt. Then, as part of the 2005 bankruptcy bill, Congress explicitly protected private student loans with the same undue hardship standard.”

When campaigning for presidency, she proposed canceling up to $50,000 in debt for 95% of people who have it versus Biden’s possible $10,000.

Her plan included making student debt dischargeable like other consumer debts, allowing individuals to secure relief by filing for bankruptcy, which is exactly what Summers says he’d support.

Summers and Warren have disagreed on monetary policy in the past. Recently, after writing an op-ed for the Wall Street Journal criticizing the Fed’s interest rate hikes and calling Summers a “cheerleader” of the approach, Summers clapped back.

“@SenWarren’s attacks on the @federalreserve’s monetary policy and my economic analysis are, I believe, misguided and if heeded could have devastating consequences for tens of millions of workers,” he wrote on Twitter in response to her article.

The economist even made an appearance in her 2014 memoir A Fighting Chance, in which she referenced a dinner the two had.

“Larry leaned back in his chair and offered me some advice,” Warren wrote. “I had a choice. I could be an insider or I could be an outsider. Outsiders can say whatever they want. But people on the inside don’t listen to them. Insiders, however, get lots of access and a chance to push their ideas. People — powerful people — listen to what they have to say. But insiders also understand one unbreakable rule: They don’t criticize other insiders.”

“I had been warned,” Warren said.

For now, Warren and Summers are outside looking in at Biden’s student debt cancellation plan.