Sen. Elizabeth Warren rips the Fed for using blunt tools that could trigger a recession 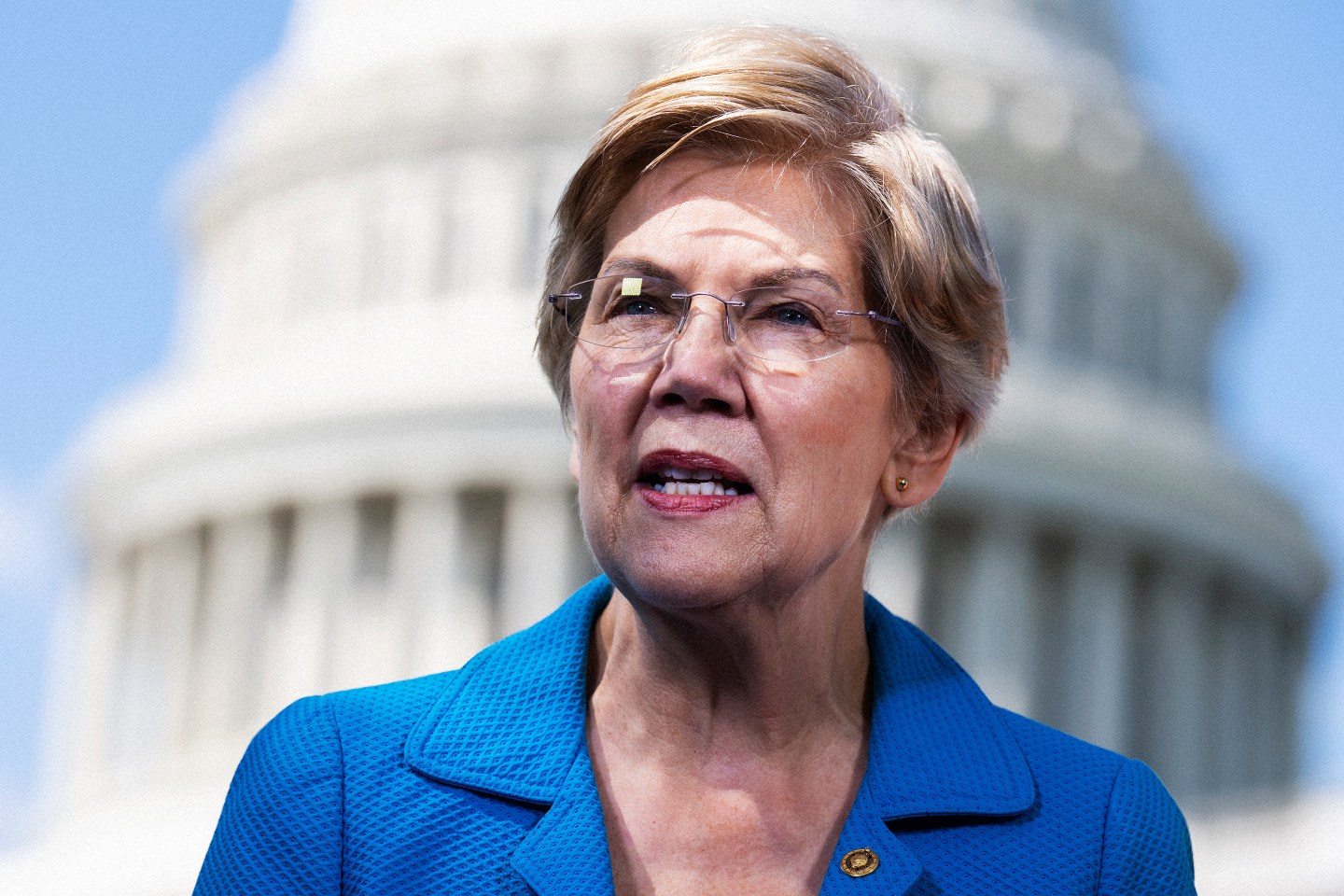 In a Wall Street Journal op-ed yesterday, Sen. Elizabeth Warren applauded President Biden and his administration for their handling of inflation and a “surprisingly strong” economic recovery amid the pandemic. But who does she believe to be on the verge of sacrificing all the progress that’s been made: the Federal Reserve, led by Jerome Powell.

“With Mr. Powell expected to announce another round of aggressive interest-rate hikes, the Fed risks triggering a devastating recession,” Warren wrote.

She defined inflation as a global phenomenon that inflicts significant financial pain on families everywhere. While interest rates play a key role in maintaining price stability, she said, the urgency to subdue rising costs is no reason to double down on what she called a dangerous treatment.

“As with any illness, the right medicine starts with the right diagnosis,” she wrote. “Unfortunately, the Fed has seized on aggressive rate hikes—a big dose of the only medicine at its disposal—even though they are largely ineffective against many of the underlying causes of this inflationary spike.”

In its third hike this year, the Fed raised rates 0.75 percentage points in June—the biggest increase in almost three decades.

Warren’s analogy of the Fed’s interest rate hikes as the only medicine at its disposal, and it being largely ineffective in bringing down gasoline prices or food prices, brings into question what should be done instead to reduce energy prices that she says were triggered by Russia’s war on Ukraine? And what should be done to fix supply chain disruptions?

Rather than answering the problems she laid out, she moved back to the effect of the Fed raising interest rates.

“When the Fed raises interest rates, increasing the cost of borrowing money, it becomes more expensive for businesses to invest in their operations,” she wrote. “As a result, employers will slow hiring, cut hours and fire workers, leaving families with less money.”

The effect of the Fed cutting too much or too abruptly will result in a recession that, she said, will disproportionately affect lower-wage workers and workers of color.

The risk of triggering a recession is growing, she said, citing Powell’s previous remark in June that the Fed’s actions could lead to a recession even if it’s not the intended outcome.

She then moved to address the recession as an impending reality, saying Republicans in Congress will push for austerity, policies that aim to reduce government budget deficits through spending cuts and tax increases. Warren then called on Democrats to be ready to reject Republican efforts and focus on helping working families survive.

Still, she suggested a recession can be avoided. Warren claims Biden has done a number of things to counter inflation, from relieving pain at the pump to straightening out supply chain disruptions to lowering food prices.

And she had her own thoughts on how Congress should act, stressing a need for high-quality, affordable child care that would in turn lower costs by allowing more parents to enter the workforce, investing in American manufacturing to create jobs and strengthen supply chains, and giving the Biden Administration more tools to crack down on price gouging by large corporations.

The medicine analogy resurfaced as she seemed to address Powell directly.

“Before the Federal Reserve triggers a recession, Mr. Powell should remember that the one medicine in his kit doesn’t treat every economic illness,” she wrote. “Low unemployment and high inflation are painful, but a Fed-manufactured recession that puts millions of Americans out of work without addressing high prices would be far worse.”