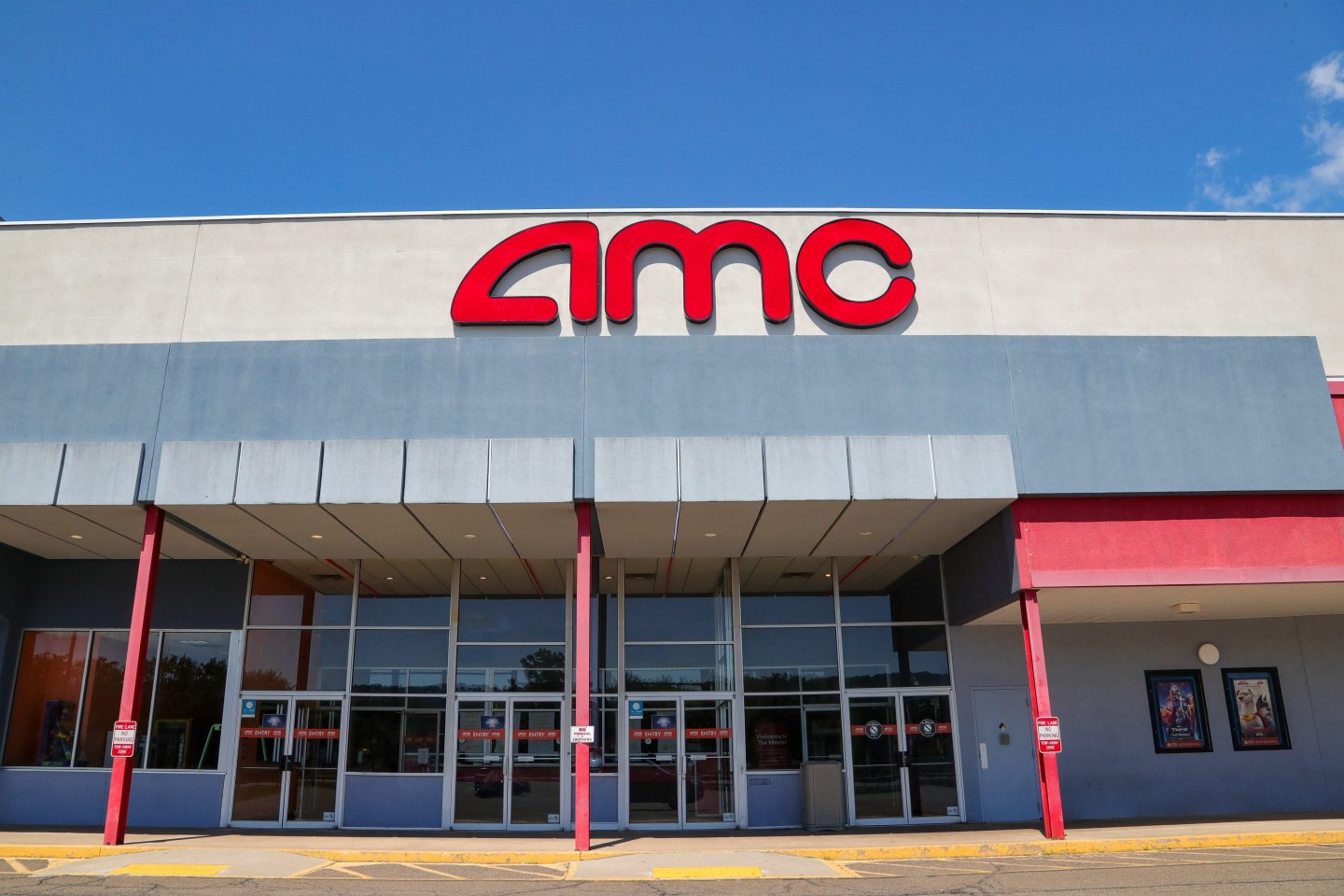 When meme-stock traders began to make waves in the market last year, they championed being unpredictable and irrational with their targets of enthusiasm—one of which was the movie theater chain AMC Entertainment Inc. Yet recently AMC CEO Adam Aron has embraced this meme-minded investor base. In the company’s latest move to profit from investor buzz, AMC this week rolled out a new share class: AMC Preferred Equity, which many have pointed out spells ‘APE’— noticeably similar to the label ‘Apes’ that bullish meme traders call themselves.

The theater chain’s new preferred share class was distributed to shareholders as a dividend last week and began trading on the market on Monday, closing at $6 per share.

Why did AMC issue a new class of shares?

Essentially, this move is a cash grab. In 2021, AMC’s stock soared after garnering enthusiasm from meme stock retail investors. Amid Reddit buzz and a bleak period of pandemic-induced carnage for the company, AMC sold millions of common shares to cash in. Today, AMC has about 516 million common shares outstanding, a huge increase from the 104 million it had in June 2020 before meme-stock interest. Yet while selling shares was a lifeline during the pandemic, AMC is limited in how many shares it can sell and issue by its certificate of incorporation. That number, 524 million, is locked in unless the majority of outstanding shareholders vote to change it. AMC proposed adding 500 million shares in May 2021, but eventually withdrew the proposal in July 2021 after investors objected. However, AMC found a loophole—issuing an entirely new class of shares to take advantage of the enthusiasm of eager buyers.

AMC authorized 1 billion new APE units last week and each unit is equivalent to one AMC common share. Last Friday, AMC issued about 517 million of these preferred shares to its shareholders as a dividend. That leaves 483 units that have yet to be issued. Initial APE units that were distributed last week to investors for free, but the company could sell more units in the future without shareholder approval. The bottom line: APE units are an option to raise cash for the theater chain.

AMC could use a cash down the line to pay off its debt. It reported over $10 billion in debt at the end of the second quarter, and its biggest competitor, Rival Cineworld, announced they were considering bankruptcy on Monday.

The research firm Wedbush lowered its price target from from $4 to $2 on Monday after the shares were issued and AMC stock plunged 40%. “While it makes little sense for APE to trade below AMC, we think that it reflects concerns over impending dilution. AMC is pre-authorized to issue up to 4.5 billion additional preferred shares of APE to raise cash,” Wedbush analyst Alicia Reese cautioned in a Tuesday note.

How will these preferred APE shares trade?

Unlike common stock, preferred stock has some stipulations that  give the Board of Directors more power to make decisions without shareholder approval. The board can decide how many shares to issue and how much to sell them for. Yet AMC’s new APE shares are designed to attract retail investors, so they function practically like common stock; they have the same economic and voting rights as AMC common shares.

While the technicalities may be different, for shareholders the move functions similarly to a two-for-one stock split. The creation of more shares will theoretically lower the price of each share because the company is still worth what it was prior to the new shares being issued, but there are double the shares in circulation. While the APE shares are in a different class and have different names, they could in theory be converted in the future to one common share of AMC.

“Remember, with the APE seeing its first trade on the NYSE at some time tomorrow morning, the value of your AMC investment will be the combination of your AMC shares and your new APE units. An AMC share plus a new APE unit added together—compared to just an AMC share previously,” tweeted Aron.

What are the risks to the company and investors?

While the move will bring in cash for the company, shareholders objected to AMC’s original plea to issue more common stock for a reason. Some shareholders are concerned about the new liquidity diluting the value of existing shares. However, Aron has pushed back against that notion, arguing that dilution should not be a concern for shareholders because it will help the company raise needed cash.

While APE shares may dress like AMC common shares and walk like common shares—under the hood they technically diverge. One situation that could illustrate their differences is during bankruptcy proceedings. Preferred equity is processed differently in the situation of bankruptcy proceeding because APE units are above common stock and yet lower than debt in capital structure. So in the case of a bankruptcy, preferred shareholders would be paid out before common stock shareholders.

Will other companies follow AMC’s lead and issue preferred shares?

Yet if this move pays off for AMC, other firms will notice and may more readily use this tactic to increase cash flow. If one thing is clear, it’s that Aron is embracing AMC’s investor base with open arms—perhaps now other companies will start wearing their meme status with pride.