Kansas voted to reject a ban on abortion earlier this month. Even after a recount, anti-abortion activists vow to fight results 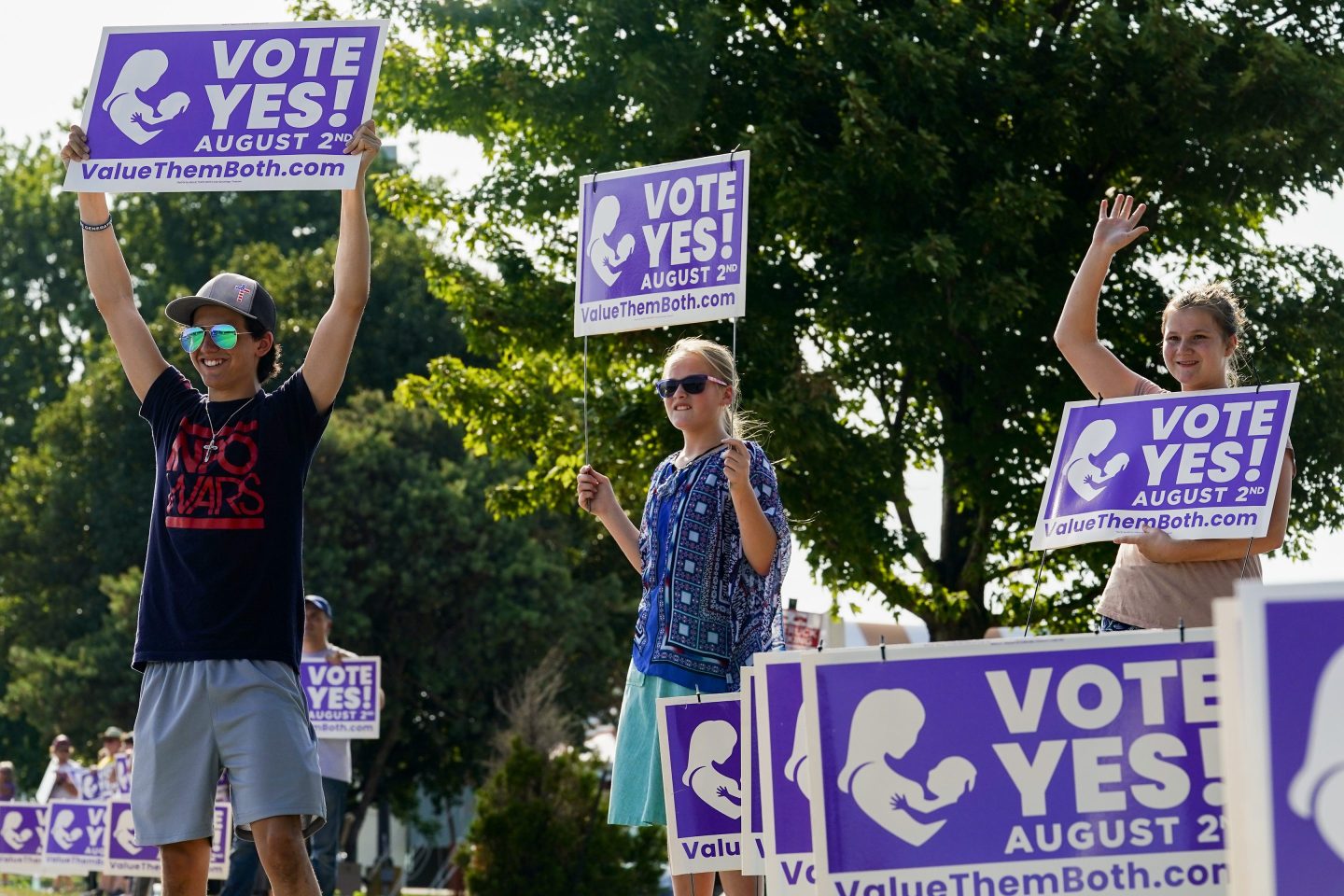 Young supporters of the Vote Yes to a Constitutional Amendment on Abortion hold up signs along 135th Street on August 01, 2022 in Olathe, Kansas.
Kyle Rivas—Getty Images

Anti-abortion activists are calling for a second recount in a Kansas election that saw voters resoundingly reject an effort to allow new restrictions on abortion access. The move comes amid baseless conspiracy theories over voter fraud and underscores a growing movement on the right for election deniers to challenge results they don’t agree with.

Officials on Sunday finished a recount sought by Melissa Leavitt, an election conspiracy theorist who was advancing unfounded voter fraud allegations. The recount affirmed the results of the early August ballot, for which voters turned out in droves, the Kansas City Star reported.

Anti-abortion activist Mark Gietzen, who funded Leavitt’s recount push, confirmed to Bloomberg News on Monday that he plans to file a lawsuit Monday calling for a full statewide hand recount. Gietzen told the Star that he acknowledged the recount was unlikely to change the outcome of the election, but said it was part of an effort to search for fraud and he suggested he and his allies would be going door to door to confront voters.

The election results keep intact a 2019 Kansas Supreme Court decision that granted abortion rights under the state’s constitution and clear the way for courts to invalidate any abortion ban that the Republican-dominated legislature might advance. It was the first state-wide referendum on abortion since the U.S. Supreme Court overturned Roe v. Wade in June.

This fall, voters will also weigh in on abortion rights in California, Kentucky, Montana and Vermont.

Kansas, which allows terminations up to 22 weeks, has long been a destination for abortion seekers coming from places with more restrictive laws. In 2019, nearly half of all those who received abortion care in the state were out-of-state residents, according to the U.S. Centers for Disease Control and Prevention.