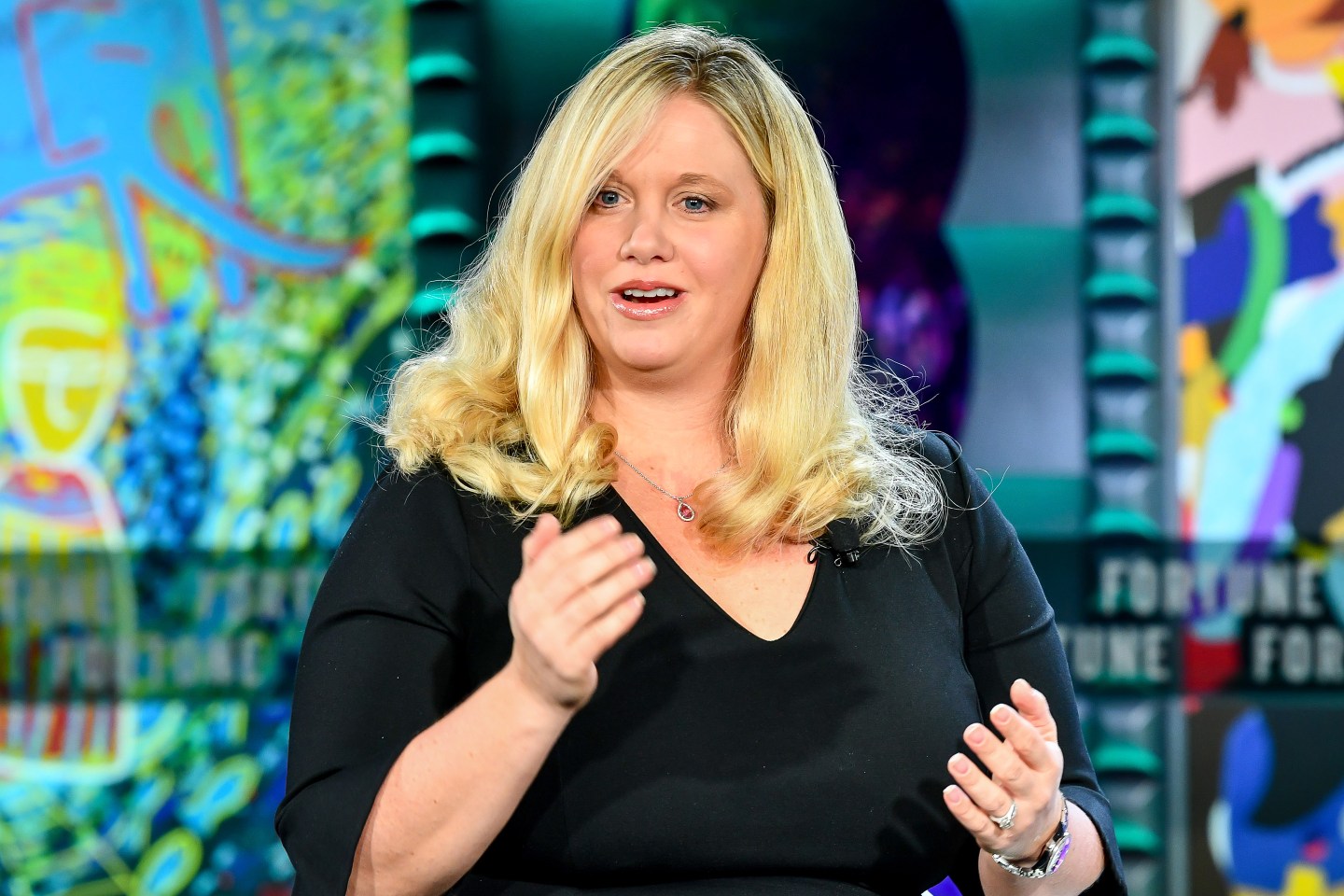 Good morning, Broadsheet readers! The FTC makes its first move on health data privacy, Deshaun Watson receives an extended NFL sentence and fine for sexual misconduct, and we want you to nominate leaders to join us at the Fortune Most Powerful Women Next Gen Summit.

But there’s another event on the horizon that we’re thrilled to share with you. For the first time since 2019, rising women leaders will convene in person from November 15-16 for the Fortune Most Powerful Women Next Gen Summit in San Diego.

Next Gen is a special gathering that brings together the most promising corporate executives on the cusp of the C-suite, fascinating founders and top-tier investors, and talented leaders across business, politics, and culture.

This is critical time for women to gather, when coming together is more important than ever. The next generation of leaders realizes the power of working together, across industries and geographies, to have maximum impact on the future of business and the world at large. With the pandemic still in the backdrop, growing geopolitical tensions, and disruptions to global supply chains (among other hurdles), there are plenty of challenges to discuss—but also new opportunities to collaborate.

We’ll convene top Next Gen leaders to discuss the most timely topics: Everything from Web3 to women’s reproductive health, the changing retail landscape, advances in A.I. and gaming, corporate activism, the state of startup financing, cyberattacks and other security risks, and much more.

So we ask you, Broadsheet readers, to nominate someone who should join us at Next Gen. Who are the up-and-coming leaders on your radar who would benefit from spending time with this community? Nominate a leader for Next Gen here or apply to attend yourself here.

We look forward to seeing you in San Diego in November!

- Paying the price. Dan Price, the CEO of Gravity Payments known for raising employees' wages to a minimum salary of $70,000, resigned from his company. He quit ahead of the publication of a New York Times article in which multiple women, including his former wife Kristie Colon, came forward with allegations of abuse, sexual assault, and predatory behavior. Former employees say that Price's online celebrity helped hide a pattern of abusive behavior. Price said he had "never physically or sexually abused anyone." New York Times

- News story. The firing of a legendary news anchor has become a major story in Canada. Lisa LaFlamme announced on Monday that she was let go from CTV after a 35-year career at the network, reportedly after clashing with Bell Media executives. Executives reportedly, among other factors, brought up her choice to allow her hair to go grey. Globe and Mail

- First in space. Nicole Aunapu Mann, of the Wailacki of the Round Valley Indian Tribes, is set to become the first Native American woman to fly to space next month. Mann will serve as commander in a mission to the International Space Station in late September. She may also travel to the moon someday, after being selected for a pool of astronauts who are eligible for NASA’s Artemis program in 2029. BBC

- Fight for privacy. The Federal Trade Commission is threatening to sue Idaho-based ad tech company Kochava, alleging it uses “unfair or deceptive practices” to allow customers to purchase the information of those who visit sensitive locations, including abortion clinics. The action comes following increased concern over data privacy in the post-Roe era and is an early indication of how the agency may assert itself. Kochava denies the allegations and said on Thursday that it would create a “privacy block” that would remove health location data from its marketplace. Washington Post

- Inking the deal. Pymetrics, an A.I.-based soft skills job assessment platform, was acquired by hiring platform Harver for an undisclosed sum. While a proponent of using A.I. in hiring decisions, Pymetrics has advocated for “more transparency” with the technology and even lobbied for a New York City law limiting the use of A.I. in hiring. The platform was founded by CEO Frida Polli and Julie Yoo in 2011 and has raised over $56 million from funders including Khosla Ventures, Salesforce Ventures, and Workday Ventures. AlleyWatch

- Higher penalty. Cleveland Browns quarterback Deshaun Watson’s suspension for sexual misconduct allegations has been increased to 11 games, and he must pay a $5 million fine, the largest in NFL history. The outcome comes as a settlement between Watson and the NFL; Watson is also required to take mental health counseling, and the Browns and NFL will donate $1 million each to sexual assault prevention programs. While Watson apologized for "any pain this situation has caused" in a statement, he still denies the allegations. Yahoo! Sports

- Workplace abuse. Washington state attorney general Bob Ferguson has filed a lawsuit against Ostrom Mushroom Farms, the state’s largest mushroom producer, alleging the company illegally fired most of its female employees. The lawsuit alleges most of the employees fired from the farm were female, and that a job ad posted online was requesting “only males” as applicants. Female employees also alleged physical abuse, including being hit and struck with metal carts, and said single mothers were especially targeted because they had to take leaves to bring their children to appointments and school. Ostrom hasn't responded to request for comment. Bloomberg

- Worsening treatment. Salma al-Shehab, a 34-year-old mother of two, was sentenced to 34 years in prison in Saudi Arabia for sharing her views on social media. Al-Shehab, a Saudi citizen who frequently tweeted about human rights and was studying for her doctorate in the U.K., was arrested during a trip home in late 2021. Human rights groups have condemned her imprisonment, claiming it’s another sign of the kingdom’s worsening treatment of women and dissenters. NBC News

After their daughters were beat by a girl in sports, Utah parents triggered investigation into whether she was transgender Deseret

‘These stories changed my life’: How Penny Marshall shaped the new League of Their Own Los Angeles Times

The secret to having 'it all'? A society that actually supports women Marie Claire

“I feel like women are so often in reaction to the world around them, particularly women in a family structure. We’re just sort of meant to respond and nurture and take care of.”

-Actor Connie Britton on her Emmy-nominated performance in The White Lotus.