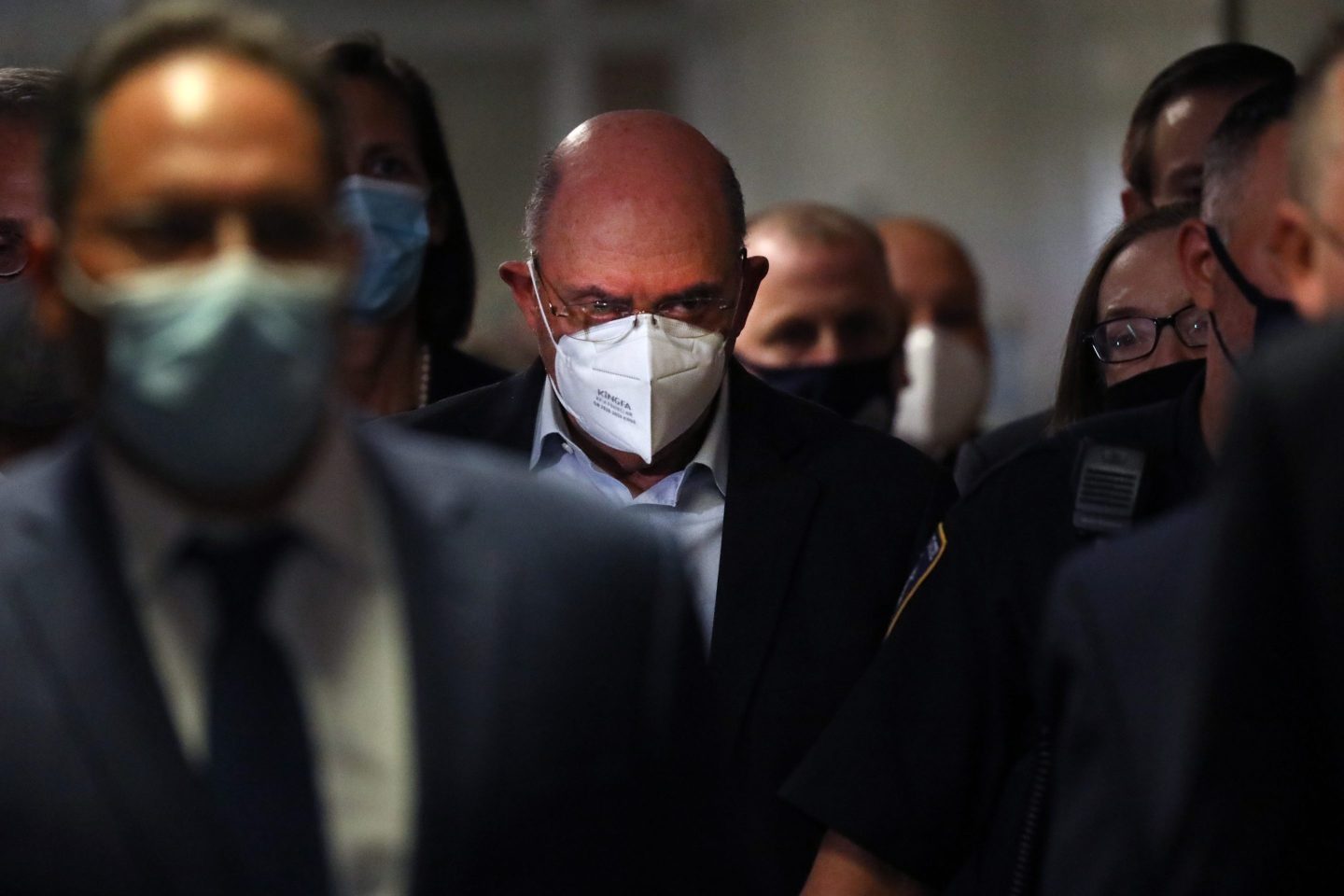 Weisselberg, 75, entered his plea Thursday in state court in Manhattan, admitting he participated in a yearslong scheme to avoid taxes by paying certain workers with unreported perks like housing and cars. The executive, who worked for the Trump family real estate business for four decades beginning under the former president’s father, pleaded guilty to all 15 counts in his indictment.

Trump hasn’t been charged in the case and, according to a person familiar with the matter, Weisselberg won’t implicate his boss as part of his plea. But because Weisselberg’s deal requires him to testify against his employer, an admission of criminal conduct could mean trouble for the Trump Organization, experts say.

The company is facing the same charges as Weisselberg. Both pleaded not guilty in July 2021 to the tax scheme, of which the CFO was the biggest beneficiary. Weisselberg was given a rent-free luxury apartment on the Upper West Side, Mercedes cars for him and his wife and private-school tuition for his grandchildren that were allegedly counted as part of his $940,000 salary.

In court on Thursday, Weisselberg admitted he received around $1.76 million in unreported income and agreed to pay nearly $2 million in back taxes.

Alan Futerfas, a lawyer for the Trump Organization, and Danielle Filson, a spokeswoman for Manhattan District Attorney Alvin Bragg, declined to comment ahead of Thursday’s hearing. A representative for Weisselberg didn’t return an email seeking comment.

“Weisselberg’s guilty plea makes it much easier to convict the organization,” said Rebecca Roiphe, a professor at New York Law School and former federal prosecutor. “A corporation in New York can be criminally liable when a high managerial agent engages in or recklessly tolerates criminal conduct when acting on behalf of the corporation.”

As CFO, Weisselberg would certainly qualify under the law as “a high managerial agent,” Roiphe said. “Weisselberg can be compelled to testify and the plea allocution essentially locks in his testimony.”

Weisselberg’s plea deal requires him to testify against Trump’s real estate company, according to two people familiar with the matter. If he doesn’t answer truthfully, that would void the agreement. According to the deal, Weisselberg won’t be sentenced until after the Trump Organization trial is concluded, the people said.

The agreement is “a big win” for prosecutors at the Manhattan district attorney’s office, according to Bennett Gershman, a professor at New York’s Pace University Law School.

While prosecutors said in court Thursday that they’d recommend six months in prison, Weisselberg’s attorney said he agreed to five months as part of the deal. People familiar with the matter said earlier he may do considerably less time with good behavior. The company faces fines if convicted in the criminal case.

Merchan set an Oct. 24 trial date for Weisselberg and the Trump Organization. If the company proceeds to trial, it could be defending the case during the mid-term elections.

The guilty plea comes on the heels of a series of hearings by the congressional Jan. 6 committee, which presented new evidence concerning Trump’s actions ahead of the Capitol riot, as well as his inaction during the insurrection. Several of the witnesses who testified before the panel have since been subpoenaed by federal prosecutors.

And it comes a little over a week after Trump’s Mar-a-Lago residence in Florida was subject to a search by FBI agents, who seized 11 sets of classified documents that were apparently removed from the White House. According to the search warrant, investigators were searching for evidence of violations of the Espionage Act and other laws governing the handling of materials relevant to national security.

Just days after the Aug. 8 search, Trump sat for a deposition in an investigation of his company by New York Attorney General Letitia James. The former president pleaded his Fifth Amendment right against self-incrimination in declining to answer almost all of her questions.

Though his refusal to answer can’t be used against him in a criminal case, it could hurt him in a potential civil case brought by James, who’s investigating whether the Trump Organization manipulated asset values to obtain tax benefits or more favorable loans. A civil jury is allowed to draw a negative inference from a person’s decision to plead the Fifth.

While it’s still unclear if James intends to pursue a civil case against the Trump Organization, that potentially poses a greater danger to the company than the criminal case, in which her office is also cooperating. New York law allows the attorney general to seek harsh penalties against companies that are found to have a pattern of illegal conduct.

Theoretically, she could dissolve a company over such violations, though a court would need to approve such a draconian penalty.

Trump has sought to stall almost all of the investigations against him, arguing while he was president that he had immunity from the Manhattan district attorney’s probe, forcing prosecutors to take the case all the way to the U.S. Supreme Court. The high court in 2020 rejected Trump’s argument and ordered his accountants to turn over his and his company’s financial records to prosecutors.

Since leaving office, Trump has continued to contend that all the probes of his conduct are politically motivated. Though these arguments have not proven successful in court, they have been widely echoed by Republican politicians and other Trump supporters.