The ‘Big Short’ Michael Burry now only owns this one stock: Meet the company that profits the more people are put behind bars 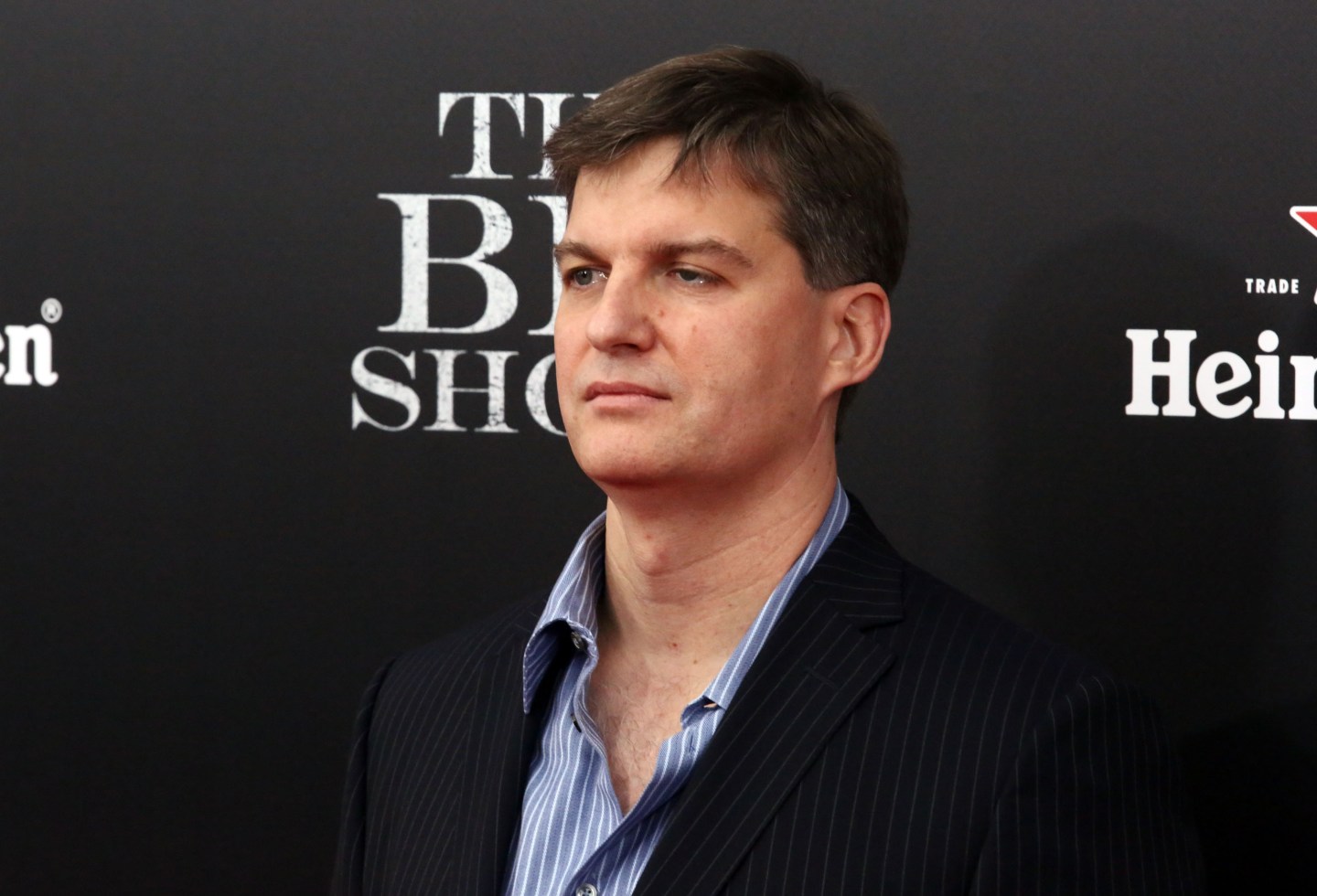 Michael Burry catapulted to fame by being one of the very few to doggedly bet against America’s subprime market at the peak of the housing boom just before its collapse triggered the global financial crisis in September 2008.

Now the contrarian investor featured in the Big Short movie has surprised market watchers yet again by taking almost all of the $200 million in assets he manages out of the stock market—save for a single, solitary bet on a company that profits the more often the government puts people behind bars.

In its latest 13F quarterly filing, Burry’s Scion Asset Management revealed that he purchased half a million shares worth $3.3 million in Geo Group, a private prison operator headquartered out of Boca Raton, Fla. Every other position was liquidated as of the end of June.

Shares in the company, whose market capitalization is roughly $1 billion, have risen 18% since Burry’s filing was published on Monday. But is a trailing 12-month price-earnings multiple of 13 justified for a company with less than $80 million in annual net profit, and should one consider an investment given the political risk?

Private prisons, a legacy of overcrowded jails in the 1980s, are a hot-button issue—popular among Republicans, opposed by Democrats. Supporters argue that private prisons offer a critical service supporting the U.S. government’s justice system, while critics counter that privatization of jails only incentivizes companies to lobby for more incarcerations to maximize profit.

“Corporations in the prison industry have a financial interest in seeing more people behind bars and for longer periods of time,” said Bianca Tylek, executive director of an advocacy group that opposes the privatization of prisons, in a TED Talk last May.

Founded by George Zoley in 1984, Geo Group is one of the only two pure-play stocks that gives investors a chance to speculate on the private prison industry in the U.S., estimated to be worth close to $4 billion annually, according to campaigners at Prison Policy Initiative.  (The other is CoreCivic, based in Nashville.)

It maintains 53 so-called “secure services facilities” in the U.S. capable of housing more than 68,000 inmates, as well as a further four scattered across parts of the U.K., Australia and South Africa.

Steven Donziger, the American lawyer who successfully sued Chevron for destroying the Ecuadorian rainforest on behalf of indigenous peoples, became an unwilling recipient of the Florida company’s services after a U.S. judge found him guilty of contempt of court in connection with the case and placed him under house arrest.

Until recently Geo Group was actually exempt from paying corporate tax thanks to being structured as a real estate investment trust (REIT). But in December, it changed its status to that of a normal corporation, and canceled quarterly dividends in order to funnel more profits to pay down debt.

Yet the new Democratic-led White House hasn’t been kind to companies like Geo Group, whose net profit peaked in 2019 at $167 million.

In January 2021, shortly after taking office, President Joe Biden signed an executive order that said existing government contracts with private prison operators would not be renewed.

It cited a Department of Justice 2016 report from the Inspector General that private prisons “do not maintain the same levels of safety and security” for either prisoners or guards.

This led to Geo Group losing seven of its direct contracts with the DOJ last year, when annual profits slumped by some 30% to just $77 million.

There was one important exception to Biden’s executive order: It did not include facilities in which undocumented migrants are held by the Immigration and Customs Enforcement (ICE) agency.

Detaining migrants on behalf of the U.S. government has been a rapidly growing business ever since Donald Trump took office.

Just under eight out of 10 people in ICE’s custody were detained at a privately managed prison such as Geo’s Moshannon Valley Correctional Facility, according to the American Civil Liberties Union.

Geo Group’s 2021 annual report lists ICE as its single largest customer, responsible for a quarter of its revenue. That makes the agency far more important than the Federal Bureau of Prisons, which contributes just 9% of its topline by comparison.

Burry’s investment rationale is unknown. Unlike other celebrated investors with large social media followings, like Cathie Wood, he rarely comments and never publishes his investment research. And his firm’s website is blank save for an email address.

The few exceptions are the occasional warning tweet from a personal account he then soon deletes. (A Twitter account has been opened to serve as an unofficial archive that reposts screenshots before they are erased).

Burry recently confessed he “couldn’t shake” the feeling that investor enthusiasm is misplaced, the worst is not yet over, and equities are only in the midst of a bear market rally with fresh lows still to come.

By cashing in almost all his chips at the end of last quarter, he’s putting his money where his mouth is.

Yet precisely why he would choose to own Geo Group as his one and only stock is unclear—perhaps it is a bet on a sweeping Republican victory in state and federal elections come November.

The company itself had no answers: Geo Group did not respond to inquiries from Fortune.