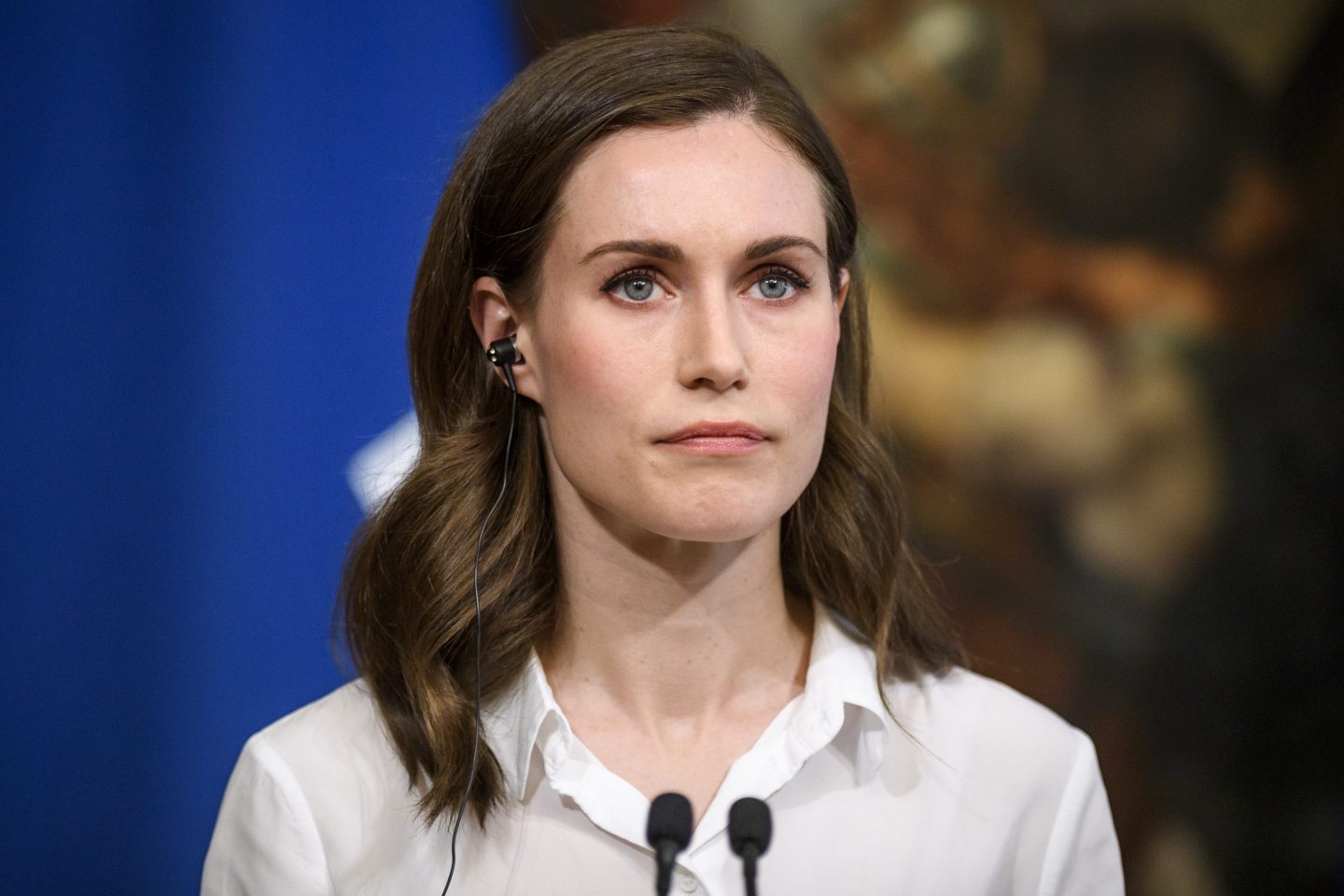 Sanna Marin, the Prime Minister of Finland, has faced criticism after a video showing her partying with friends circulated online.
Antonio Masiello—Getty Images

Everyone likes to blow off steam during their time off work—but Finland’s prime minister found herself in hot water this week for doing just that.

Sanna Marin, 36, was forced to defend her position and her private life after a leaked video of her partying with some pals circulated on social media.

In the video, which was originally published as numerous Instagram Stories, Marin can be seen in white pants and a black tank top singing and dancing along to Finnish pop music.

According to local newspaper Iltalehti, various high-profile Finnish personalities were with her in the footage, including influencer Janita Autio, radio host Karoliina Tuominen, and stylist Vesa Silver.

Iltalehti also reported that someone can be heard shouting about drugs in the background of the video.

However, Euro News reported that the Finnish slang word “jauhojengi”—which translates to “powder gang” and is used in reference to cocaine—may have been confused with “jallu jenny”—a reference to a popular type of brandy called Jaloviina.

Finnish lawmakers Mikko Karna, from Marin’s coalition partner Centre Party, and Riikka Purra, chair of the far-right Finns Party, have both called for Marin to take a drug test to prove she is not using any illicit substances.

“Just for the sake of the discussion in public, it would be wise if the prime minister voluntarily went through a drug screening, the results of which would be made public by an independent body,” Karna said in a tweet on Thursday. “The people are also allowed to expect this from their prime minister.”

Speaking to reporters on Thursday, Marin said she had “nothing to hide.”

“I haven’t used any drugs, so it’s not a problem to take a drug test, but I also think it’s quite unusual that this is required,” she said. “I didn’t see any evidence that anything was used anywhere.”

She said the party seen in the footage had taken place weeks ago, adding that her official security personnel were close by but not in attendance.

“Yes, I was singing, dancing, hugging my friends, and drinking alcohol,” Marin added. “I have a family life, a work life, and also my free time, and I spend time with my friends.”

Last December, Marin came under fire for going to a nightclub shortly after a colleague had tested positive for COVID-19, although she had not broken any of Finland’s coronavirus rules or restrictions.